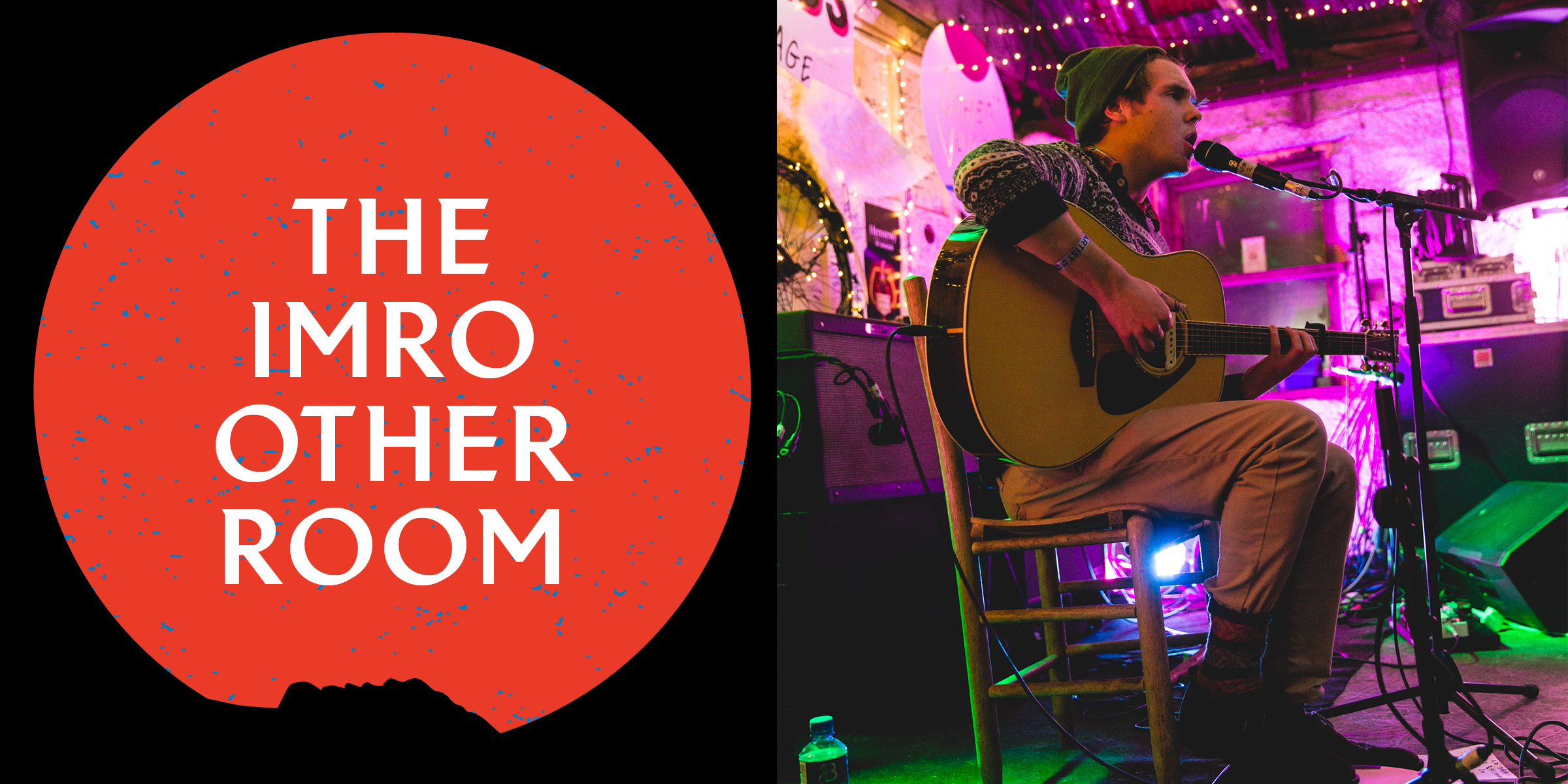 Junior Brother is an experimental alternative folk singer-songwriter from Co. Kerry, Ireland, playing sometimes humorous, sometimes heady tunes. We are delighted to be welcoming Junior Brother to Dingle this year to perform in the IMRO Other Room. We've become avid listeners of Junior Brother's releases, admiring his witty lyrics, poetic and arcane, that unfold over idiosyncratic guitar and foot tambourine accompaniment.

Junior Brother takes musical influence from his upbringing in rural Ireland, and also from artists further afield. We were keen to learn more about some of Junior Brother's favourite songs and influences, so we've handed the reigns of our Spotify account over to him. Enjoy the tunes!

Death Grips' unbridled, demented rage is an enormous, fascinating and beautiful thing to behold, and I think this track encompasses most of what makes them so great and groundbreaking. This track is surely one of the best album openers of all time.

2. Richie Kavanagh - "Keep The Shovel Tippin'"
I love the sort of rural naivety in Richie Kavanagh's music, and also how everything is always edged on the fine line between Naff and Genius. This song advocates doing the absolute bare minimum in the workplace, barely asserting oneself at a handy pace, and thus getting through the daily grind of life.

3. The Residents - "Blue Rosebuds"
This is from the Residents' 1978 "Duck Stab/ Buster and Glen" LP, one of my all time favourite albums. This is a band of 4 lads who for over 40 years have remained completely anonymous, appearing in public wearing tuxedos and top hats with giant eyeballs for heads. I love how I have no idea what 90 per cent of the instruments used in this album even are. This album in particular never fails to make my jaw drop and skin tingle with pure excitement and joy.

4. Ensemble Unicorn - "Cantigas de Santa Maria No. 206 - Quen Souber de Santa Maria"
This tune is from the Cantigas de Santa Maria (Canticles of Holy Mary), a collection of 420 poems with musical notation that dates from the 13th century. The narrative in the original poem which accompanies this tune relates to the following scene; Pope Leo is saying mass and the devil makes him become tempted by a woman in the crowd. After she goes up to the altar and kisses his hand, he goes mad with temptation, runs away from the altar and cuts his hand off. The Virgin Mary appears, puts his hand back together and he shows the crowd. The music evokes the madness that gets into the Pope, and conjures up an archaic, demonic scene that's fitting for the story. There's heavily improvised parts in this interpretation, especially heard near the end, which nearly makes it sound like Medieval Free Jazz.

5. Kieran Mulvihill - "No Fruit To Bear"
Kieran Mulvihill is a singer songwriter from Listowel in Kerry, and he has some great tunes. I fell in love with this song from the moment I heard him first do it live. Over languid, organic guitar picking, the lyrics beautifully detail rural living and leaving, experiences he and me would be familiar with. Leaving home is a stalemate situation in this song, with nothing at home for the narrator to go back to, and the heartbreak of having left always present, away from family and the fields.

No Fruit to Bear

6. Kate Bush - "Waking the Witch"
I must have heard Kate Bush's music very early on in my childhood, because her music grips this part of my subconscious in a way I've never been able to explain. Very subtle elements in her music and visuals bring about profound, familiar associations with the landscape where I grew up in. Her album "Hounds of Love" hits this part of me unlike any art I've ever experienced. And this particular song never fails to whisk me away into its dreamy, ancient, deeply familiar world.

7. Girl Band - "De Bom Bom"
Seeing Girl Band perform for the first time was an earth - shattering, road to Damascus moment for me. It was a YouTube video of them in a hostel in Iceland performing to a tiny crowd, some confused and some thrilled. They continue to be a huge inspiration to me in how they approach every aspect of writing and performance.

I think this is probably the greatest song ever written. The musical air was lifted from elsewhere to carry the Pecker's personal and devastating lyrics of living a life of hardship and adversity. One of my earliest memories is of seeing the Pecker Dunne playing in the Market Square in Killarney as he often did when travelling to my home town. I only realised it was him after seeing photographs of the man many years later when I began to really get into his stuff.

9. David Munrow and the Early Music Consort of London - "Scaramella Va Alla Guerra"
David Munrow was an early music historian and musician who died very young in the 1970s. His work breathed new life into Medieval and Renaissance music, and his arrangements have been quite influential on me. The use of tambourine in a lot of Munrow's arrangements, and in Medieval/ Renaissance music in general has proved really inspiring in how I use the tambourine with my foot in my own arrangements. I also am in love with the strange hollowness of Medieval and Renaissance music, which makes the music sound distinctly apart from modern times.

10. Danny Brown - "Downward Spiral"
There are a select few vocalists who have been quite helpful in guiding me toward my own voice while I was trying to find it. Danny Brown was one of the more recent. I love how he throws his voice in a way which is as far away from a macho sound as possible, which is always refreshing in hip hop. Irish Folk down through the years has often tended to sound quite testosterone-fueled to my ears. Maybe not unlike Danny Brown, I aim to explore the less masculine-sounding caverns of my own voice, and hopefully in doing so push into new territories.