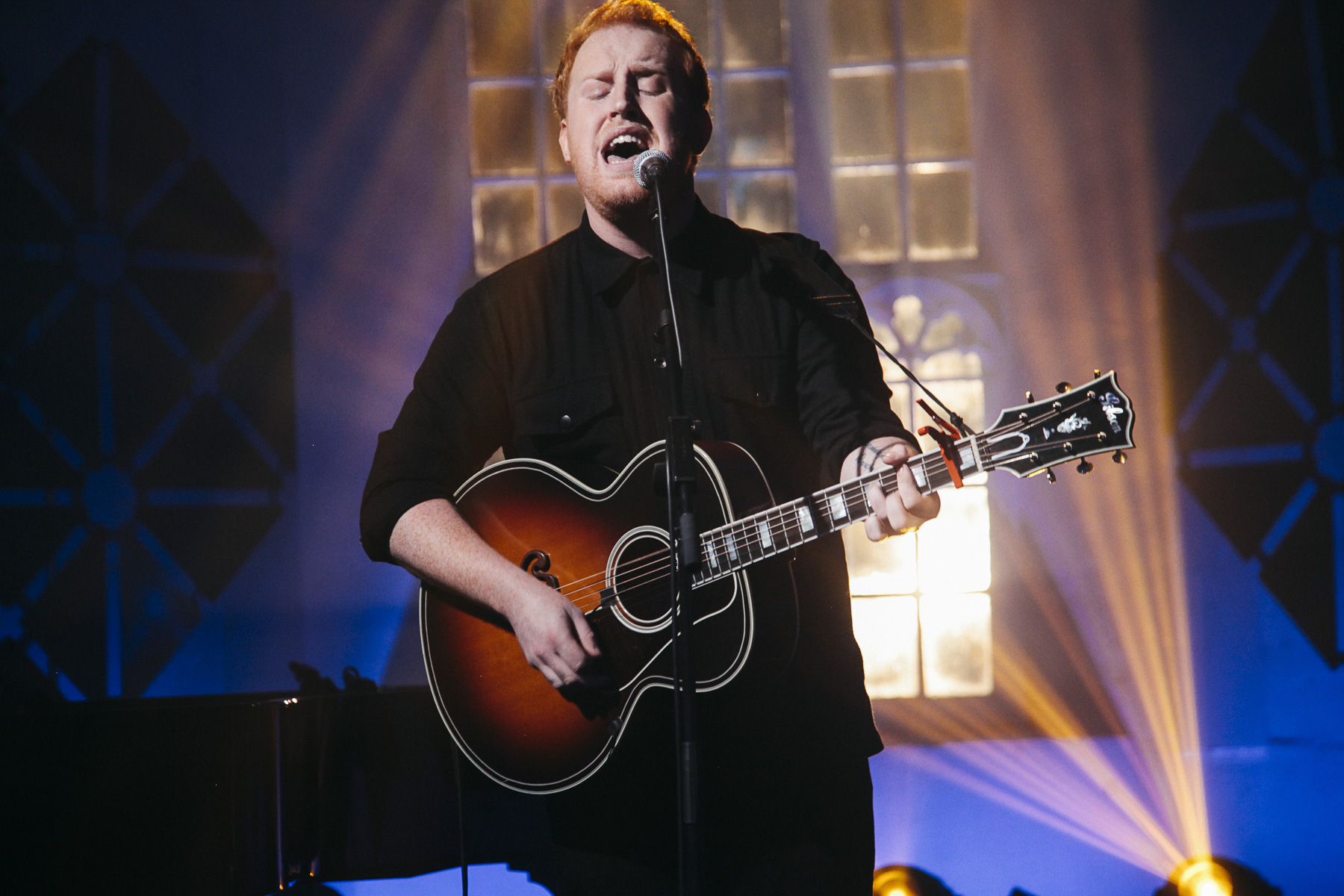 With Storm Desmond gone and the busiest night of the weekend having passed, Dingle on Sunday is left in a more serene place. For one thing, you can walk up and down the main street without getting drenched. For another, there is less of a rush to the programme but no reduction in quality.

Over the course of an afternoon, I get to sway to the post-rock instrumental arrangements of Overhead, The Albatross, tap my feet to Skipper's Alley in An Lab, nod along to Saramai's set in Grey's Lane Bistro and spend a pleasant hour and a half at Banter where Donal Lunny gives us a musical history lesson and Una Mullally inspires and impresses in her engaging chat with Jim Carroll.

The church is the big draw on the Sunday night though Benner's Hotel and pubs like Kennedy's still have many glued to the screens for the live streams. Gavin James is up first. It's his second visit to Other Voices and he largely plays songs from his new album Bitter Pill. Despite a big record deal with Capitol Records and a trajectory that has the Dubliner pitching up in the pop stakes, his set is pleasingly stripped back, only joined occasionally by a band member. After Ed Sheeran's recent ascendance, James' melodic singer-songwriter style is ready for the world. A sweet cover of the Magnetic Fields' 'Book Of Love' is appreciated much while the Louis Armstrong-aping 'Wonderful World' doesn't quite hit the mark.

By contrast, English singer-songwriter Keaton Henson has body language that looks like he had to be coaxed out to the stage under duress. As presenter Huw Stephens remarks, it was a surprise to see Henson's name on any live lineup. But my, are we glad, he chose Dingle to share his songs with us. A reluctant little bird he may appear but his songs are of considerable wealth. He moves between his guitar and a Steinway piano, with the comfort blanket of lyric sheets. His songs are almost all about a relationship that has run its course, his brittle falsetto and delicate playing, pointing to his fragility. One song beautifully "recounts an honest and non-romantic take on a relationship and another, has him singing “After all I'm an artist / That's the most honest thing I've written yet / I've still got art in me yet. Don't forget.” There's no chance we will after this.

Gaz Coombes is now two solo albums deep into a solo career away from the now defunct Supergrass and the Englishman is still recognisable from his sideburns and his unique vocal tones despite the songs. Live in St. James' Church, Coombes has stripped back the large arrangements as heard on his recent Mercury Music Prize album Matador to some loop-pedal assisted backing tracks, his acoustic and his voice. It is more than enough for an engaging and enjoyable run-through of songs like 20/20, which lose nothing in charm.

For a blast of energy, in case anyone in the pews was flagging, Otherkin arrive to perk up the night with some blasting indie-rock music. The Dublin four-piece channel a Brit-rock sensibility on songs like 'Feel It' and 'Ay-Ay'. It's early days for the band yet but it's easy to hear why they've soundtracked a Rimmel ad with their blistering and immediate rock music.

For the last set of the night, Ane Brun takes us skyward with a beautiful and bristling set of imaginative Scandinavian pop music. The Swede's sixth album When I'm Free gives us a set featuring the booming percussion and piano drama of 'Directions' and the electro-pop of 'Shape Of A Heart', with violin and bells lifting the dynamics. A talented singer, who is able to cover Beyoncé's 'Halo' as easily as write the cinematic theme song, 'Daring To Love,' for a Juliette Binoche-starring film about a war photographer (A Thousand Times Good Night), Brun's voice remains at the centre of the music's appeal, an understated yet dexterous diva.