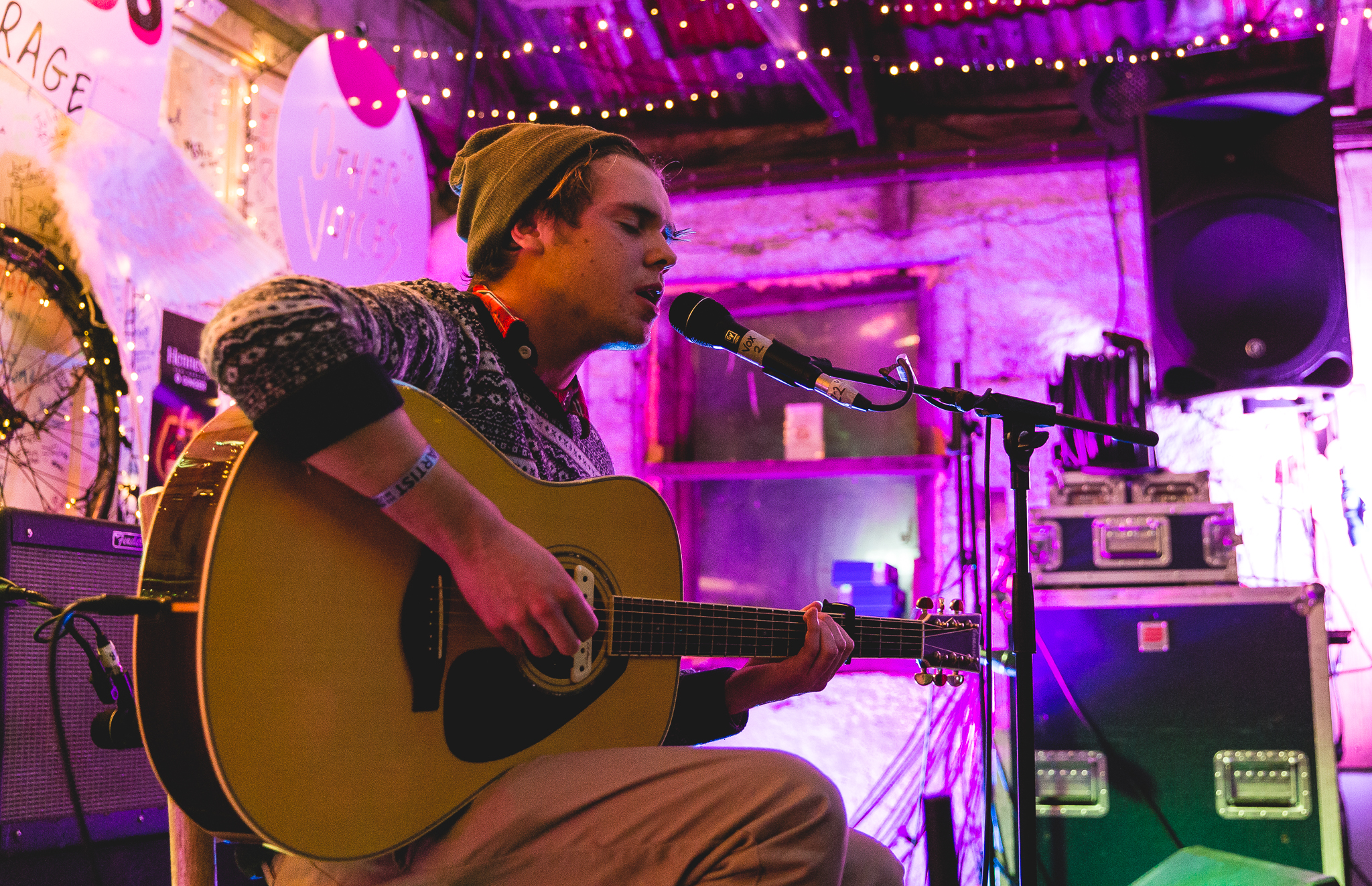 More unique voices and ones to watch from day two on the Hennessy Music Trail...

Hot on the heels of her complementary performances with BellX1 at Dublin’s National Concert Hall during the week, Ena Brennan comes to Dingle to perform in a much smaller and tighter space, where people step over the wires, walk past her line of vision, and whoop the likes of “Goodonya Ena!” Using spare - some might say bare - instrumentation of violin, acoustic guitar and keyboard, Brennan uses technology to fill her sound as she digitally loops sections of what she creates to self-texture the music. The overall effect is as amazing as it is rare. Occasionally, Ena uses her voice – singing and speaking - as another sonic enhancement, also looping it into the mix. This is just as beguiling, with the elemental lyrics an intriguing contrast to the rather more abstract (but none the less lovely) music. The end result is that exceptional thing - like nothing you’ve never heard before, art created out of tradition that is simultaneously offbeat and breathtaking.

Ireland, we love you, we really do. Joining the likes of Lisa O’Neill and Jinx Lennon on the Authentic Outsiders list is Junior Brother (aka Ronan Kealy), a songwriter from Killarney. He begins as he means to go on – with a local dialect that is as thick as a lump of coal and just as unapologetic. Songs such as No Country For Young Men, Castlebridge, and Hungover At Mass (this one destined to become an Irish folk/pop classic) set the mood. An accomplished acoustic guitarist, Kealy uses the music as a bed for the lyrics, which are colloquial to the nth degree and which are clearly sung along to by many people in the audience. Despite the vernacular feel of the songs, however, there’s a firm sense that Kealy will soon be a figure known not just in the southern part of Ireland (or in parts of Dublin, the city in which he is now based). Like Lisa O’Neill and Jinx Lennonbefore him, Ronan Kealy uses particular folk/punk idioms – rooted in Ireland, and wholly apparent in the naming of his second EP, Fuck Off I Love You - that will undoubtedly find an even wider audience outside Ireland.

Dublin’s Silverbacks make as filthy a batch of music as the weather outside. Unusually for an act on the Music Trail, Silverbacks already have a debut album under the belt – 2015’s Hot Bath. Three years on, and the band have inevitably tightened up as well as forged a firmer outline of what they want their music to be. Adopting the sheer heart attack approaches of various bands is all well and good, but there’s something else at play here that marks them out as no mere copyists. With three guitarists, multiple lines filter in and out of the songs in the way that hints at a deep-rooted love of Television/Tom Verlaine (this is, by the way, a very good thing) as well as various other post-punk acts. They might also have a way to go before their influences are incorporated into something truly their own but on the basis of what we have heard here that won’t be too far away.

It isn’t always newly minted music acts that play the Music Trail. This card is clearly marked by Galants, a Dublin band that have been around and about for some years. With fuzzy guitars and a member that wears a Teenage Fanclub t-shirt you possibly already have an idea of what you’re going to get. It isn’t a criticism to say that you’re not wrong. There’s a bit of a feedback problem with the sound, however, that makes the already gloriously loud pop/noise quite uncomfortable for the ears to adjust to. When the feedback disappears, the music is a love-in with the likes of Husker Du, Dinosaur Jr, My Bloody Valentine, and all those 90s indie acts you loved and thought you had forgotten. Pity about that feedback, though – if they had been able to conquer it, this would surely have been a zinger of a gig.