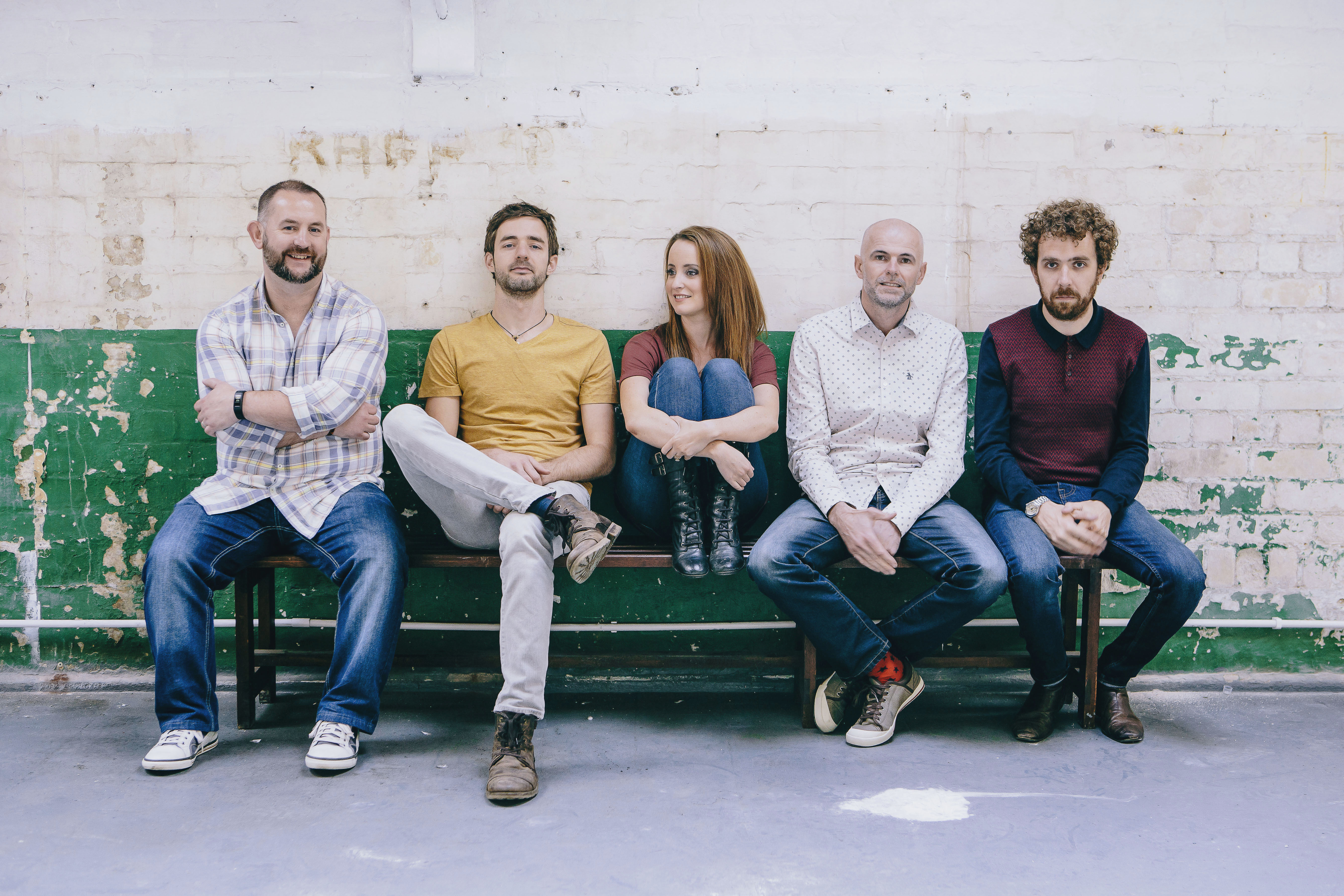 "I think the government should support the arts much more than they already do, arts funding has been constantly cut in recent years, and the quotas for Irish music on Irish radio should be raised".

Beoga have worked hard for recognition. Forming over 15 years ago, after meeting at the All-Ireland Fleadh, they've made five critically acclaimed albums to date, being nominated for Grammys and hailed by the Wall Street Journal as "the most exciting traditional band to emerge from Ireland this century". In the last year, Beoga have had a further commercial crossover, thanks to their collaborations with Ed Sheeran. Co-writing the massive hit 'Galway Girl', they also feature on the track 'Nancy Mulligan' from his album Divide. We're thrilled to have Beoga join us at Other Voices Belfast in the Duncairn Arts Centre on October 28th. Here they give us a bit more insight on their recent collaborations, songwriting process, and the state of traditional music in 2017.

You’ve recently been collaborating with Johnny McDaid from Snow Patrol, how has he impacted on your music?
He’s given us new perspective and goals, he’s one of the biggest songwriters in the world at the minute and it’s interesting to get a glimpse into that world. It’s so far from the folk world we’re used to, but the end game is still the same, to make good music.

What do you think you learned from your collaborations with Ed Sheeran?
We learned from Ed that you don’t get anywhere without being really proactive, he never stops working. He’s always touring, writing, thinking ahead and trying to better himself. He’s one of the hardest working people we’ve ever come across, and that ambition is inspiring.

How did growing up in Antrim, Derry and Limerick shape your relationship to traditional Irish music?
All of our areas had strong music growing up. Whether it was having local sessions or like minded musicians on your doorstep or in Niamh’s case, having her father’s long love and experience playing music. It all helps rub off, we were all playing as kids and when you’re surrounded by solid music it kind of seeps in.

Does Ireland do enough to support traditional music? Was it difficult to sustain yourselves prior to receiving international recognition?
Ireland is one of the toughest places to make a living playing Irish music, that’s why most people go abroad to Europe or the States to try and make it work. It’s a combination of things that make it difficult really. There’s an abundance of good music so there’s always the argument, why would people pay when they can hear it for free in the pub. Personally though, I think the government should support the arts much more than they already do, arts funding has been constantly cut in recent years, and the quotas for Irish music on Irish radio should be raised. I think that would be a starting point to help make it sustainable.

Do your songs usually develop out of jamming and improvisation? Are they constantly evolving live as a result?
They usually have some shape before we start, it might be a melody idea from someone and then we try and build on that. Everyone will work around on small ideas and then we kind of gather them up and see what works together. So it could be a groove idea and then figuring out a melody or vice versa.

You’re known for fusing trad with other disparate influences - what music has been inspiring you recently?
We’re always all into different things really. What we’ve been trying to do recently though is build strong melodies which are always useful starting points for tune ideas or riffs over songs.

You’ve all played together for many years now. How do you keep harmony in the group?
We kind of just get along and know when to leave each other be. We’ve been pretty lucky, there’s rarely ever disharmony, and if there is, it’s usually easy to chat and figure a way through. Everyone is pretty patient with each other which helps.

Through yourselves and groups like Lankum, traditional music seems to be connecting with a younger audience as well many more people outside Ireland. Is it a good time for Irish traditional music?
Hopefully! There are lots of young fans that come to the gigs which is a good sign. Also, there are plenty of incredible young talents out there, bands like Moxie and Cuig are constantly pushing the boundaries of what’s expected from an ‘Irish band’, hopefully they keep getting the opportunities to showcase their chops and show what the country has to offer.

What can people expect when you take to the Other Voices Belfast stage?
We might do a couple of new pieces we’ve been working on. We have played in the Duncairn a few times over the years so it’ll be nice to see some familiar faces.