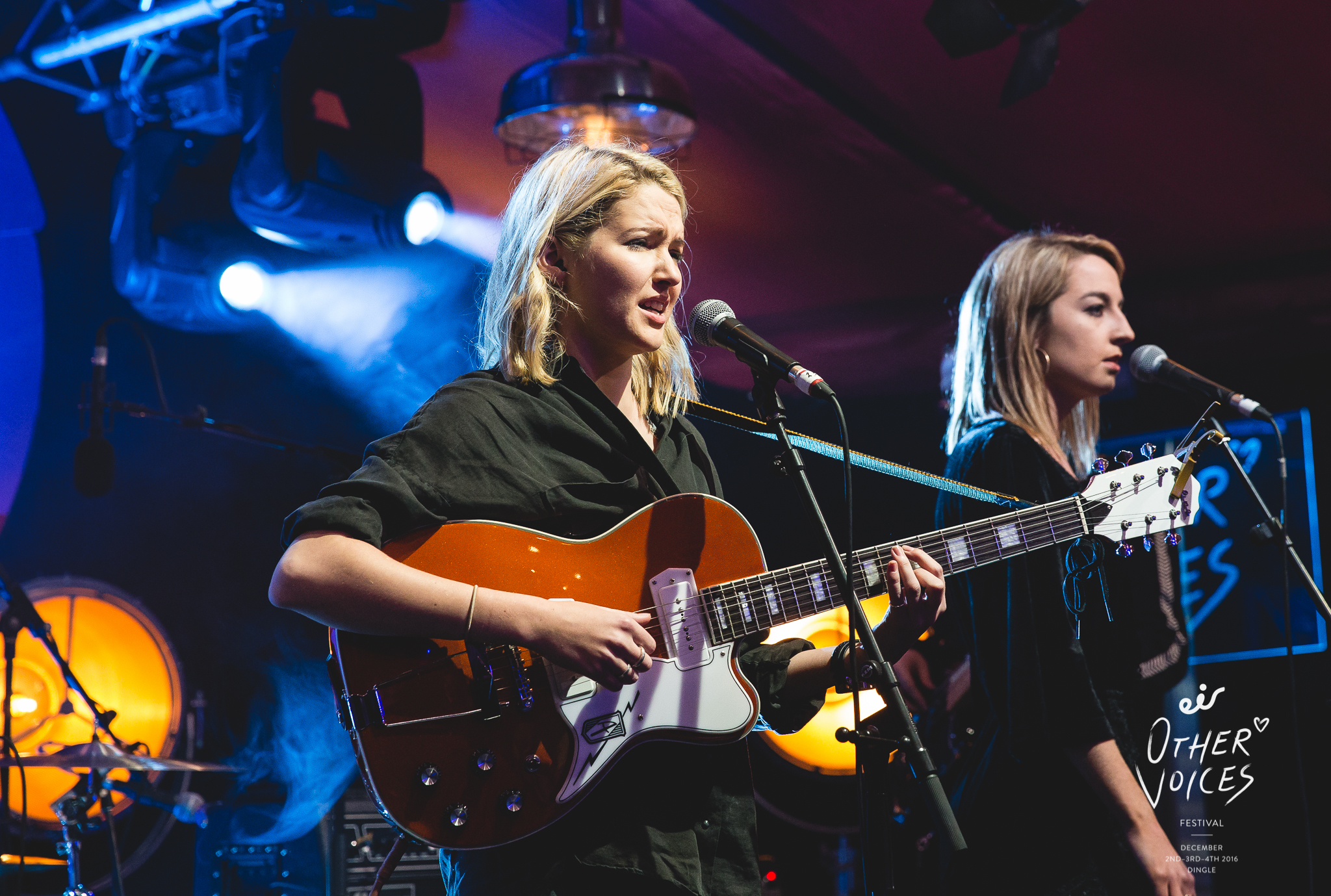 "I think people hear what they want within a song, so no matter how personal it is to you, people make it personal to themselves in a different way."

Ailbhe Reddy has fast emerged as one of the most promising young songwriters in Ireland today. Writing with an emotional honesty and attention to detail that suggests great things to come, the Dublin songstress won the popular vote and was viewer's choice to appear at this year's Other Voices in the IMRO Other Room. Picked as one of Nialler9's 'Artist To Love' for 2017, Ailbhe has one EP under her belt, 'Hollowed Out Seat', which has been streamed over one million times on Spotify. Ahead of the IMRO Other Room Special being broadcast on RTÉ 2, Thursday 9th March at 23.30, she told us more about her inspirations, musical development and plans for the future.

How long have you been writing songs?

I’ve been writing songs since I first started playing guitar at age 12. Those songs were confined to my room until I finally worked up the courage to start playing gigs when I left college.

What initially inspired you to make music?

I grew up in a family that loved music, my older siblings and my mum would have always played an eclectic mix of songs in the car and around the house. My mum would have had us listening to more traditional singer-songwriters like Leonard Cohen, Don McClean, Bob Dylan, Simon & Garfunkel etc. My older sisters would have provided me with my taste for more contemporary music like Jeff Buckley, Nirvana, and Fiona Apple. I think that mix really put a focus on lyrics for me. Ever since those car journeys home from school I’ve been inspired to get my thoughts and emotions across to others through music.

At what point do you think you find your own voice as a songwriter?

Probably when I started writing the material for my E.P. ‘Hollowed Out Sea’. I began to find the balance between the sound and the honest lyrics I wanted to release. I had been holding back a lot in my writing before then, it was really liberating to say things as honestly as possible in my music.

You initially started gigging acoustically on your own, now that you have a full band does your approach to writing music change?

Definitely! I now don’t just write for me, I write with a full band in mind. I can still strip back my songs and they still make sense alone but I find it far more energetic and enjoyable to play with a full band. I met them all through friends I had in BIMM, they’re all incredible musicians.

Tell us about the last song you wrote.

The last song I wrote (and finished!) is called ‘Never Loved’. I had been working on the lyrics and concept for a few months before finally honing in on exactly what I wanted. It’s about realising that you lost a relationship you cared about because you just didn’t try hard enough to maintain it.

How much of your songwriting comes from direct experience?

All of my songwriting is from direct experience. I don’t really know how to write about anything else.

Do you worry about revealing too much in songs?

I used to, but people seem to really connect to the honesty so that has eased any fears I used to have. I think people hear what they want within a song, so no matter how personal it is to you, people make it personal to themselves in a different way. There is always a universal theme that people can connect to.

How was your weekend at Other Voices? Did you get to see any other acts during your time in Dingle?

I had an amazing time and got to see a lot of other acts in the Other Room like Meltybrains? and the always wonderful AE MAK. I also got to see Rosa Nutty on the trail, who is an amazing singer-songwriter.

For anyone who hasn’t seen you performing, what can they expect?

For anyone who has listened to my music and likes it, I think they’ll enjoy the honesty and intimacy of a live set.

I just played my first headline show presented by MCD in the Sugarclub on the 22nd of February, I’m playing my first show in London and I will be playing plenty of shows around the country and Canadian Music Week over in Toronto too. I’ll also be releasing new material.

Who are you listening to at the moment? What/Who do you find inspiring?

I’m listening to a lot of Lianne La Havas, Margaret Glaspy and Hundred Waters at the moment. All very different but all incredible songwriters that I find inspiring in different ways.