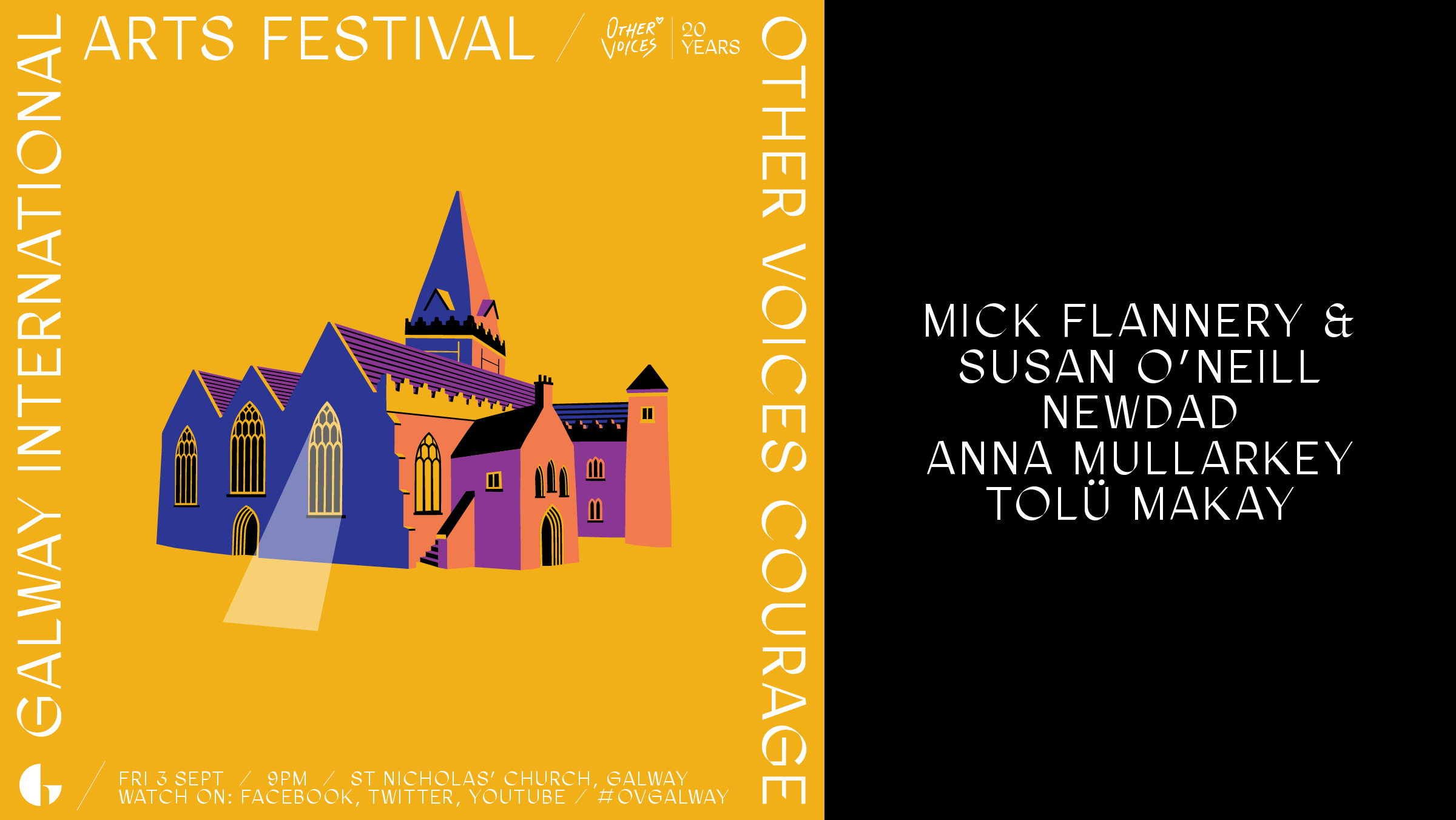 We're over the moon to announce that for one night only we're teaming up with the iconic Galway International Arts Festival to bring you 'Courage' live from the beautiful 13th Century St Nicholas' Church.

Together with our friends at Galway International Arts Festival we've dreamt up a stunning line up of voices who will perform songs for the head and the heart live from Galway City on Friday 3 September.

“We were delighted to receive the invitation to be part of Galway International Arts Festival in this of all years. Galway has always cherished and celebrated a diversity of musical voices and Other Voices is very pleased in this our 20th year to put together a programme that is in tune with the ethos of the festival and to share stunning performances from St Nicholas’ Church in the heart of Galway with the world." Philip King, Other Voices Founder

“We are delighted to collaborate with Other Voices Courage on this fantastic livestreamed event from the ambient St. Nicholas’ Church during the Festival. This concert will make for a very memorable and special Galway night." Paul Fahy, Artistic Director, Galway International Arts Festival

Galway dream-pop sensations Newdad have fast become ones-to-watch following the release of their ‘Waves’ EP which was championed by everyone from BBC 6 Music to Pitchfork. The lo-fi indie quartet make their festival debut ahead of a sold out Irish and UK tour this winter.

‍Galway dream-pop sensations Newdad have fast become ones-to-watch following the release of their ‘Waves’ EP which was championed by everyone from BBC 6 Music to Pitchfork. The lo-fi indie quartet make their festival debut ahead of a sold out Irish and UK tour this winter.

Galway’s own trailblazing composer and producer Anna Mullarkey is a rare talent who has been likened to icons such as Björk, Billie Holiday and Philip Glass. Anna will bring her unique blend of folk and electronica to the festival stage for what promises to be a mesmerising performance in her hometown.

‍Gifted multi-instrumentalist Susan O’Neill and renowned Irish song-writer Mick Flannery spent much of last year writing and recording together, developing a deep musical connection which they showcased during their breathtaking Other Voices Courage 2020 performance. They return to Other Voices once again for another inspiring collaborative performance ahead of the release of their duet album ‘In the Game’.