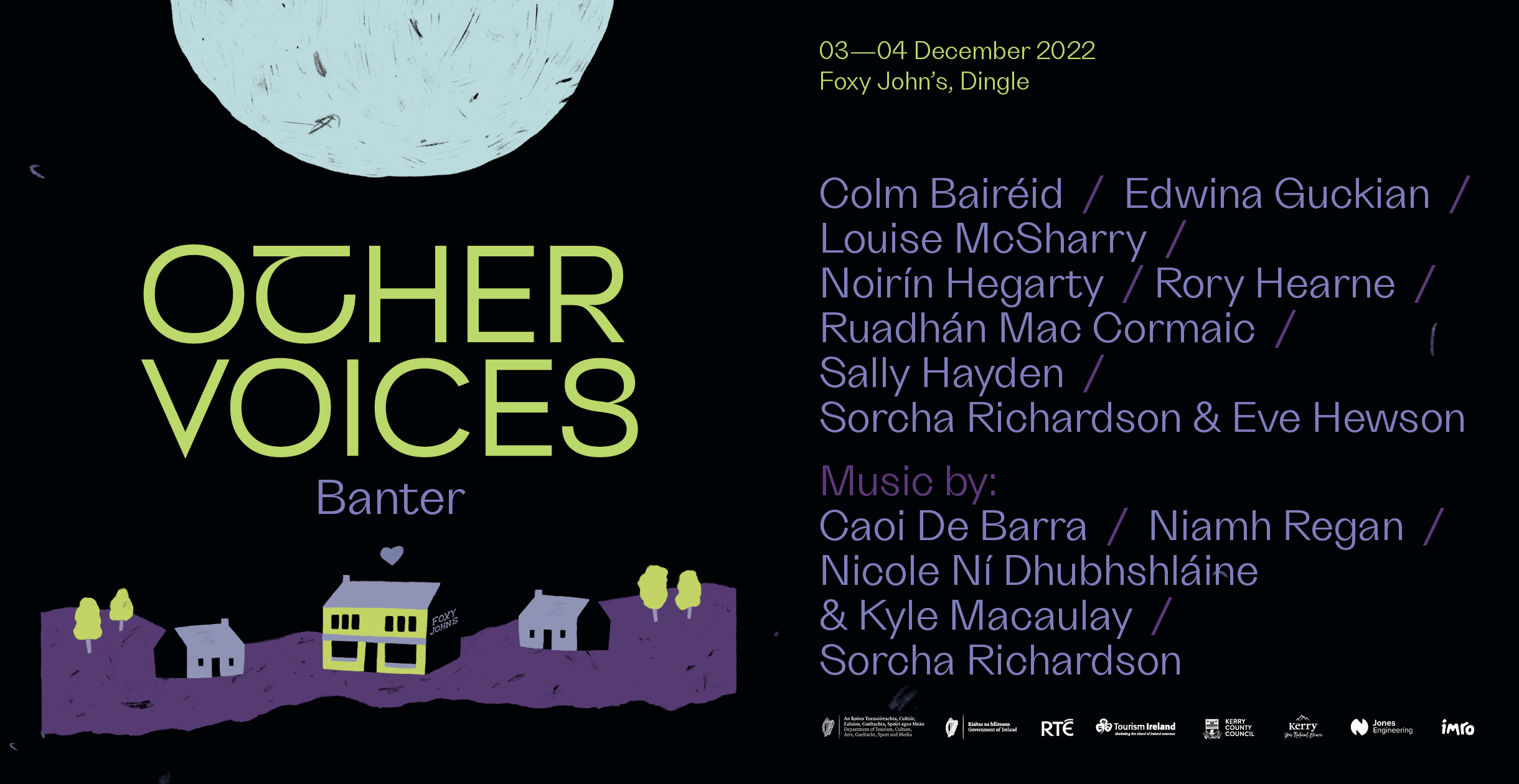 Entry to Banter will be on a first-come, first served basis each day so make sure you get down to Foxy's nice and early! Day-by-day line up coming soon.

Banter is an ongoing series of public interviews, conversations and discussions which take place in big and small rooms throughout Ireland, Europe and the United States. We’ve been part of the furniture at Other Voices since 2012 and our dozens of guests have joined us out the back of Foxy John’s in downtown Dingle to tell stories about this, that and the other. The interviews are hosted by Jim Carroll and Banter Other Voices is produced by Molly King. Yes folks, it really is a Carroll King Production.