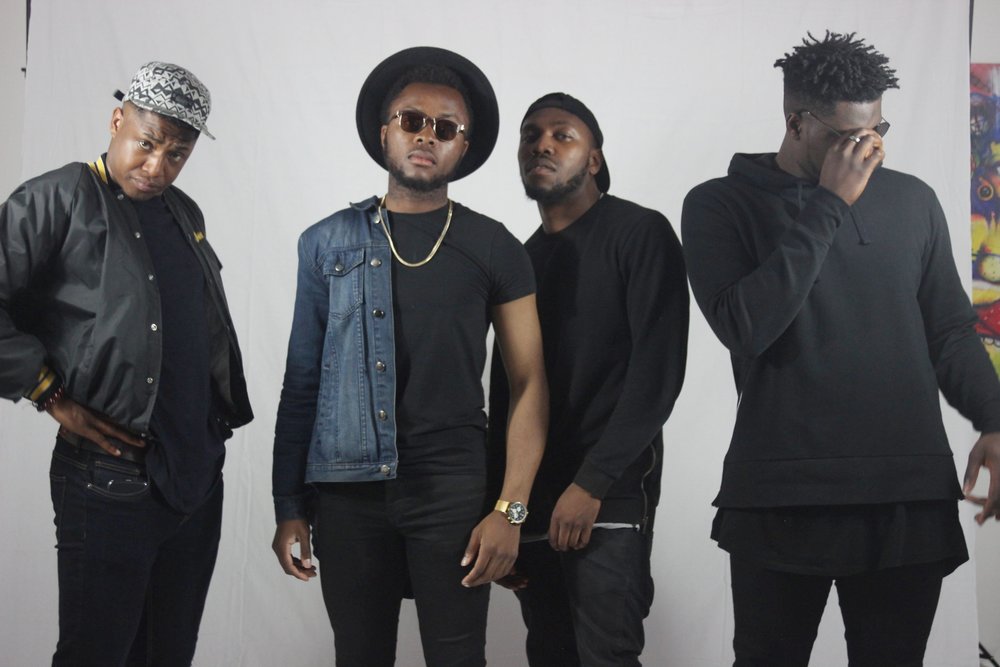 "We always try to get everyone on the same wave, you know? Get them feeling the music the same way we do on stage and it's worked for us thus far...It's the best feeling in the world"

Super Silly are a band with a unique backstory. The quartet made up of Solbas, Glory, Whodis and Grvz first began playing music together as kids in church, honing their craft playing gospel music. As they became adept instrumentalists, they branched out as backing musicians for groups such as Hare Squead. Forming Super Silly in 2015, the group has been turning heads with their blend of modern R&B, old school hip hop and gospel energy. Ahead of their Other Voices debut at Electric Picnic, the quartet spoke to us about their songwriting process, production team and plans for the future.

You’ve talked before about faith and God becoming more prevalent in hip-hop over the past few years through Kendrick and Chance The Rapper - does religion influence your own lyrics or music?

We wouldn't really call it religion. We'd settle more for the word spirituality. There's definitely a sense of spirituality in our music because of our background and our parents. We use the things we know and our experiences and we apply them to our music.

What can you tell us about the Super Silly songwriting process?

The song writing process is pretty simple. Someone comes up with an idea or a hook and we meet up to develop it and turn it into something that we think everyone can relate to. We always want our music to be relatable.

You guys are members of the Word Up Collective, what can you tell us about it?

The Word Up Collective has been good to us for sure. They're always supportive of our ideas and the things we want to do. The journey has been good so far and we can only hope it continues that way.

Have you been collaborating with other Word Up members?

We haven't been collaborating with any of the Word Up members, but it'll happen soon. The vibe just needs to be right.

You’ve also worked with Diffusion Lab on your releases so far - what do they bring to your music?

The Diffusion Lab guys are geniuses, end of discussion. We love working with them 'cause they always bring something crazy to the table and that's what we want - crazy. We have an idea and before we even express it to them they know what to do. We love those guys for sure.

Super Silly - Not Ready to Leave

You’re joining us at Electric Picnic, will this be your first time at the festival?

It's our first time performing at the Picnic as Super Silly. We've done it plenty of times before playing for other artists. We're still session musicians!

For anyone who’s never seen you live, what can they expect from a Super Silly gig?

Well you can definitely expect to have a good time. We always try to get everyone on the same wave, you know? Get them feeling the music the same way we do on stage and it's worked for us thus far. We've seen people lose themselves in the crowd while we're losing ourselves on stage. It's the best feeling in the world.

What’s next for Super Silly?

We're releasing music very, very soon. We've been quiet for a minute, but the rest of the years is looking a lil' juicy. That's all we'll say for now.