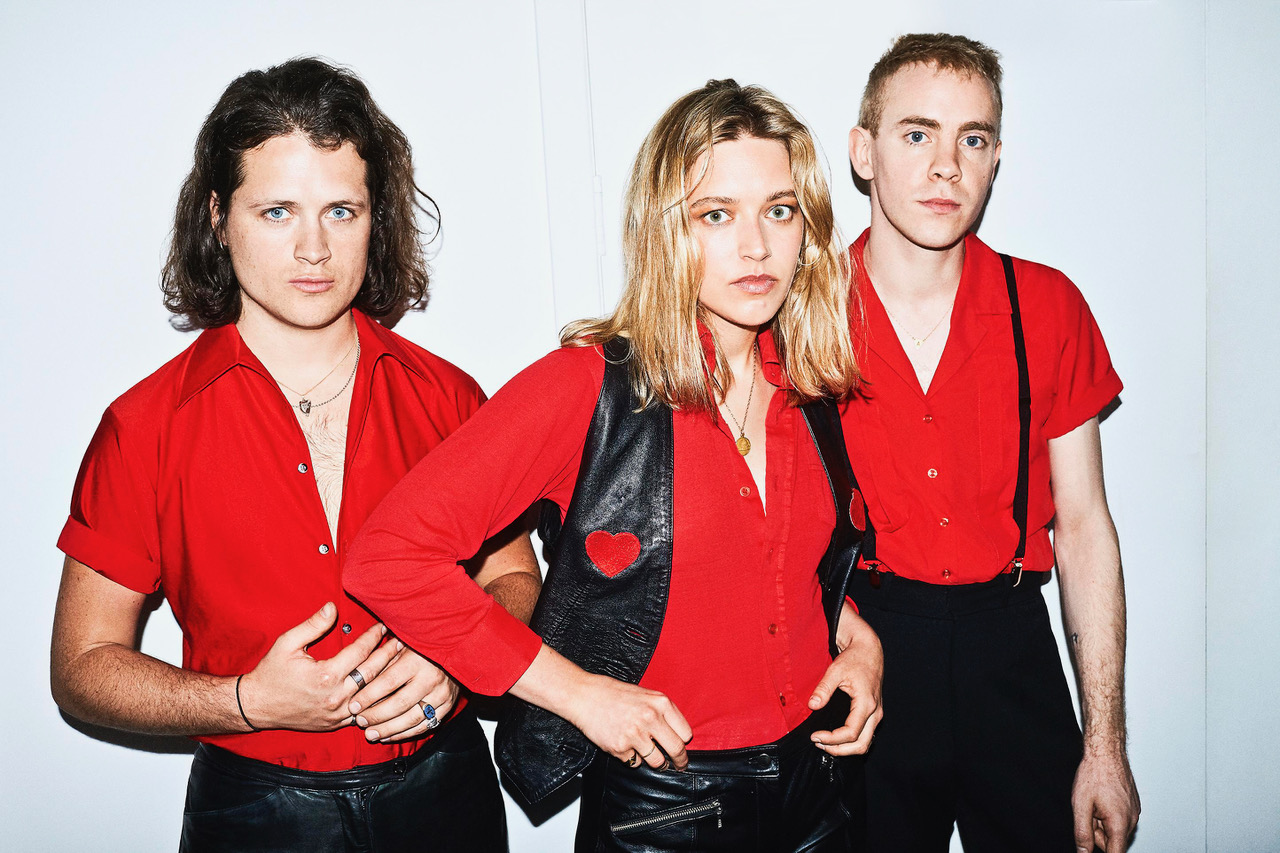 Ahead of their performance in St. James' Church, Limerick indie-pop trio whenyoung curate a playlist of influential tracks.

Having first joined us at Electric Picnic in September, we're delighted to welcome whenyoung to Dingle this December. Originally from Limerick, the group had been honing their craft in London for a few years, before signing to Universal Music. It shows in their Spotify choices, with rising UK acts The Ninth Wave, Hotel Lux and Sorry all featured. Further afield there's songs from Danish post-punk poster boys Iceage, and Japanese quartet CHAI. The full playlist is listed below, along with some highlighted tracks from the band themselves.

Sinead is an Irish spoken word artist, poet and great friend of ours. This is the title track of her debut EP, on which she collaborated with Will White. She has a unique style and you become immediately immersed in it. Her words and the music intertwine seamlessly as if it is all flowing from her mouth. The looped lyric "we could be so happy" spins you round and spits you out after three minutes.

This cover of Dylan's original is delivered in such a different way thanks to Sandy Denny. The songs opens with the vocal harmonies and ties you in before any instruments even enter the fold. Despite the song being pretty much a succession of verses, you could go on listening to it all day.

We recently played this after our London show and the crowd broke into a massive ceili. It's still such a beautiful, uplifting and incredible composition. It's often on our playlists in the van our before a show to get us going. It brings so many memories and images of home with it. Sensory onslaught!

Iceage's literary prowess is what I love most, the way Elias almost purposefully sings and wails his incredible lyrics out of tune. Then its backed by this banging but innovative punk music that just makes you want to kick and scream. This is off their most recent and possibly best album. Every element of this song seems so languid but it ties together to form a hypnotic, swaying mantra that sucks you in.

We first heard this song when Felix White shared it with us. The original recording is beautiful but there's something really powerful about this stripped back b-side version. Her delicate vocal beautifully carves out a story that you become absorbed in. The recording itself sounds live and raw, capturing the emotion of the song.

So crazy that this was Iggy's only ever US top 40 hit. Such a huge ballad. His voice is so warm and soft, he almost sounds like Bowie at points. Then when juxtaposed with the voice of Kate Pierson from The B52's it creates a beautiful duet. A great driving song.