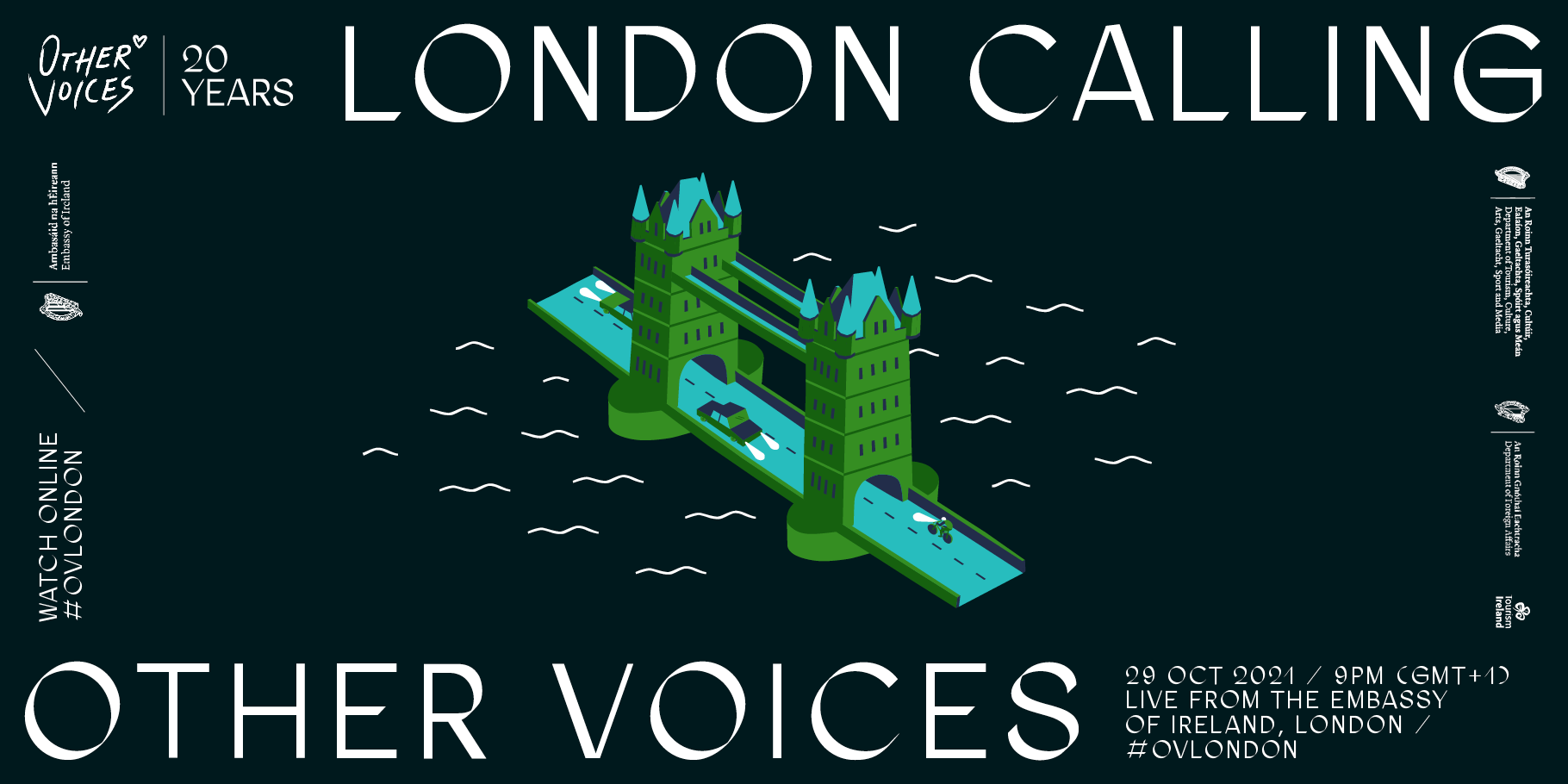 Brought to you in collaboration with the The Embassy of Ireland in London, Other Voices: London Calling will bring together the music community on both sides of the Irish Sea in an uplifting musical showcase hosted by legendary Irish broadcaster Annie Mac.

On the night, eclectic folk act The Unthanks return to the Other Voices stage, with electro-acoustic duo Saint Sister playing songs from their critically acclaimed sophomore album. There will also be a special performance from pioneering folk multi-instrumentalist Michael McGoldrick, while Belfast raised best-selling artist Katie Melua makes a long-awaited Other Voices debut.

‍
Other Voices: London Calling aims to build a cultural bridge this autumn, celebrating the phenomenal breadth of  talent across these islands and their influence on the global music scene.

Speaking about the Embassy event, Ireland’s Ambassador to the UK Adrian O’Neill said “We are delighted to open the doors of the Embassy and to virtually welcome guests from across Ireland, Britain and beyond to this special musical evening featuring brilliant British and Irish talent. In partnership with the superb Other Voices team, we are thrilled to celebrate the vibrant cultural ties and rich musical conversation that continues to link our two islands. Do join us on Friday 29th October for what promises to be an inspiring and joyful event. ‍‍

After a series of inspiring livestreams from Cardiff, Galway and Dublin earlier this year, London Calling will be Other Voices’ final stop before returning home to Dingle to celebrate its 20th anniversary in November

"We are so looking forward to filling the beautiful rooms at the Irish Embassy with wonderful music and song. For Other Voices London Calling we have gathered up some really remarkable musicians and singers that have echoes of the traditions out of which they come shot through their wonderful work. And to top it off the whole thing will be presented by Annie Mac...Irish to the core and a star warmly embraced in Britain. It’s going to be a great night. We are so grateful to everybody at The Embassy who have made this night a possibility." Philip King, Other Voices Founder

This special concert will be streamed live from the stunning setting of the Embassy of Ireland in central London in London at 9pm October 29. Music fans can enjoy the show from wherever they are in the world for free via the Embassy and Other Voices’ social media channels and YouTube.

Welcoming the event, Julie Wakley, Tourism Ireland’s Head of Great Britain, said: “Tourism Ireland is delighted to support Other Voices: London Calling.  The event will shine a spotlight on the island of Ireland’s contemporary and traditional music together with that of our neighbours. A celebration of our close connections, we look forward to promoting this special evening to our social media fans and followers across GB, highlighting Ireland’s rich culture as one of the many reasons the destination should be at the top of travel wish lists.”