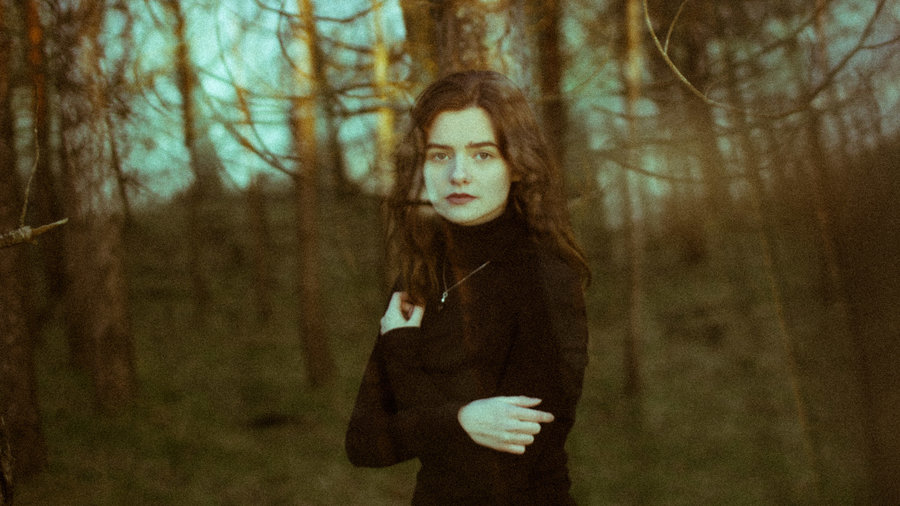 "Hopefully my music will say to them all I need to say. They can expect honesty".

Honesty is immediately apparent in Rosie Carney's music. Although only 20 years old, she's developed a voice and musicianship wise beyond her years - vulnerable and challenging in dealing with romantic tribulations, her songs have also tackled such weighty topics as depression and anorexia with delicacy and poise. Ahead of her performance for Other Voices Belfast on October 28th, the Hampshire born singer-songwriter gave us an insight into her musical background and inspirations.

When did songwriting become an obsession for you?
When I was about 14, when I realised I could write songs, I just couldn't stop!

Did moving to Donegal expose you to music you wouldn’t have heard otherwise?
It definitely has had a massive influence on my music. I firmly believe that if I hadn't have moved to Donegal with my family, then I wouldn't be a musician. I learned to really love music and truly listen to it as opposed to just hearing it. I was quickly inspired by a lot of local musicians who showed me the true essence of traditional music and passion.

You’ve cited Joni Mitchell as a big influence - what drew you to her music?
Definitely the stories she tells within each songs. Her music is very raw and impacting. I remember the first time I listened to her album Blue.. I was left feeling pretty shook and knew that's how I wanted people to feel after listening to my music.

You were involved in the industry from a young age, initially signing a record deal at age 16. How has that experience affected your approach to making music?
At first I was left feeling very self conscious about my own writing. I was very confused for a while after that whole experience. But I am now very grateful for that eye-opening experience and all it has taught me. Because I was so young, I was forced to grow up quite quickly. I was taught how to be my own friend and to be able to tell the difference between what I like and want and what I don't like or want. It also has opened my eyes to the business, which artists tend to forget it is - a business. It's important to have a smart business head on your shoulders so you can get the best possible thing for you out of everything you do.

A lot of past difficulties were poured into the song ‘Awake Me’, did that song take a long time to write and refine? How did you feel when you released that song?
The song itself actually only took about 20 minutes for me to write. It was already written deep within myself, it was just up to me to let it out. I didn't actually realise what the song was about until a few days after writing it out. I knew I had to write it for myself and get it out of my system, but I didn't understand exactly why at the time. It goes to show just how powerful your subconscious can be, and how there is always a greater understanding going on within yourself.

You’ve spoken very openly about experiences of sexual assault in your adolescence, what do you make of the recent #metoo movement?
I feel so much admiration for the young women who have found the courage to speak up about their experiences. I feel like the #metoo movement provides an open door for young women, and maybe even some men, to bring nothing but honesty to the table. With everything that's happening in recent headlines it's definitely time we stopped pulling the wool over the medias eyes and show people that this is something that happens every single day in every single industry to everyone. It's time we fought for justice. Not only for ourselves, but for our daughters daughters. We have the power to be the change we need.

In the past you provided guest vocals on songs by Travis Is A Tourist and Seafret, do you have any future collaborations in mind?
Potentially in the future, but I've spent the past three years collaborating. I want to focus on myself and my own writing for the foreseeable.

When can we expect a debut album from you?
Within then next year I hope.

What’s been inspiring your songwriting recently?
Well, I listen to a lot of ambient music. I love instrumentals and just overall weird sounds, they always leave me feeling very inspired. I've also recently moved to London, so the change of energy here and the constant liveliness also tends to inspire me quite a bit also.

What can people expect from your Other Voices Belfast performance?
Well I'll definitely be very nervous and probably won't say much.. So hopefully my music will say to them all I need to say. They can expect honesty.