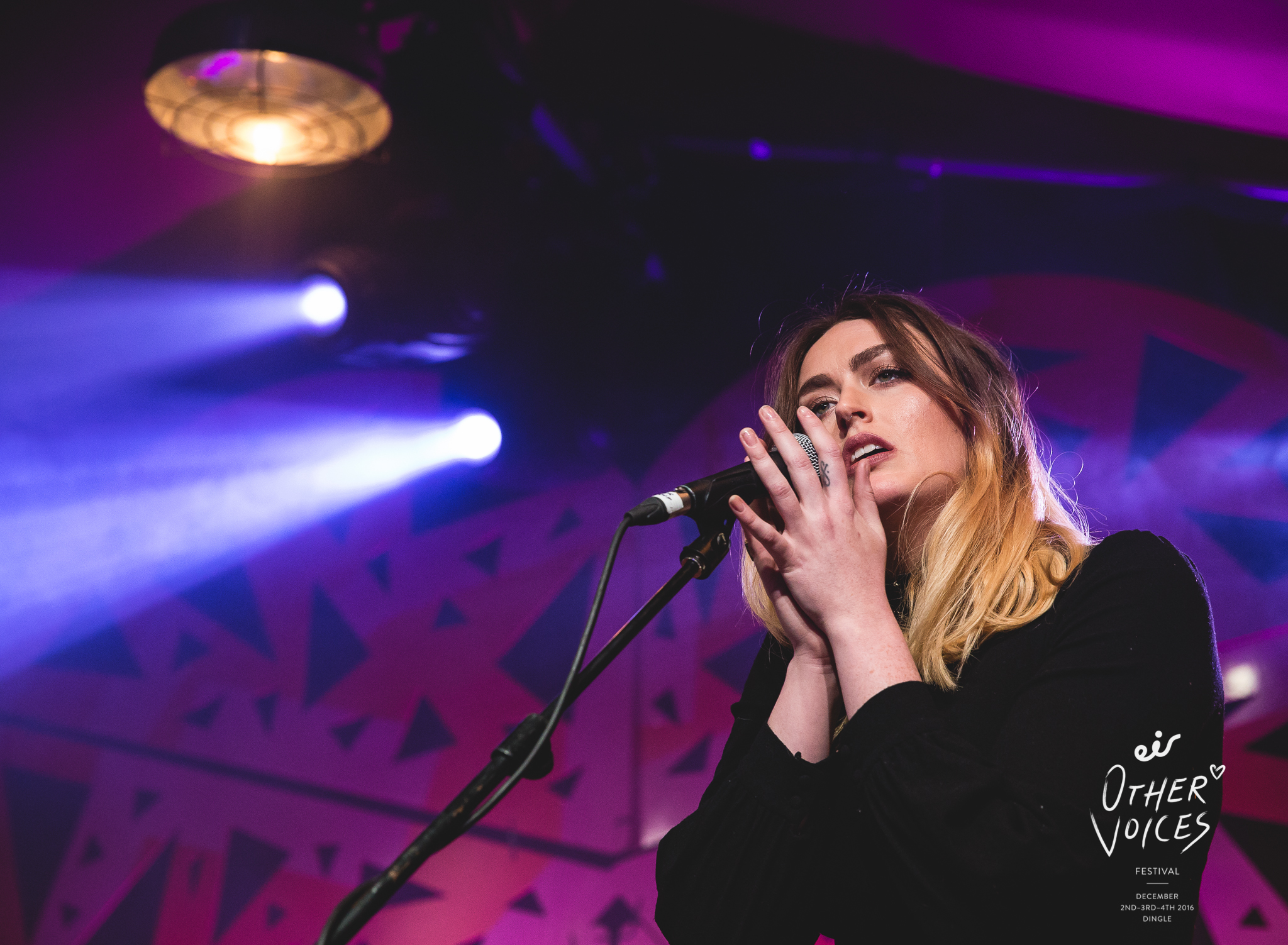 "People will get on board when music is genuine and sincere and you can only do that when you make music that is original and heartfelt."

Performance and storytelling came instinctive to Róisín O. Growing up surrounded by musicians (her mother is Mary Black, her brother Danny frontman with The Coronas), she seemed to destined to follow the family tradition. With a voice evocative of Joni Mitchell and Kate Bush, Róisín's songwriting beautifully blends influences from folk, pop and R&B, as well as traditional Irish roots. Roisin made her Other Voices debut in December, and feautured on the IMRO Other Room Special, broadcast on RTÉ 2, Thursday 9th March at 23.25 and repeated Sunday 12th March at 00.35. Roisin speaks to us about developing her craft, performing for Repeal and connecting with audiences.

What’s your first musical memory?
Probably watching my Mam soundcheck, probably very proud that she was the leader of a bunch of all those amazing musicians in her band. That or falling asleep age four under a table at some trad session at a bar somewhere.

Growing up in musical family, do you find yourself well-suited to life on the road as a touring musician?
I love it. I love travelling. Some people prefer writing and being in the studio but I love being on the road and performing. Maybe it’s from going on tour with my mam from a young age, I was the youngest and the only girl so she took me with her a lot, but I’ve always loved it. Even the long haul flights and the arduous bus journeys, more time to play cards and read. I love every aspect of it.

What can people expect from your second album? Is it quite different to your debut?
I think in part it will be a step away from my last album. The Secret Life of Blue was quite anchored in my folk roots, and while I’ll always have that background this album is moving more towards a more contemporary sound. More synths and programmed ambiance but still keeping elements like acoustic or resonator guitars.

Tell us a bit more about your songwriting process?
Since the first album I’ve been working for the most part with writer John Broe. He’s an amazing musician and has really brought out the best in me and my writing. Over the last two years we’ve really become a team and it’s great to have him as my writing partner. In terms of process we don’t have a method set in stone. It varies from session to session. Often John might bring chord progressions to the table and I’d write top line and lyrics or visa versa. Sometimes we bring in other writers we know and admire and that’s been really fun too. 'Give it Up' we wrote with Danny O’Reilly (The Coronas) and ‘Better This Way’ we wrote with Cormac Breslin (CC Brez/ Republic of Loose).

You’ve been carving out a career in music for several years, what are the important lessons you’ve learned along the way?
It’s important to make music for yourself, maybe that’s an obvious statement but I’ve learned that it’s easy to get caught up in trying to please others with music, whether it’s your fans, or the media, even your family and friends. I think once you make music that is honest people will appreciate it. Audiences can tell when something is forced. People will get on board when music is genuine and sincere and you can only do that when you make music that is original and heartfelt. Also everyone should have a dog.

How was your weekend in Dingle? Did you get see any other acts over the weekend?
I had a an absolute ball that weekend. Dingle is my second home, I’ve been going there every summer and New Years since I was 10, but this was my first time at Other Voices and it really lived up to its reputation. I saw some amazing acts including Fangclub, Overhead, The Albatross, and BARQ, they were all brilliant. I also managed to get into the church for Lisa Hannigan, she blew me away.

You’re playing a big gig for Repeal in April, what can you tell us about it? What does the cause mean you?
I’m honoured to be able to lend my voice to such an important movement. Women’s rights over their body is one thing that Ireland has left behind in our great leap forward as a country in the last 30 years. Personally I feel, that no matter what my views, or anyone else's in this country, are, we don’t have the right to push those views on any woman. Every woman should be entitled to make their own decisions about their body and that can only be achieved by repealing the 8th amendment. On April 23rd I’ll be performing at The Olympia Theatre alongside David Gray, Neil Hannon, Mary Black, Paul Noonan, Wyvern Lingo and more, to show our support and raise awareness and funds for the Repeal Project.

You recently presented a radio programme about Grace Gifford, what can you tell us about that experience?
It was great. It was my first time presenting a radio show and I really enjoyed it. I knew a little about Grace Gifford beforehand, mainly from the song Grace, but it wasn’t until I did the show that I learned what a fascinating and inspirational woman she was. She was ahead of her time in her views, her enduring independence and her unwillingness to be told no because she was a woman. The response I got from the show was really unexpected, people seemed to be as amazed by her story as I was and really loved the show. I had great help from the folks in RTÉ especially my producer Elizabeth Laragy who really put her heart and soul into getting Grace’s full story out there.

You had a busy 2016 touring in Australia, America and Europe. What’s planned for 2017?
I have more tours to the US, Australia planned for later this year. I'm also bringing out a new single very soon which will be followed by an album. I have to finish recording it in the meantime!

Róisín O - Give It Up