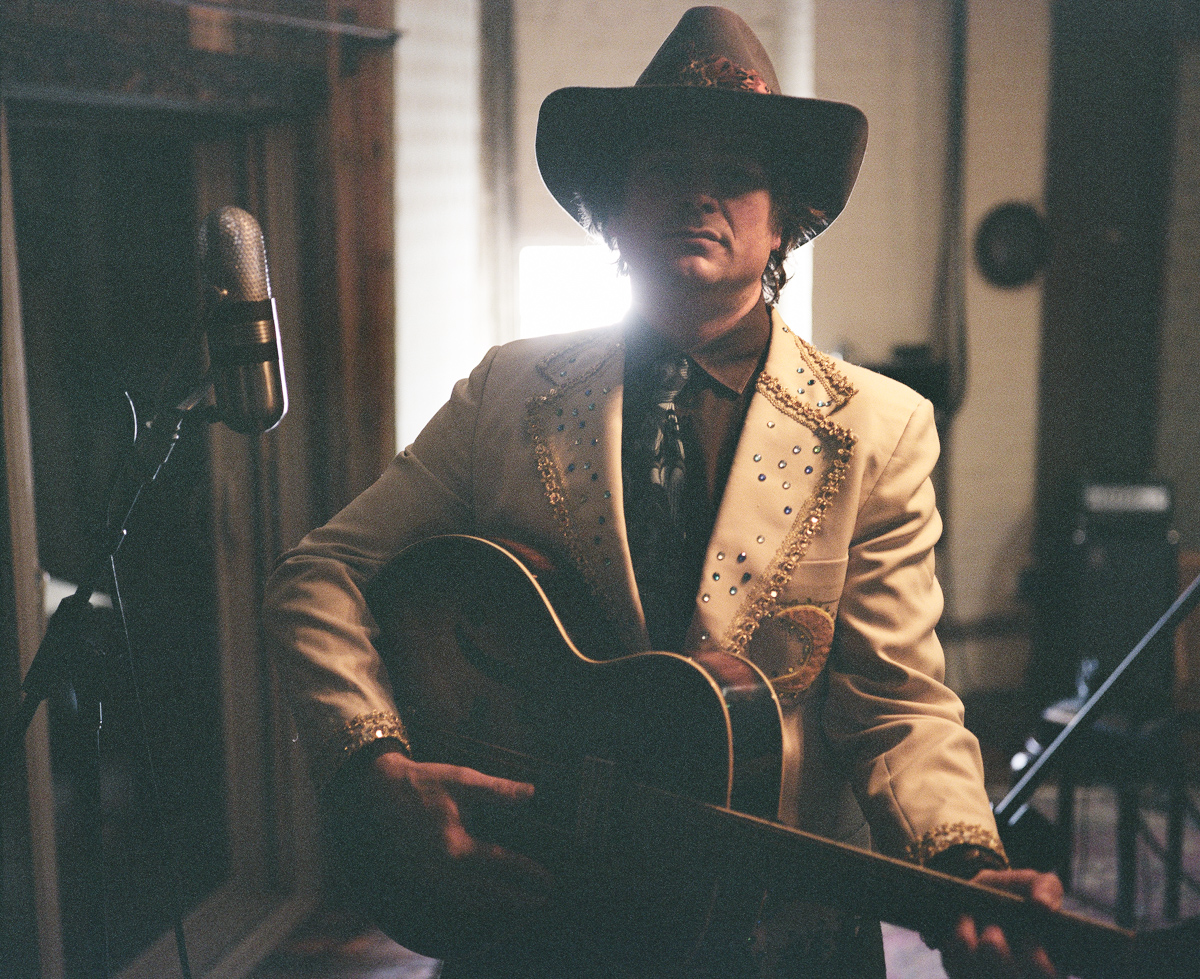 "When I found recording in college, it was all over, everything else quickly melted away and I started recording instead of sleeping"

Karl Blau is a multi-instrumentalist, singer, and DIY icon who helped turn his hometown of Anacortes, Washington, into an indie-music mecca. He has released more than 40 records in 20-odd years, be they self-released in handmade packaging and mailed to subscribers, or via iconic indie labels K Records and knw-yr-own. Most recent album ‘Introducing Karl Blau’ sees him charting a new vision of country music, channeling darkness and hope in a cinematic collection of Nashville hits. Ahead of his performance on the Other Voices stage at Electric Picnic 2016, Karl discusses his latest album, musical background, and plans for the future.

Your latest album is a collection of 60s and 70s country covers. Did you grow up with this style of music?

I did grow up around a lot of country music, which I attribute to living in the Skagit Valley in the boonies - that’s what everyone listened to in the 80s there “in the country.” I have always enjoyed this classic style of country of the 50s and 60s, although the 80s style was mostly mocked by myself and friend group, it was too corporate and it wasn’t rock and roll.

What was the biggest challenge in tackling these songs?

The biggest challenge was getting down to Portland for these sessions, getting time out of my various nine-to-five jobs. That is to say the sessions and process was smooth and much like gathering low fruit.

Have these songs attracted a new audience to your music?

It appears that this record is getting some mainstream radio attention. That is different than ever before. I feel like the music I have made in the past is not all lacking in accessibility of songwriting, but it has never felt like this lush production of 'Introducing'. That is the signature sound of producer Tucker Martine.

What’s your favourite song to perform live at the moment?

Karl Blau - "That's How I Got To Memphis" Official Video

Tell us a bit more about your local music scene in Anacortes, Washington - how has it shaped your music?

Bret Lunsford of Beat Happening gave this music scene its start in the 80s. It wasn’t just because he had started a band, but it was because he started documenting what was happening, making cassette compilations of Anacortes music. Then he continued nurturing the village bands by starting a record store in town that had a xerox machine and a multi-track recorder in the back room. That’s where (early 90s now) Phil Elverum and I developed our recording obsessions for example among others. Now we have acquired a pretty decent PA system together that we share so folks can hear our lyrics finally. We have developed a system of putting on shows for touring bands where local bands donate their opening set (and draw their friends and such to the show) in exchange for the promise of a return of favor some day.

The music that is being made locally has always been extra special to me. I feel like it’s the same extra energy that say local food gives you. It’s a way to be a part of the bigger conversation, and less removed than what is spoon fed through the internet or radio. Right now the local band Enduro (members of Gravel, Pounding Serfs) is blowing my mind. There’s nothing on the internet about them yet, though they’ve been around for 2 years. They aren’t in a hurry to go anywhere - which has been their mantra over the years.

When did you first want to be a musician?

I focused my entire childhood on being a visual artist. In high school, the art teacher really turned me off, and meanwhile my uncle had bought me and brothers a pink, electric guitar which I began to worship. My neighbour and best friend was a dedicated rocker, we formed bands in school together. I loved the comradery that music brought into my life. I had always loved music, though I grew up having classical lessons basically forced on me. When I found recording in college, it was all over, everything else quickly melted away and I started recording instead of sleeping, etc.

What are your plans for the rest of the year?

Touring, working, fathering, recording. I have a tour across the US in November with my favorite band LAKE, also from the Northwest. Between touring, I go back to work for the City of Anacortes Parks Dept. The parks here are run by ex-touring punks who understand how important it is to have a rock to cling to between tours. My daughters are both going to school: the teenage daughter just has two years left, so revolving around her as much as possible; the little one has a year of preschool left, such an exciting age - she knows everything now and her creativity is infectious.

If you could pick three artists alive or dead to play a fantasy festival who would you choose and why?

Milton Nascimento, Tori Kudo (Maher Shalal Hash Baz) and Abdullah Ibrahim. They are all alive! I just love these three characters and what they have given of their gifts. I basically have this fantasy concert in my mind all the time.