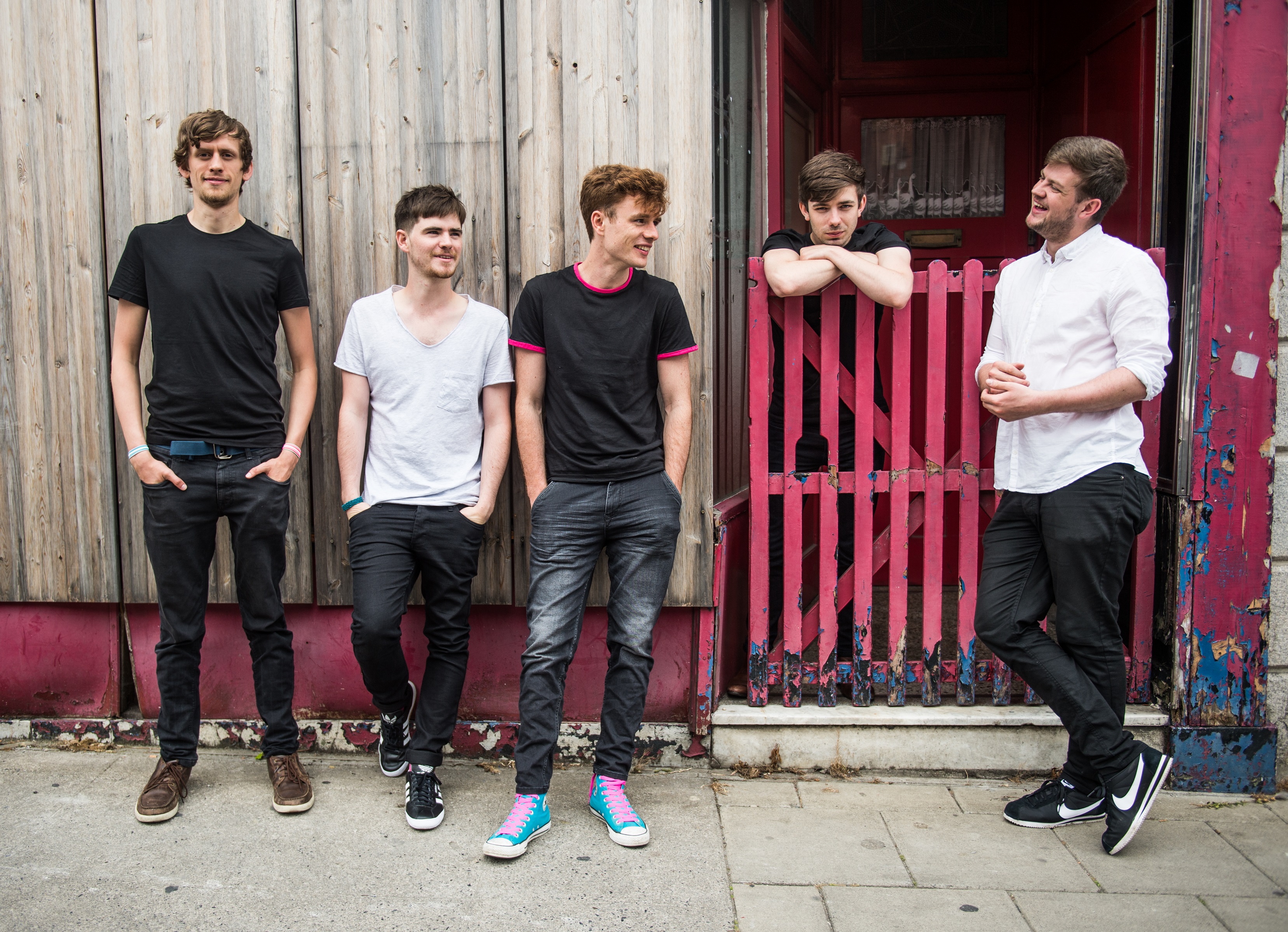 "We once played Madonna’s 'Like a Virgin' while Richard Branson drove in on a Virgin Media truck . That was pretty weird."

We caught up with Jack Marks, sousaphone player with Booka Brass ahead of their performance on the Other Voices stage at Electric Picnic. Jack spoke to us about the group's forthcoming debut album Chilled Milk and plans for Electric Picnic 2016.

When did you first get inspired to play brass?

We all have different stories of how we got into the instruments we play. Personally, I grew up in a musical household, however unlike some of my siblings, I did NOT take well to the violin or piano (which we all started on). Then at age 10 I was taken to an open day at the Cork School of Music and was instantly gripped by the trombone. However, as I had not yet had my growth spurt, my arms were too short to play trombone. Instead, my teacher put me on euphonium (a small-tuba essentially) and a few years later I switched to tuba. Then when we started the band, I invested in a battered second-hand sousaphone and haven’t looked back.

How has the band’s sound developed and changed since you first started?

The biggest change has been our drift towards hip-hop inspired grooves which feature prominently in a lot of our original tunes. We originally started out doing covers of New Orleans brass standards from brass bands such as Rebirth and The Hot 8 Brass Band. As time went on, we began arranging our own pop covers and from their with trying to make our own songs. The occasional nod to our classical heritage makes it into our music, either very obviously - we once opened a show with Also sprach [Zarathustra] by Strauss - or more subtly, with our compositions being guided by classical sensibilities and techniques. At the end of the day however, we have changed as a band, and as music makers, and our songs focus on hip-hop style grooves and hooks.

Your debut album Chilled Milk is coming out in September 16th. What can you tell us about it?

First and foremost, that we are proud of the record. In terms of the recording, we allowed ourselves to really take our time with this one, with the recording being done over the course of three or four months. The amazingly talented Ben Rawlins, who recorded and mixed the whole thing, was very patient with us, allowed us to come in time after time to get the right take. The album also sees the addition of Frailan Moran-Mendive on congas, bongos, and other percussion, who adds so much to the beats laid down by Rónán (our kit player). Musically, you can expect something that has quite a wide range of styles, with us experimenting with Latin grooves, more chilled out groove based tracks, and heavier headbangers like 'Trip the Switch', as well as a brassed-up cover of Jason Derulo's 'Talk Dirty'.

In the past you collaborated with artists such as Lisa Hannigan and James Vincent McMorrow - who would you love to work with in the future?

In an absolute dream scenario, the artists on the top of the list for all of us I think would be Vulfpeck and Snarky Puppy, who are the two most exciting things happening in funk music today. Looking closer to home, there are so many talented acts who we would love to collaborate with in one way or another. However, I don’t want to speak to soon on any artist, lest I ruin a future surprise..

Booka Brass have had a really busy few years, what has been the strangest gig you’ve played?

We once played Madonna’s 'Like a Virgin' while Richard Branson drove in on a Virgin Media truck. That was pretty weird.

Do you have anything special planned for Electric Picnic?

The last two years we have been doing collaborations with the likes of Glen Hansard, Jape, and James Vincent McMorrow, and have done 12 gigs in total at the last two Electric Picnics. This year, our special plans involve actually slowing down and enjoying the festival. After opening the Other Voices stage on Friday - which we are super excited about might I add - we are looking forward to being front and centre in the audience. That’s not to say we wont try something interesting should the opportunity arise, but Electric Picnic is a wonderful thing for both audience and performer and we’re looking forward to getting more of the audience’s perspective on this one.

Any survival tips or advice for people going to the festival?

The best thing you can bring to a festival are baby wipes. Nothing freshens you up like a baby wipe shower in the morning.

Who are you most looking forward to seeing at EP this year?