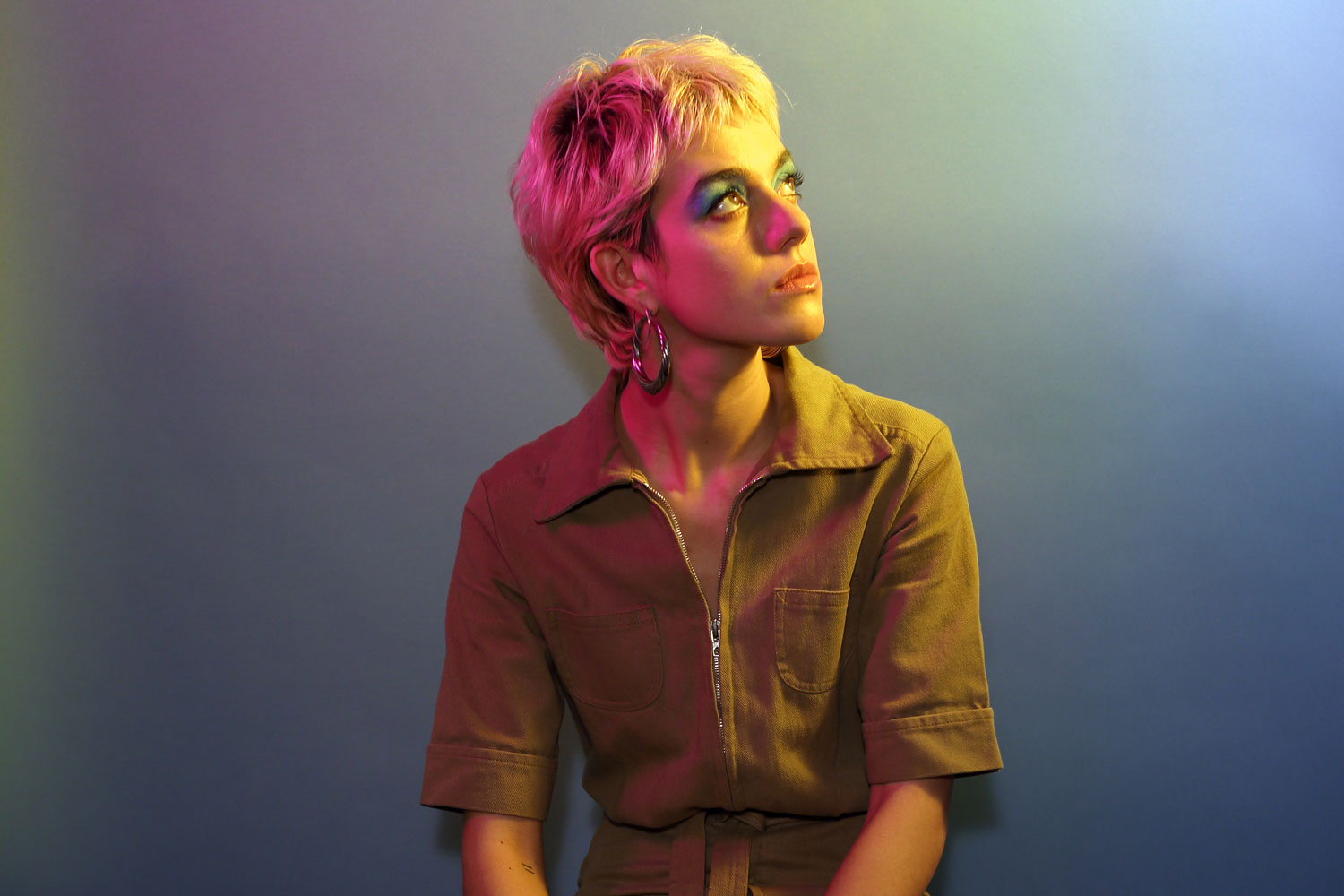 "You may not believe in yourself as a music maker, but it can be whatever you want it to be so there's no right or wrong".

Pixx is the moniker of rising indie pop artist Hannah Rodgers. Having attended the Brit School in her teens (home to Adele, King Krule and Amy Winehouse), this year, Pixx released her adventurous debut album, The Age Of Anxiety via legendary indie label 4AD. The album draws on deeply personal experiences to present a bold, relatable new commentary on her world order. Ahead of her appearance on the Other Voice stage at Electric Picnic, Pixx spoke to us about mental health, shifting identity and the fallacy of social media.

When did you first become obsessed with making music?

Being surrounded by music from a young age kind of meant I always gravitated towards it, I started writing my own music when I was 14, I'd get back from school and disappear into my room for the evening with my guitar.

‘Age Of Anxiety’ feels like a very fitting album title for recent times. How do you cope with anxiety?

I find getting outside is a huge relief for me, leaving my phone at home and walking without any distraction or destination. Falling out of the modern world for a few hours.

Does songwriting serve as a way of taking ownership over difficult mental states?

Yes definitely, particularly the first release 'Fall In' EP was written when I had been through a rough patch and those songs poured out of me and took a lot of weight out of my heavy heart and helped me get my head straight. I'd recommend it to anyone, you may not believe in yourself as a music maker, but it can be whatever you want it to be so there's no right or wrong.

You’ve lamented a lack of bigger issues being reflected in pop music? How do you serve these issues in your music?

I try to address living with unpredictable mental health in my music, because I think people can be ashamed of talking about it and being a musician gives me a platform to be open about it. I will always be open about it.

Your videos and visuals have been very striking so far. Do aesthetic ideas emerge with the songs? How do you develop them?

They are built around the themes of the songs. The idea of an ever growing human, as we learn and change mentally we also change our appearances, we're always morphing. Identity can make some people feel trapped, but I like to make and embrace changes in mine.

Social media has been a talking point for your music so far. These days it seems like quite an essential part of an artist's engagement with their audience and PR profile - how do you negotiate that as an artist who is quite skeptical or wary of it?

There's no use denying social media is a huge part of everything now, so rather than completely removing myself from it, I just make sure it doesn't reflect too much on real life and that the two are completely separate. I think there's a line and for some it can bring confidence and for others it can be a shield which isn't healthy.

4AD is such a legendary label, how have they helped you evolve as an artist?

By allowing me to be who I need to be, they are like family to me.

We’re delighted to have you joining us at Electric Picnic. Do you have any advice for festival goers?

Make sure you see Aldous Harding and try not to spend the whole time updating your social media!

What’s next for PIXX? Is a second album in the works?

It is and I'm very excited to share it with you already.

Recently you said you’ve been trying to portray “a dramatised version of yourself” on stage. How do you prepare for that? What can we expect at Electric Picnic?