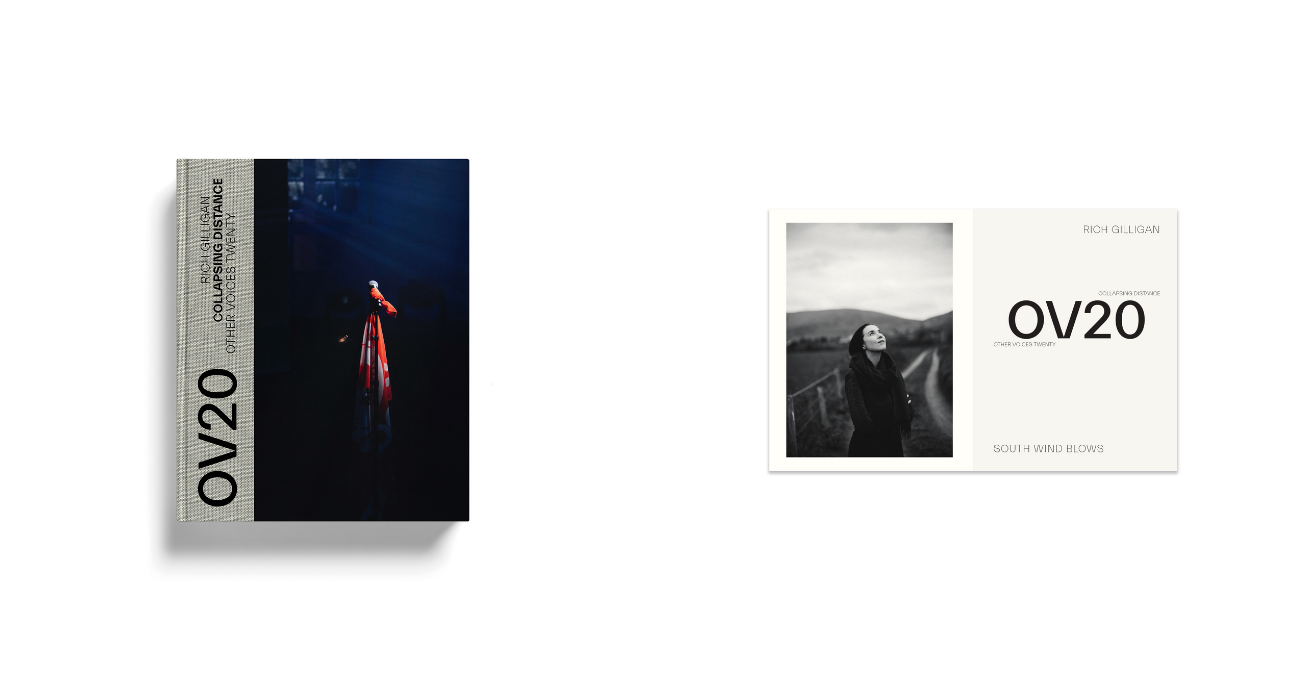 To celebrate our twentieth anniversary we have created a stunning visual representation of the journey of Other Voices over the past two decades, captured by some of the world's greatest photographers.

Curated and edited by Other Voices photographer Rich Gilligan and designed by Atelier, 'OV Twenty' features a selection of live stills and portraits of the musicians who have made the journey to Dingle over the past 20 years, from a rich and powerful archive.

This limited edition pressing also features contributions from some of our dearest pals:

Everyone who orders the book before Sunday 21 November will go into a draw to win a pair of golden tickets to the Church of St James for Sunday 28 November with one night's accommodation in the Dingle Bay Hotel'.

“So many of these images came about thanks to the special relationships forged behind the scenes, the unique experience that is just being in Dingle and the intimate nature of an event like Other voices.  With perspective it is now possible to breathe a sigh of relief and genuinely reflect on what a formative and consistently exciting experience this whole journey has been. There have been huge changes, both personally & universally since I first entered the world of Other Voices but it’s an adventure that I am so grateful to be part of. This is the kind of work that doesn’t feel like work... This is the work that keeps you going.” Rich Gilligan  ‍

“The thing that informs Other Voices has remained the same from the start. It is to champion and give a platform and a stage to those people who are beginning to sing and play and write and perform. The heart of what we do is the same now as it was when we started out in 2002. It is about the transmission of a song in real time. It's visceral, it's human, it's tactile and it's physical. This 20 year archive, beautifully edited and curated by Rich Gilligan, and brought to life by Atelier, tells that story.” Philip King, Other Voices founder