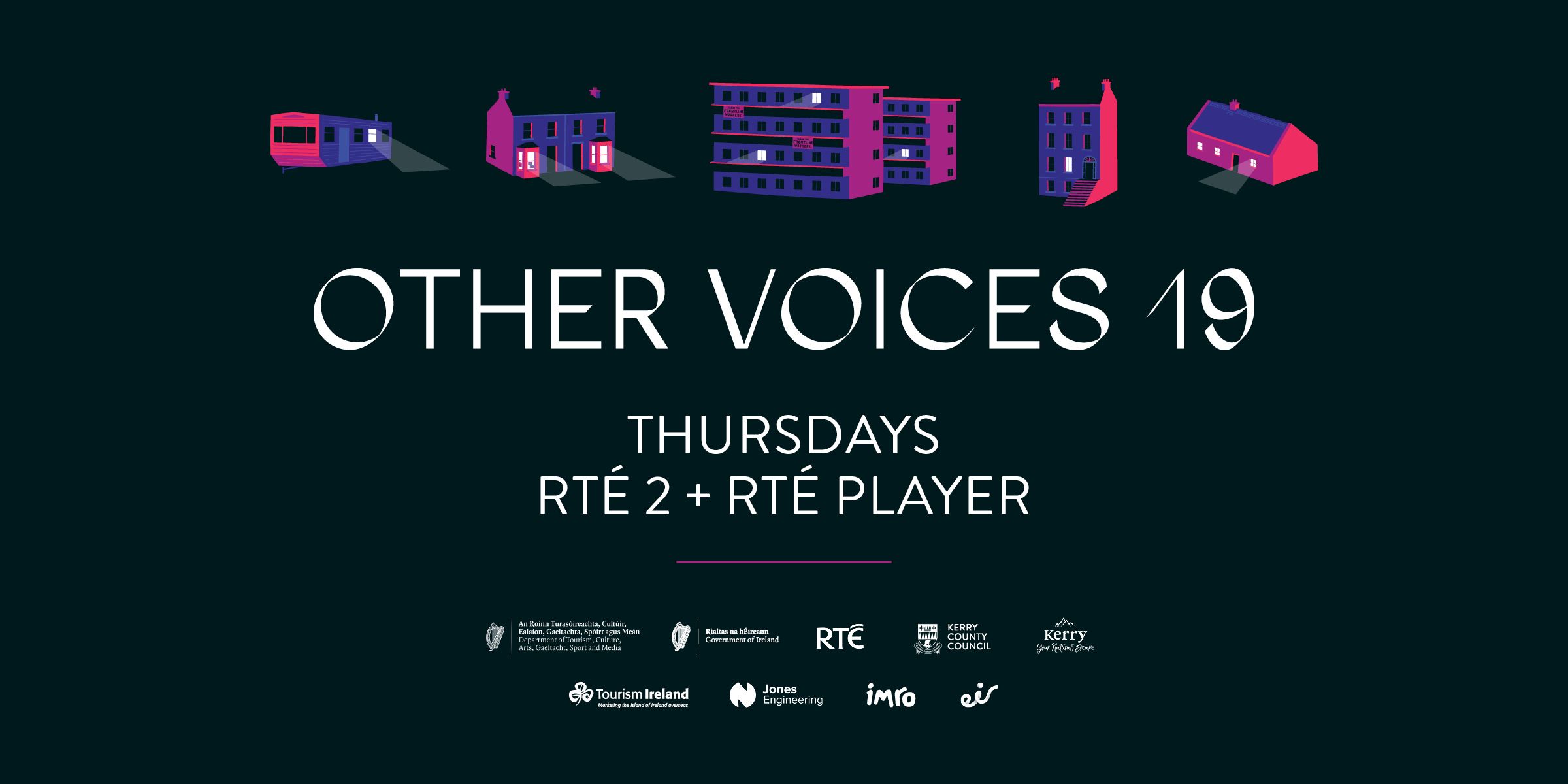 Other Voices Series 19 on RTÉ this Spring

Other Voices Series 19 hits your screens on Thursday 4 March at 11.05pm

On 4 March at 11.05pm, the one and only Hozier kicks off the series with an intimate, stripped-back performance, featuring new string arrangements by the wonderful Crash Ensemble. Episode 1 also features incredible performances from not one, but two Choice Music Prize nominees; Pillow Queens take over the Church of St James with an iconic set + newcomer Niamh Regan lights up the Hillgrove for her stunning Other Voices debut.

Each week we'll be sharing bonus performances + interviews exclusively on our YouTube to shine a light on some of the magic you might have missed the first time around! Make sure you subscribe to our channel to get the first look! Subscribe here: https://bit.ly/3cp3bhr

Other Voices: Bringing It All Back Home was made possible with thanks to the support of the Department of Tourism, Culture, Arts, Gaeltacht, Sport and Media, Kerry County Council, Tourism Ireland, IMRO, RTÉ, Jones Engineering Group and eir.

Other Voices Founder Philip King, said: “The Other Voices Series coming to you on television this year features a range of truly remarkable performances from Irish artists who opened their hearts and raised their voices in a powerful and emotional musical response to the events of what has been one of the most complex and difficult years in Ireland’s history. We have been so lucky to have the support of Minister Catherine Martin which has been essential in enabling us to produce Other Voices this year and it is a privilege to work with these amazingly talented and creative artists and with the wonderful crews that make them audible and visible.”

Justin Healy, Executive Producer at RTÉ, said: 'RTE is very proud to be involved in this long-running and much loved series. The Irish music scene, despite its particular challenges right now, has arguably never been so rich in new talent and we're delighted to feature so many of them on Other Voices this season. Viewers can enjoy the show on Thursdays on RTÉ2 or on catch-up at their convenience on RTÉ Player.'