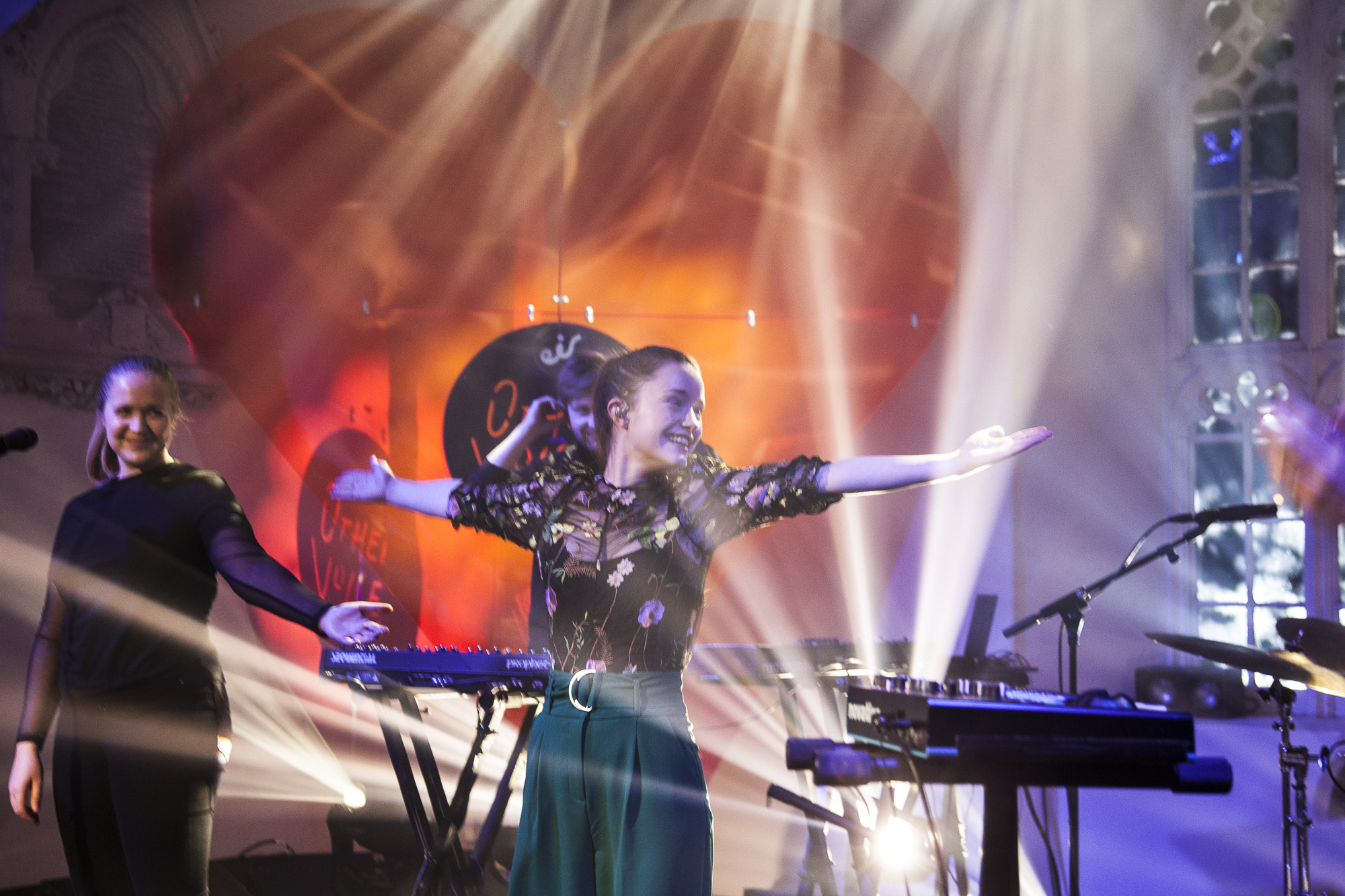 Other Voices returns on 22nd of February

Watch brand new episodes of the show every Thursday night on RTE 2 at 23:15

In December 2017, eir Other Voices burst into life with over 8,000 people travelling to Dingle, County Kerry, for a three day celebration of the best Irish and international music. This month, Other Voices, Ireland’s longest running music TV series, returns to RTE 2, with the most dynamic, exciting performances and interviews captured that weekend. Series 16 also includes performances from Other Voices Berlin, Belfast and Electric Picnic.

Perfume Genius delivers a tender and transcendental performance full of love and devotion, featuring music from one of the most fated records of 2017. Perfume Genius performs ‘Queen’ and ‘Wreath’ in St. James’ Church, with the precision of a true icon. Pure pop brilliance, Sigrid performs ‘Don’t Kill My Vibe’ and ‘Strangers’ on Irish soil for the first time. Her vital, energetic and warm stage presence is exceptional. This is a performance not to be missed. Irish songwriter Dermot Kennedy makes his mark with an emotional delivery of his number one track ‘Glory’.

London based, hip-hop sensation Loyle Carner, combines jazz and gospel with his smooth rap style. Don’t miss Loyle’s charmingly honest, powerful delivery of ‘Ain’t Nothing Changed’ and ‘The Isle of Arran’. Masters of their craft, Mount Kimbie perform songs from their critically acclaimed album ‘Love What Survives’ and are also joined on stage by Andrea Balency. Having previously performed at Other Voices with Hozier, Wyvern Lingo step out on their own to perform ‘I Love You Sadie’ and other tracks from their compelling debut album.

Last summer, Other Voices built on the longstanding, two-way cultural conversation between Germany and Ireland, by holding an inaugural event in Berlin. Performances from that night include: New Jackson, Talos, Tom Adams, Tom Adams, Soule and The Gloaming’s Caoimhín Ó Raghallaigh.

From Other Voices Belfast and the beautiful Duncairn Centre, we bring you Picture This, Rosie Carney and the incredible Touts.

Other Voices artists chat about their lives and work to presenters Annie Mac, Huw Stephens and May Kay.