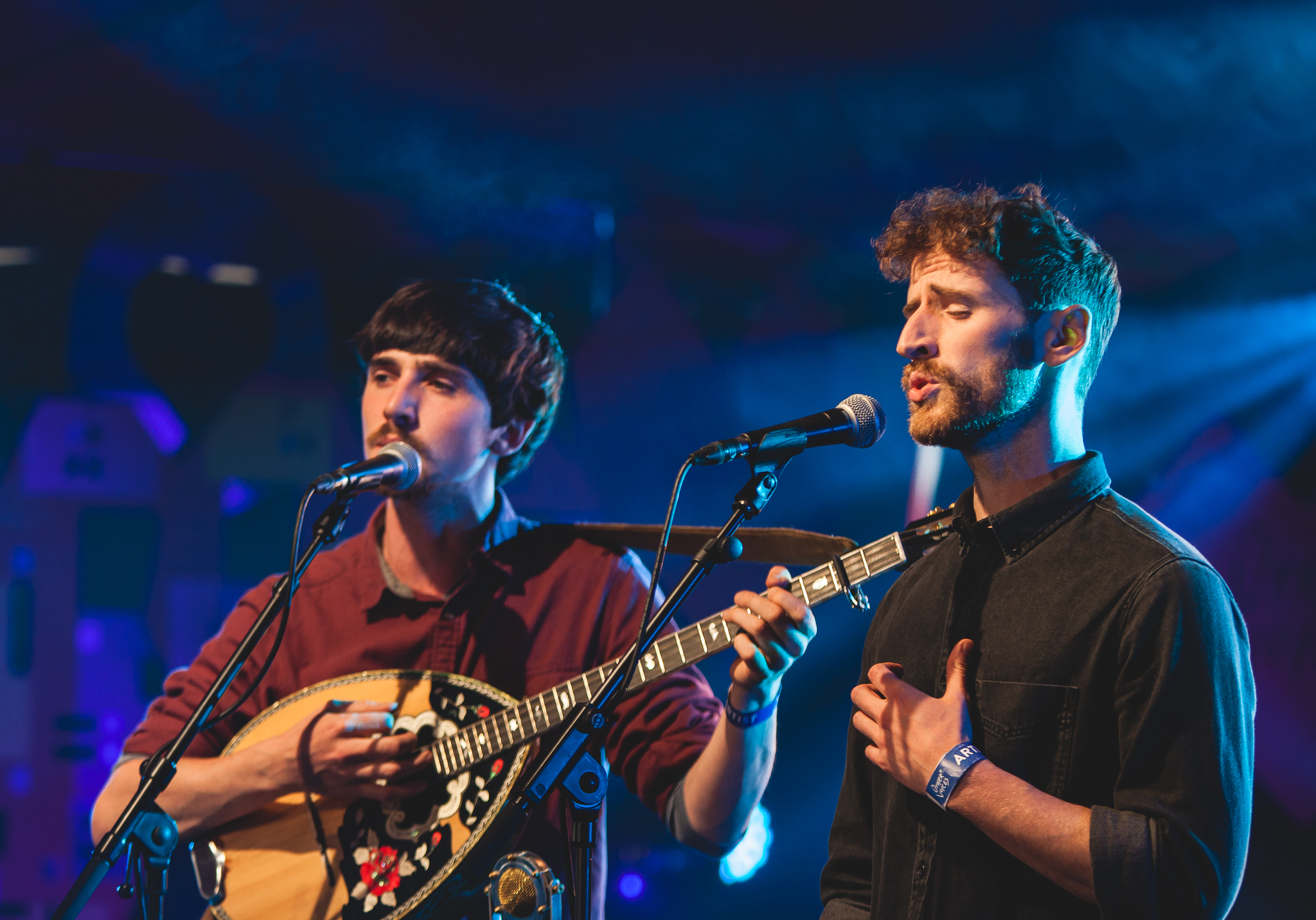 Ye Vagabonds are brothers, Brían and Diarmuid Mac Gloinn. They began playing music together on the streets of their hometown Carlow and forged a style based on close harmonies and acoustic instrumentation inspired by various folk traditions. Two years ago they moved to Dublin and quickly became familiar faces around the city’s folk session scene. In 2018 the group was nominated for a BBC Folk Award on the strength of their self-released and largely self-written debut album, and received several nods from the RTÉ Radio 1 Folk Awards. They spent the year touring throughout Ireland, the UK and mainland Europe, and took part in the Celtic Colours Festival in Cape Breton before returning home to work on their second LP.

Other Voices Presents: Ye Vagabonds is a beautiful collection of songs recorded at the Orchard Sessions last September. The EP is a mixture of songs from their last two albums; the beautiful 'Lowlands of Holland' & 'Pomegranate' are taken from the LP 'Ye Vagabonds' while 'Bacach Shíol Andaí' is found on their exceptional new record 'The Hare's Lament'.

This digital release is available to buy on iTunes or to stream on Spotify, Apple Music, Pandora and all usual platforms.