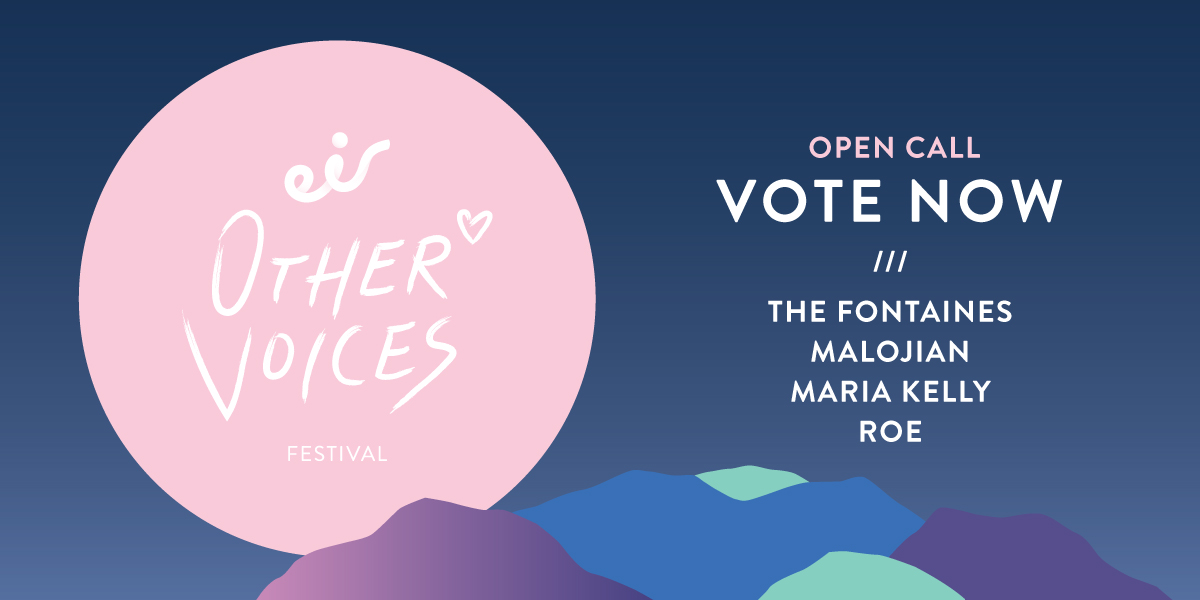 After listening to many excellent submissions, we've chosen four fantastic acts for the public vote of the IMRO Open Call. One of these acts will have the chance to play the IMRO Other Room stage at Other Voices in Dingle this December. This will be filmed and later broadcast on RTÉ 2 as part of the Other Voices television series. The IMRO Other Room is all about shining a light on exciting, fresh music and in previous years it has offered acts such as James Vincent McMorrow, Villagers and Rusangano Family a platform at Other Voices to showcase their music in the early days of their careers. The four acts to vote for are as follows...

Growing up in Mayo, Ireland, Maria spent many years crafting and developing her unique sound of alternative-folk. First taking influence from the story-telling elements of Irish-trad, as well as artists like Regina Spektor and Lisa Hannigan, her music aims to share deeply personal, humanising and heartbreaking experiences. Live, Maria has toured extensively across the UK and Ireland supporting the likes of KT Tunstall, James Vincent McMorrow and Marc Cohn. Maria’s new single ‘Hollow’ will be released next month, followed by a string of dates as a special guest to Paul Noonan (Bell X1, Printer Clips) on his forthcoming autumn tour.

Over the last few years, Malojian has released four stunning solo albums, along the way collaborating with some musical legends, including Steve Albini, who earned his chops producing Nirvana, The Pixies etc. His latest album 'Let Your Weirdness Carry You Home' features Joey Waronker (Beck, R.E.M., Atoms For Peace, Roger Waters), Gerry Love (Teenage Fanclub), Jon Thorne (Yorkston/Thorne/Khan, Lamb) and more. But it’s Malojian’s own voice and songs that sets him apart from the crowd.

The Fontaines have had a very hectic year. As well as appearances at the Electric Picnic and Hard Working Class Heroes, the Dublin quintet have opened for such luminaries as The Lemon Twigs, Hinds, Girl Band, and The Horrors. Debut single Liberty Belle was made Rough Trade"s Single of The Week back in May, while current AA side 'Hurricane Laughter/Winter In The Sun' has seen the band hailed by BBC Ulster as "classic rumblepunk in the tradition of The Ramones, The Fall and The Libertines."

ROE is the moniker of 18-year-old grump multi-instrumentalist from Derry, Roisin Donald. A songwriter at heart, with pop hooks surrounded by lush synths and big drum machines, ROE describes her music as 'Grumpy Electro Pop’, and only a year into her song-writing career has already earned herself a slot at the legendary Glastonbury Festival, performing on the BBC Introducing stage. With performances at Output (Belfast) and The Great Escape music showcase (Brighton), Reeperbahn (Hamburg) and Hard Working Class Heroes (Dublin) already under her belt, the future looks incredibly bright for ROE.