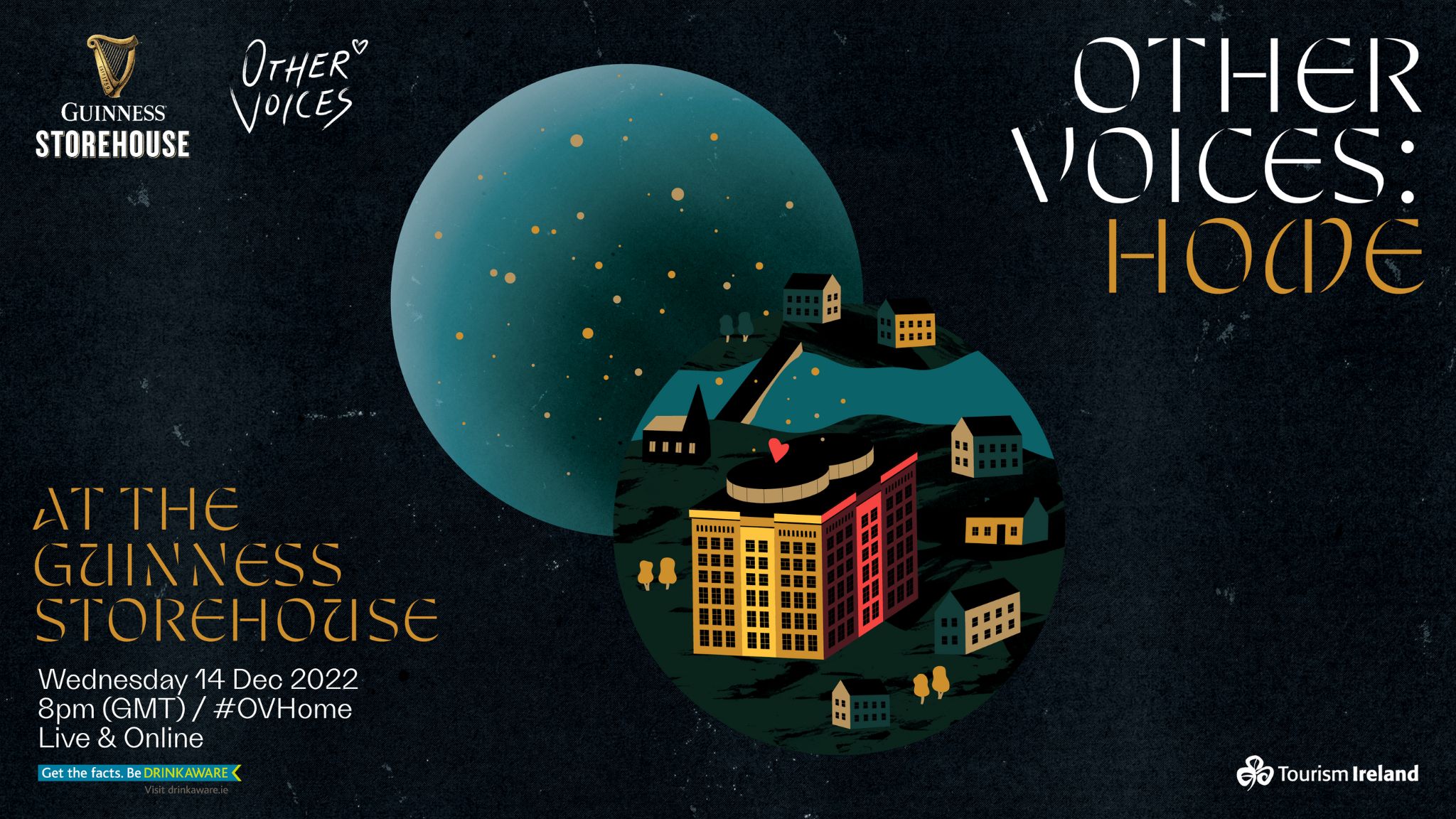 Oher Voices: Home Returns To The Guinness Storehouse for an intimate gig on 14 december featuring The Murder Capital, John Cummins, Seán Mckeon and Liam O’Connor and even more incredible talent that’s soon to be announced

This Christmas, Other Voices is delighted to team up with the Home of Guinness for the third edition of the acclaimed Other Voices: Home at the Guinness Storehouse series, hosted by MayKay.

Rounding off our 21st anniversary celebrations in Dublin, Other Voices will travel from St James’ Church in Dingle to the Home of Guinness for an unforgettable evening of songs and stories on Wednesday 14 December.

Together, Other Voices and the Guinness Storehouse will gather some of the world’s brightest voices to toast the power of music and culture live from the heart of Dublin at St James’ Gate.

After an inspiring and memorable Courage 2020 performance, Dublin post-punk five-piece The Murder Capital return to the Home of Guinness as part of this year’s line-up. Also on the night there will be a stunning spoken word performance by beloved Dublin poet John Cummins as well as an inspiring live set from Seán McKeon and Liam O’Connor with some more surprises to be announced very soon.

Philip King, OtherVoices Founder said: “Since first we partnered with the team at the Guinness Storehouse our collaboration has only strengthened. We’re proud of the strong relationship between Other Voices in Dingle and the Home of Guinness, together bringing story and song to the heart of the Liberties, Dublin’s Cultural andCreative Quarter.

“Now after three years producing Other Voices: Home, coming back to the Guinness Storehouse on 14 December will be so exciting, bookending the year with magnificent music.With a live audience and a global reach as we stream to the world, OtherVoices: Home will collapse distance and bring us all together at the most wonderful time of the year.”

Catherine Toolan, Managing Director, Diageo Irish Brand Homes, said: “We are immensely proud to continue our partnership with Other Voices at the Home of Guinness and collaborate on this spectacular evening of live music and entertainment that people all over the world can enjoy with us.

“We have been working closely with Philip and his team to curate an evening that best represents the spoken word, musical talent and tradition alive in Ireland,an enduring emblem of our social fabric, interwoven with culture and community, right here in the Liberties.

“Through times of celebration and times of challenge, music and storytelling sends a powerful message and brings people together, and there no better place to make this connection and continue this living tradition than at the GuinnessStorehouse, with Other Voices.”

Other Voices: Home at the Guinness Storehouse will take place live and online, with the intimate performances streaming around the world via Other Voices and Guinness Storehouse’ social media channels. Irish and international music fans can set a reminder now via YouTube. There will also be some golden tickets up for grabs via competitions to be announced in the coming weeks. Find out more at www.guinness-storehouse.com.