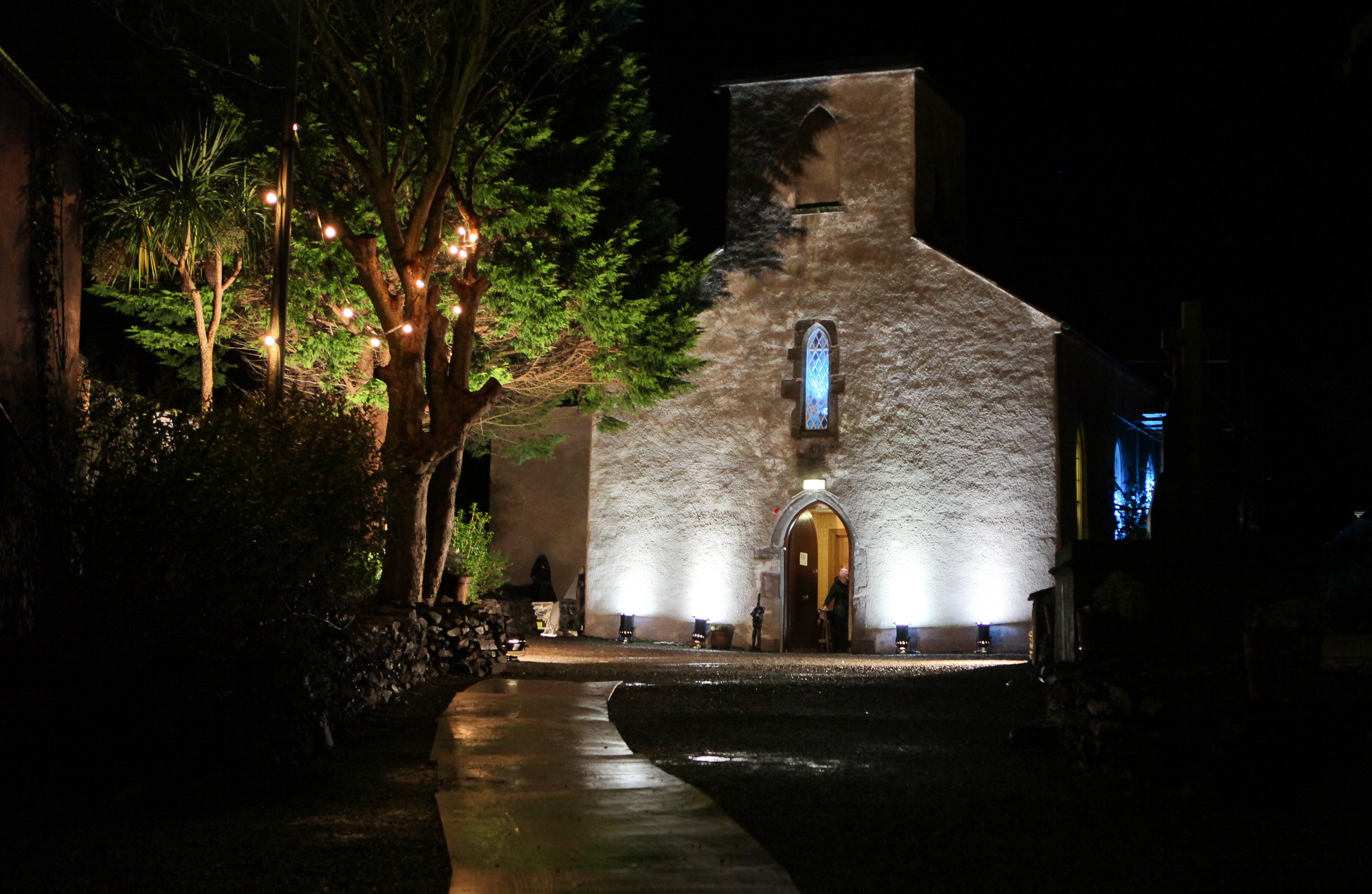 If there's one thing that defines the last triumphant night of recording and gigging in the church at the fifteenth Other Voices, it's that the lineup represents great Irish music at its most varied.

Irish music of all styles, stripes and colours fills the stage on a night where the church goes from being enchanted to teary-eyed to raving in one evening.

Saint Sister, Gemma Doherty and Morgan MacIntyre, have only been making music together for two short years but there’s no other band making music as beautiful as these two. Joined on stage by a drummer and bassist, their opening set is considered, harmonious and sonically beautiful. The music is delicate and minimal, modern folk with a harp played in a contemporary fashion with loops, percussive hits and synthesizer tones. When they sing together as they do on songs like Tin Man, Blood Moon, Madrid and Versions Of Hate, they chime like sisters despite the respective Belfast and Dublin upbringings.

Having already made a splash with their previous bands Adebisi Shank and The Cast Of Cheers, Lar Kaye and Conor Adams’ unification under their All Tvvins band has made for a project that mixes the best of both worlds in a more commercial prospect without compromise.

Fresh from the 3Arena to Dingle, and backed by the thumping foundation-shaking drums of Lewis Hedigan, Adams’ bass and vocals are stadium-sized even in a church on songs like Darkest Ocean and Resurrect Me. To his right, Kaye on guitar thrashes and contorts like no other around the stage. He plays like no other too, his fingers never stopping for long to linger on notes while creating sounds that most guitarists could barely comprehend. Certainly the most individual guitarist in Ireland. And in All Tvvins one of our brighter lights of rock music.


Before we get to our two thrilling final bands, there are surprises. Poet Stephen James Smith recites his moving ode to the capital city, Dublin You Are. Glen Hansard turns up with English harpist Hattie Webb and Cork singer Jack O’Rourke to pay tribute to Leonard Cohen. Webb supported Cohen on tour and relays the late great songwriter’s love of McDonald’s fish fillets. The gathered pay tribute to the master with covers of Famous Blue Raincoat, If It Be Your Will and a stirring version of So Long, Marianne.

Back to new Irish music and if any band were to be the one to get an entire church off their feet raving in the pews it would be Le Galaxie. And it only takes two songs. The Dublin band’s electro-dance music has been refined and primed for maximum effect and it works straight away with Humanise and Lucy, the latter which prompts dancing in the aisles and a giddy atmosphere. There's also a sneak peek of new album title song Pleasure for which the band are joined by OV presenter May Kay who will feature prominently on the album. Her vocals and performance add an extra kinetic element to an already energetic live band, one who finally got their spotlight in the St. James’ Church.

The giddiness hangs in the air during the break as the audience chat, smoke and greet each other warmly. The last live set of Other Voices series fifteenth falls to three lads from Limerick and Clare who have spent their weekend in Dingle including playing shows in schools and car garages. But it's the big one in the church that is captured for broadcast and Rusangano Family kill it.
Rappers God Knows and MurLi cut deep with their words. They speak and share their personal takes of inadequacy, anxiety, familial expectation and schoolyard antagonism. Not for them is bragging and materialism, their theatrical performance is poetic realness - a search for truth and betterment aided by religious beliefs and faith in their brethren. MynamisjOhn is their DJ, their producer, their supporter and champion and his beats have soul, funk, jungle and grime tendencies.
It's a rollercoaster of a set. Losing My French is a heartbreaker of a song which God Knows relays his difficulties relating to others and being understood his family. “I still want to make you proud, you just don't know you think I lost my language and I lost my soul”. There are tears in the church. Less than a minute later, he's up on the pews in the crowd, cape flapping behind him, hyping the audience to their Sunday best. The power of Rusangano’s live show requires you to leap out of your seat. Their spirit is infectious, their word is true.