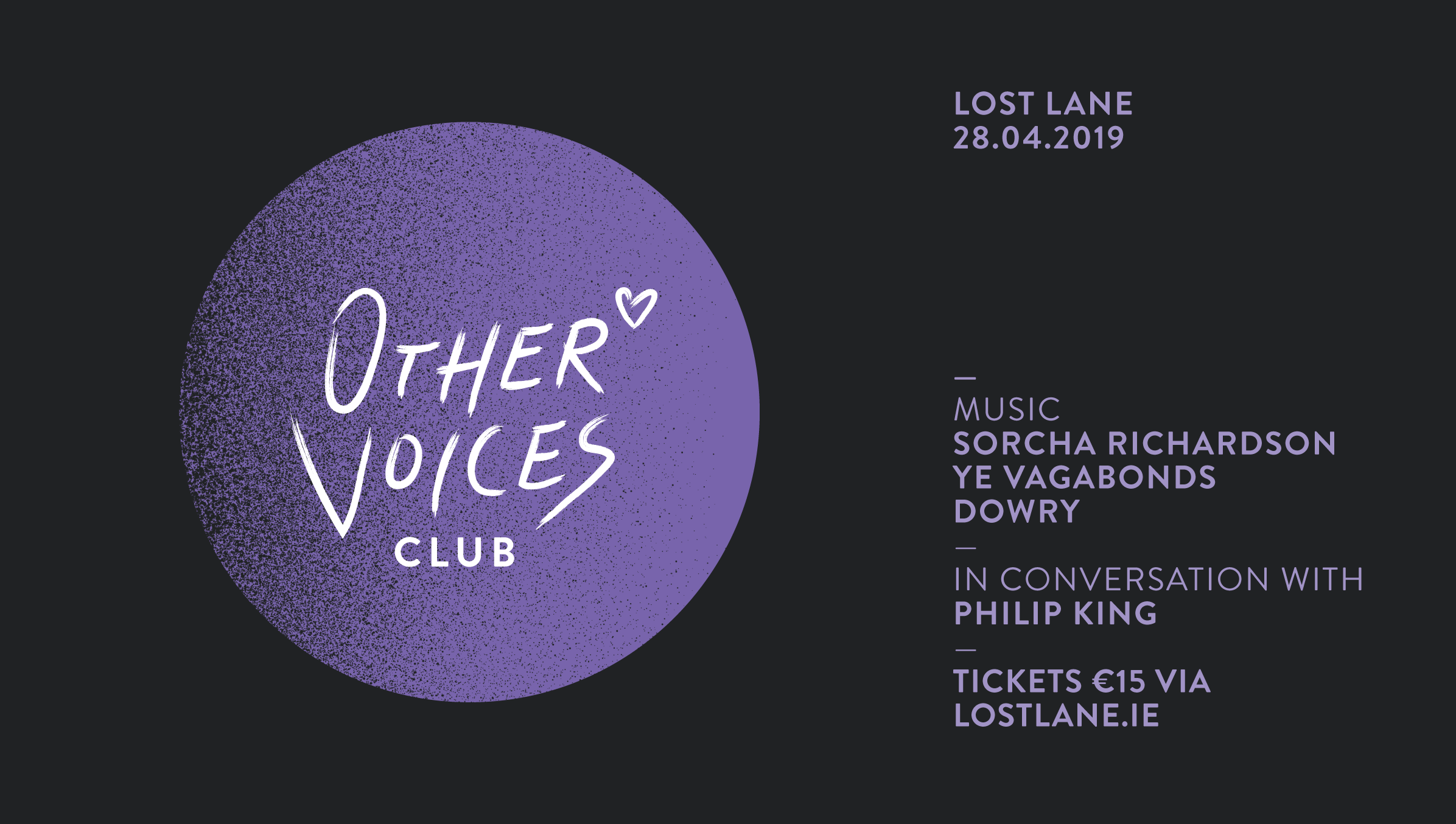 Ye Vagabonds, Dowry and Sorcha Richardson will join us for the first Other Voices Club in Lost Lane.

An evening of screenings, conversations, music and friends. Other Voices is decamping from Dingle to Dublin for an evening of magic with Dowry, Sorcha RIchardson and Ye Vagabonds. Other Voices Club will be hosted by Philip King. Last few tickets available via Lost Lane here.

Dowry is the solo project of multi-instrumentalist and composer Éna Brennan. You may have seen Dowry play a magical set to a full house in An Diseart at Other Voices last December or listened her show 'All Things Strings' which airs monthly on Dublin Digital Radio. Recent Dowry Strings projects include Imagining Ireland at the NCH & Barbican, a sold-out UK & Ireland tour with Bell X1 including an appearance on the Late Late Show, and performances with Christian Löffler in Germany.

Ye Vagabonds are brothers, Brían and Diarmuid Mac Gloinn who have forged a style based on close harmonies and acoustic instrumentation inspired by various folk traditions. In 2018 the group was nominated for a BBC Folk Award on the strength debut album. They spent the year touring throughout Ireland, the UK and mainland Europe, before returning home to release their second LP via Rough Trade's River Lea imprint.

Sorcha Richardson is a singer-songwriter from Dublin. Her brand of alternative indie rock has been championed by the likes of Zane Lowe on his Beats 1 radio show, featured in The Fader and DIY, and has amassed over 20-million streams on Spotify. Sorcha has supported Saint Sister at the Olympia, The Academic at the Iveagh Gardens and Imelda May on her Irish Tour. In 2018 she was named as one of RTE 2fm’s Rising Artists. She recently worked with All Tvvins on their sophomore album, co-writing and singing on the track ‘No One Is Any Fun’, and was invited by the band to support them at their album lunch at the National Stadium. Sorcha’s highly anticipated debut album is set for release later this year.