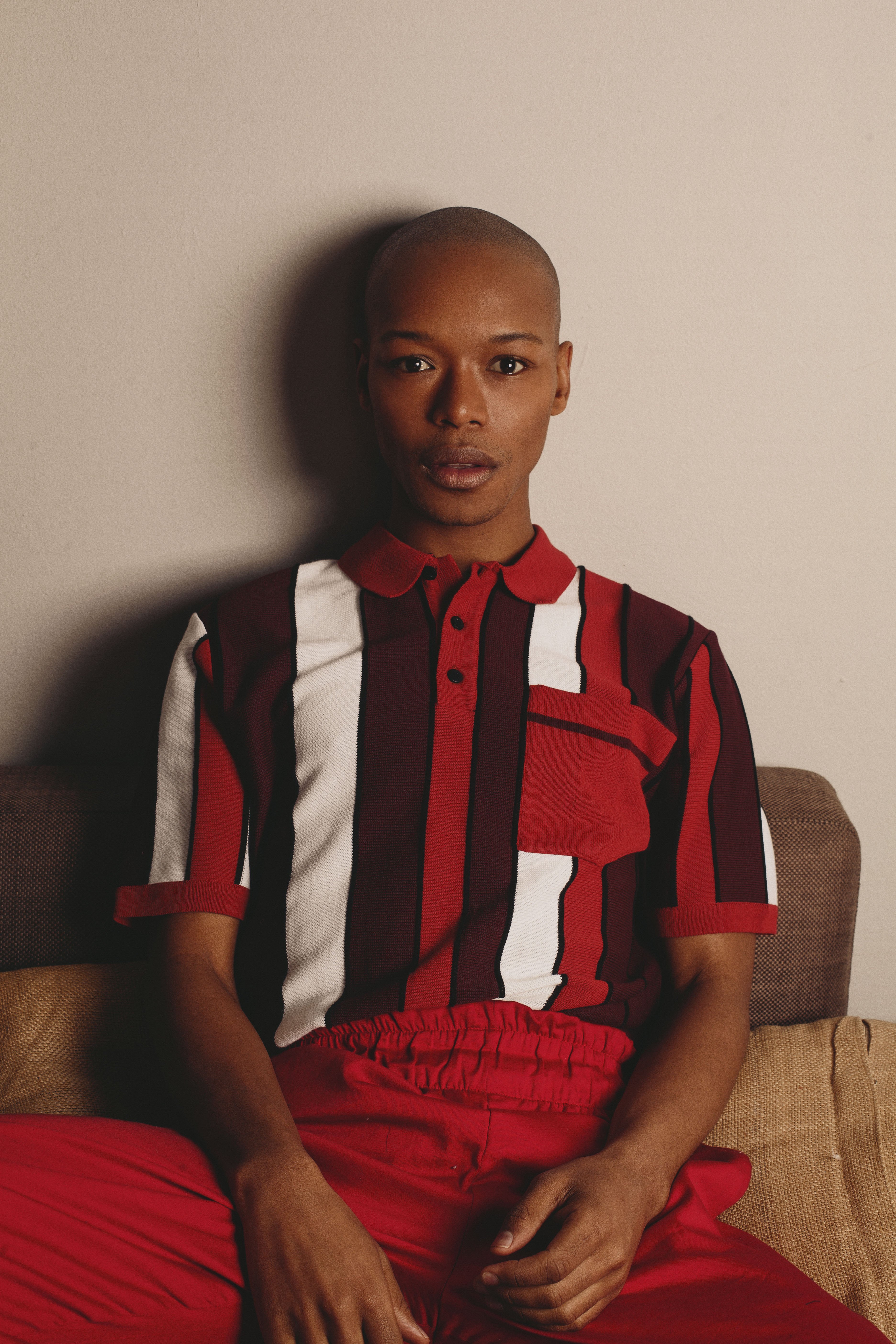 "The shows are meant to be shared experiences between myself and the audience. It’s a collaboration. It’s like good sex."

This is Nakhane's take on performing for an audience in Dingle. A singular artist with an imaginative approach to pop music, he joins us in St. James' Church this December. Nakhane first came to our attention through his album You Will Not Die. A complex and joyful record, it's a multifaceted affair that reveals more with each listen. Thematically the album adresses Nakhane's unique up bringing. Raised in a religious household in South Africa, he wrestled with his sexuality throughout his adolescence, before embracing his true identity. A repsected author, actor and musician at home, more recently he's made the move to London, collaborating with Ben Christophers (Bat For Lashes, Françoise Hardy) on You Will Not Die. Ahead of bringing these songs to Dingle, Nakhane spoke to Danny Carroll about his creative process.

Hi Nakhane, we’re delighted that you’re coming to Dingle. You’ll be performing in a church when you come to Other Voices. Given the religious themes and gospel elements in your music it might be a nice fit. Have you ever performed these songs in that kind of space before?

Hello. Thank you very much. It’s such an honour to be coming to Other Voices. Some of my favourite bands have played the festival, so I’m really excited. Yes, I’ve played churches before. The first church I played after my album had come out was in Rotterdam. It was a beautiful setting. I love the drama of the setting, the operatic nature of the space, even the acoustics.

With this album you were conscious of making an album people could dance to, abandoning the restriction of an acoustic guitar - what kind of limitation did the guitar put upon you and how did this new direction change your approach to songwriting?

In the beginning it was less to do with wanting to make people dance - that thought came to mind a little later when I had written the songs, and we were recording the album. What I was mostly interested in was writing differently. Not that I was the master of the acoustic guitar or anything, but I had been writing on it for so many years. I needed something to trigger my creativity differently. I needed to be uncomfortable, so that I could make choices based on newness.

Your videos, artwork and stage design are very well developed and suit your music brilliantly. Do ideas for the visual element come in tandem with your music, or do you develop them after the song is complete?

The song always comes first. I am a musician first and foremost. All the other parts are in support of the music. I don’t love them any less, and I don’t take them any less seriously because they carry the music.

How has living abroad affected your perception of home?

I spend more time trying to be in touch with what’s going on at home. I like that. I don’t take anything for granted anymore. The distance has made me fall in love with things I might have overlooked when I was living there.

You’ve said before there’s “something cleansing in writing about something. But then you dirty yourself again every night by singing the songs for audiences”. How do you negotiate the emotional investment you have in your music? Is it difficult to address your past on stage every night?

I don’t allow myself the time or the space to overthink it anymore. I get on stage and try to give the best show I can give. I wrote those songs. I knew that there was the ‘danger’ of having to relive them every night on tour, so even if there is some pain, it’s all by me and it can be managed.

Ben is one of the kindest people I have ever met on this planet. I spoke to him once over the phone, and I knew that he was the person I was going to be working with on this album. It was such a loving and exciting experience to work with him.

What can people expect from your live show that they might miss on record?

The shows are meant to be shared experiences between myself and the audience. It’s a collaboration. It’s like good sex.