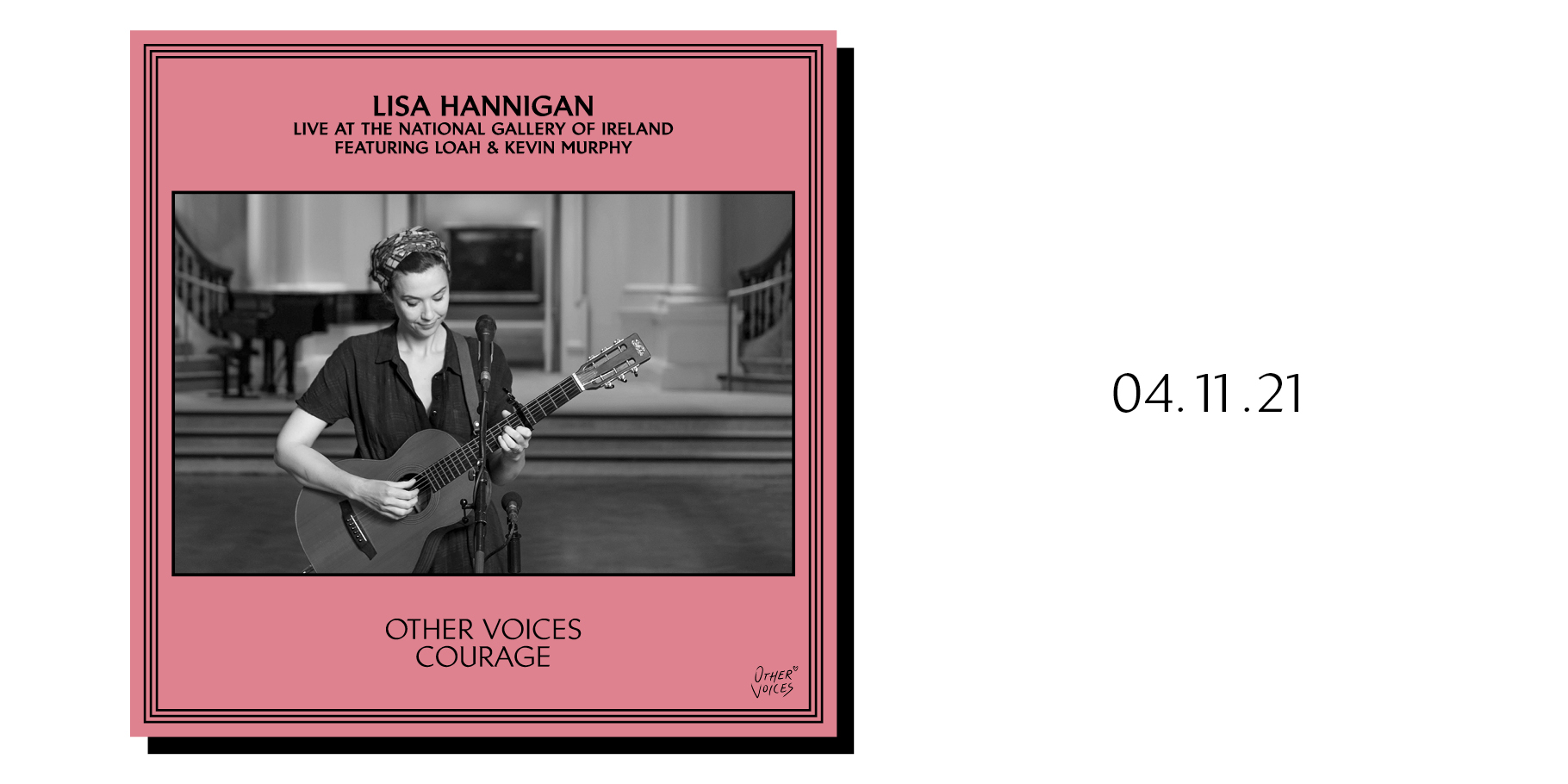 We are over the moon to announce the release of a brand new live Courage EP by the wonderful Lisa Hannigan!

Following on from the April release of Mick Flannery and Susan O'Neill's Courage EP, we are delighted to announce that a second EP, featuring four songs from Lisa Hannigan’s captivating performance from the series will be released on 4 November 2021.

Recorded at the National Gallery of Ireland in May 2020, the EP will feature four beloved tracks from Lisa Hannigan’s critically acclaimed 2016 album At Swim. Fellow singer-songwriter Loah and cellist and vocalist Kevin Murphy are featured on three of the four songs on the EP and the tracklist includes unique live versions of ‘Undertow’, ‘Funeral Suit’, ‘Anahorish’ and ‘We the Drowned’.

Lisa Hannigan has been a part of Other Voices since its inception - she was featured in the first ever series broadcast in 2002 and has performed as a solo artist and with others several times over the last 20 years.  So celebrating that relationship is a real delight.

The EP will consist of songs that were recorded during the singer's live streamed ‘Courage’ performance in 2020. It will be released on the 4th of November.

Thanks to the National Gallery of Ireland for sharing their stunning space for this beautiful performance 💙 And a special thanks to The Department of Tourism, Culture, Arts, Gaeltacht, Sport and Media, RTÈ + Intel Ireland for making Courage possible.