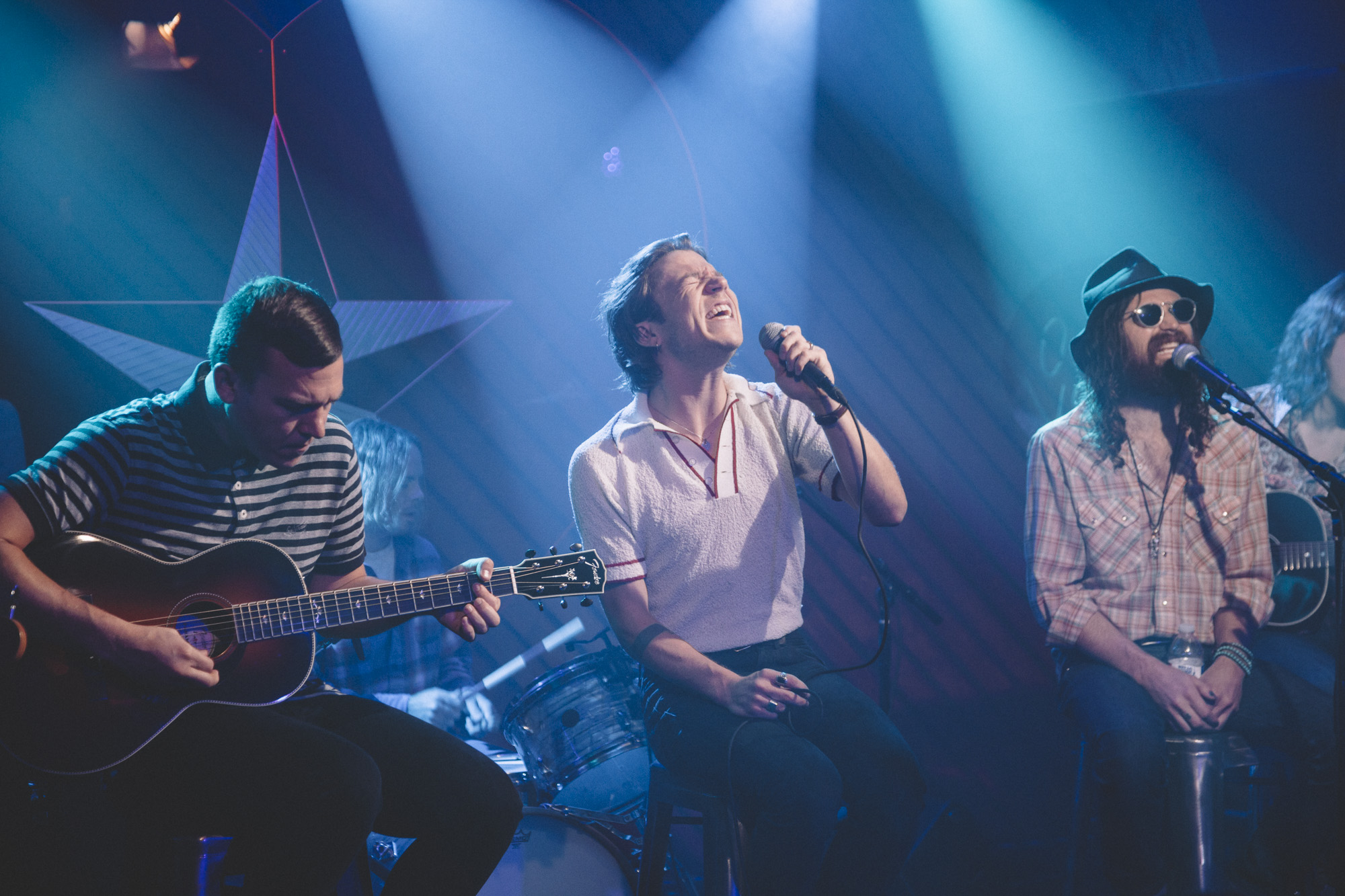 Cage The Elephant are known for their high intensity, fervent rock show with stage moves that would put Mick Jagger to shame.

Other Voices and Cage the Elephant met in Austin, Texas, otherwise known as the ‘Live Music Capital of the World’. The band arrived at Arlyn Studios at the very un-rock n’ roll hour of 9AM on a Saturday morning to perform tunes from their latest studio release ‘Tell Me I’m Pretty’. The album echoes classic British rock from the mid sixties such as the Kinks and The Hollies, but with a fresh twist of zest thanks in part due to working with Dan Auerbach of the Black Keys.

The psych-rockers treated us to a performance of new singles ‘Cold, Cold, Cold’, ‘Trouble’ and the slightly older ‘Cigarette Daydreams’ from their last album ‘Melophobia’.

We caught up with lead singer Matt Shultz in Dublin ahead of the new series of Other Voices starting this Thursday on RTÉ 2.

We were delighted to have you with us at Other Voices Austin.

“Yeah, it was great”

Are you familiar with Austin? Have you spent much time there?

I’ve spent quite a bit of time there over the years. When we first started out we did the whole SXSW thing for three or four years. Some of our friends were in a band called Morning Teleportation – they moved down there and we would go visit.

What did you think of SXSW?

I think that we were blessed to have been doing it right during the last hurrah when it was great so it was good for us. We did three or four shows a day. It was fun though - no sleep.

What’s the music scene like in Kentucky where you grew up?

We grew up in a town that was predominantly a college town. If there was a scene there it was because of a lack of scene. We had a really tight circle and we wrote songs together. One of the bands I mentioned [Morning Teleportation] they’re still together and they signed with Isaac Brock from Modest Mouse. Another band was Sleeper Agent and they were signed to RCA but they broke up. It was a really cool, tight knit circle of friends. I learned a lot.

What kind of radio shows or tv shows did you listen to to discover music?

There wasn’t really a lot available. I used to sneak back into my grandparents bedroom to watch MTV when my parents were out because I wasn’t allowed. When we were in High School our parents got divorced so we would sneak down to Nashville on the week nights. Which is really where we got started.

Why did you make the jump from Nashville to the UK?

We did a small tour in the States for about a month or two and then just decided to move to the UK. We packed up all our stuff and moved to London and lived there for two years. It was awesome. We call them the ‘Dark Days of London’ because we went hard.

Is that where you met Foals?

Yeah. Foals are such a good band. They are one of the best live bands for sure right now.

Cage the Elephant have quite a specific visual direction and I see you directed the video for Cold Cold Cold. Is the creative, visual representation of the band important to you?

Yeah, because when I was younger I had a lot of creative baggage. I was trying to prove that I was creative instead of using creative works for what they’re meant to be used for which is to communicate. It’s really important for us now to control the topics and the message of what we’re trying to say.

Have you directed videos before?

Yeah, I directed Trouble – which was almost a disaster because we picked a beautiful site but it was so spread out. It was like a battlefield. Trying to get the camera men and other people to different places and cars were getting stuck in sand. Actually after we finished the video I was in my hotel room – I can’t believe I’m admitting this – I sat in my bathtub and cried. I thought I totally ruined the video everyone was going to hate me.

But they didn’t hate you and they let you do another one?

Your live show is infamous for being extremely energetic and jam packed with voltage. How do you sustain that?

You do get completely wrecked and you just do it because… it’s probably a mental disorder. I’m pretty convinced at this point. [laughs] An obsessive thing.

Tell me about the new album. Where was it recorded?

We recorded in Nashville in Easy Eye Studios with Dan Auerbach. For Dan, the song comes first and then he wants to capture that original feel before it gets too far away from when you had that first idea. He’s really good at not letting you get in the way and has a great grasp on what’s too much. I would almost call him a chef – a musical chef. [laughs]

Cage the Elephant make their Other Voices debut this Thursday night. Tune in to RTE2 at 23:30 to see their performance in Arlyn Studios, Austin.