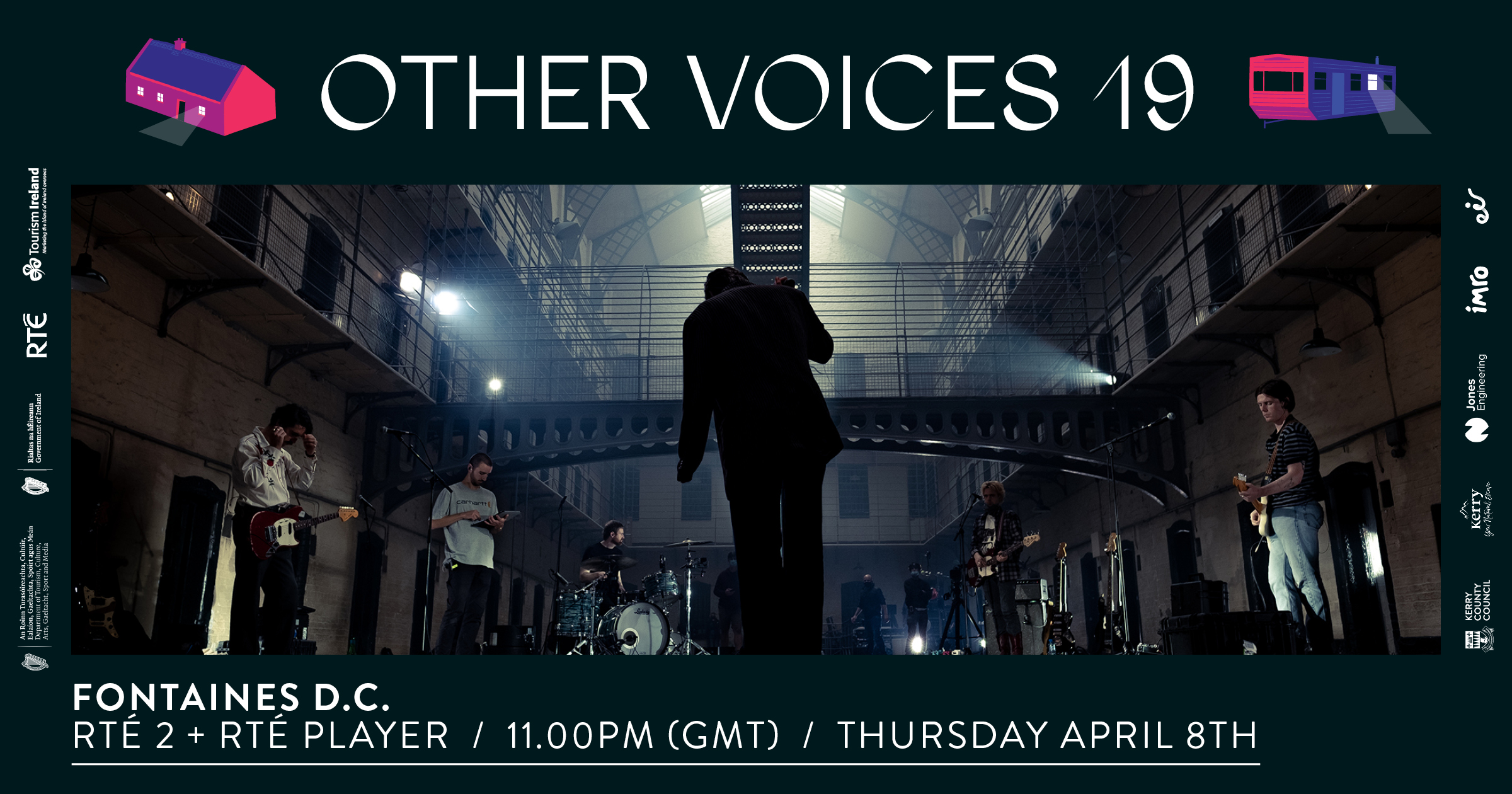 Every once in a while a band comes along and changes everything. Fontaines D.C. are one of those bands.

Since releasing their critically acclaimed debut album Dogrel in 2019 Fontaines D.C. have gone on to be nominated for the Mercury Prize, the Choice Music Prize and in 2021 picked up a Grammy nod for their incredible sophomore record A Hero's Death.

They’ve toured extensively worldwide selling out shows in iconic venues such as the Brixton Academy and playing renowned festivals such as Glastonbury Festival as well as performing on international TV shows like Jimmy Fallon and Later with Jools Holland.

Last July they returned to their roots playing a homecoming gig in the iconic Kilmainham Gaol as part of Other Voices: Courage. This performance has since gained legendary status, being showcased as a warm up performance for U2’s live stream of their iconic 1983 concert at Red Rocks Amphitheater in Colorado as part of their The Virtual Road tour. The groundbreaking performance has also been nominated for best Live / Livestream Act at this year's prestigious Libera Awards.

Other Voices are delighted to share the band's electric set in its entirety. This one-off special episode will contain a never before seen interview and performances that have not been previously broadcast on television.

Tune in to RTÉ 2 and worldwide on the RTÉ Player at 11pm on April 8th - it’s not to be missed!

For those outside of Ireland, the performance will be live on the RTÉ Player at 11pm (Irish time) on Thursday 8 April here: https://www.rte.ie/player/