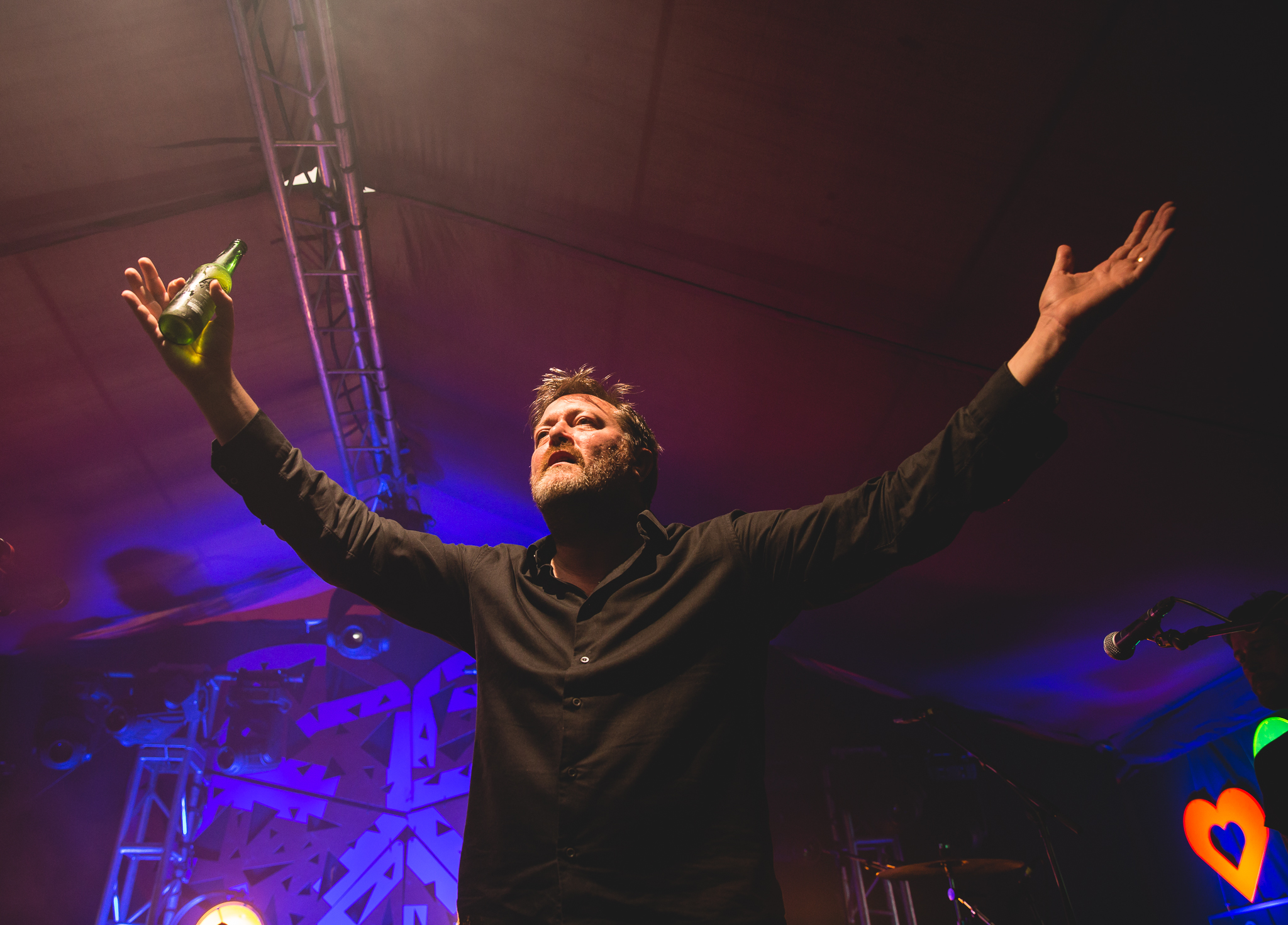 Pillow Queens - 13.50
The Dublin four-piece look equal parts delighted and startled at the proposition of playing the Other Voices stage this afternoon. However, once they get a few songs into their set, those nerves seem well and truly banished. Playing vibrant pop-punk with an angular edge, Pillow Queens chant vocals and well chosen harmonies make for an energetic and engaging performance. 'Wonderboys' is a highlight for its bite and intensity, while closer 'Rats' has a chorus that sticks in your head long after their set's fconclusion.

Certainly a mellower affair, Ailbhe Reddy is poised and confident in her performance this afternoon. 'Distrust' and 'Hollowed Out Sea' highlight her powerful vocals and deceptively intricate arrangements, while 'Fingertips' hints at a more up-tempo sound. For the most part though, things are quite sedate, making this a soothing set for woozy heads. No bad thing on the third day of a festival.

Perhaps winning for the prize for best dressed performer of the weekend, Naomi Hamilton (aka Jealous Of The Birds), arrives on stage with an outfit and facepaint worthy of Adam Ant. Wielding a flying V guitar, she's a striking presence, leading her band with undoubted conviction. Their performance today never stays still, ranging from nimble indie-rock to introspective lounge act jazz. Perhaps still searching for a definitive sound, it's an eclectic if slightly disjointed set from the young Northern Irish singer-songwriter.

Every year Other Voices brings some very special guests into the woods for a surprise appearance. This afternoon sees the return of old friends Elbow. When word gets out an hour before their set, our little church quickly becomes host to a heaving congregation. A band purpose built for festival crowds, Elbow's sing-a-long choruses and avuncular warmth creates a brilliant atmosphere during this unexpected guest appearance. Playing a stripped back set, drawing from their superb recent album 'Little Fictions', it's a set that delights true fans and converts the uninitiated.

Loah - 18.00
A commanding and extroverted performer Loah keeps the energy up as we approach the final evening of the Electric Picnic. Playing songs from her recent 'This Heart' EP, it's a diverse set, that showcases the emotional force of her voice, as well as the fundamentally funky band underpinning her songs. A multi-faceted set that definitely leaves the crowd hungry for more, it's anyone's guess what Loah does next.

Along with her partner Jack Inslee, New York singer-songwriter Odetta Hartman creates a powerful, genre-bending sound that takes her folk and bluegrass roots and warps them into something altogether different. A melting pot of electronic beats, distorted rasping vocals, classical violin and brittle banjo, one can't help but feel swept along with the duos ambition and spontaneity. Closing with a Woody Guthrie cover re-imagined for the Trump era, it's a thought-provoking conclusion to an energetic and deeply enjoyable performance.

After some travel stress, PIXX arrives ready to impress on the Other Voices stage. Creating thoughtful, complex but no less danceable pop, the songs from PIXX's debut album 'Age Of Anxiety' really shine when performed live. With a keen sense of visual presentation, the Londoner is an instantly watchable and engaging figure. 'I Bow Down' and 'Grip' are particular highlights in a striking and single-minded set, which gives an immediate impression of a performer living inside the world of her songs.

Bringing it back home for our Sunday headliners, the Wicklow trio Wyvern Lingo have gone from strength to strength since their first appearance on this stage in 2015. Accomplished musicians with a mind-readers sense of synchronicity, it's the kind of performance that shows why Wyvern Lingo are one of the country's most revered new acts. Although we might have to wait a little longer for a debut album, tracks performed tonight, such as recent single 'I Love You, Sadie', highlight the bands ease in making blissful big-stage pop. By all accounts it's a fitting end to an excellent weekend.