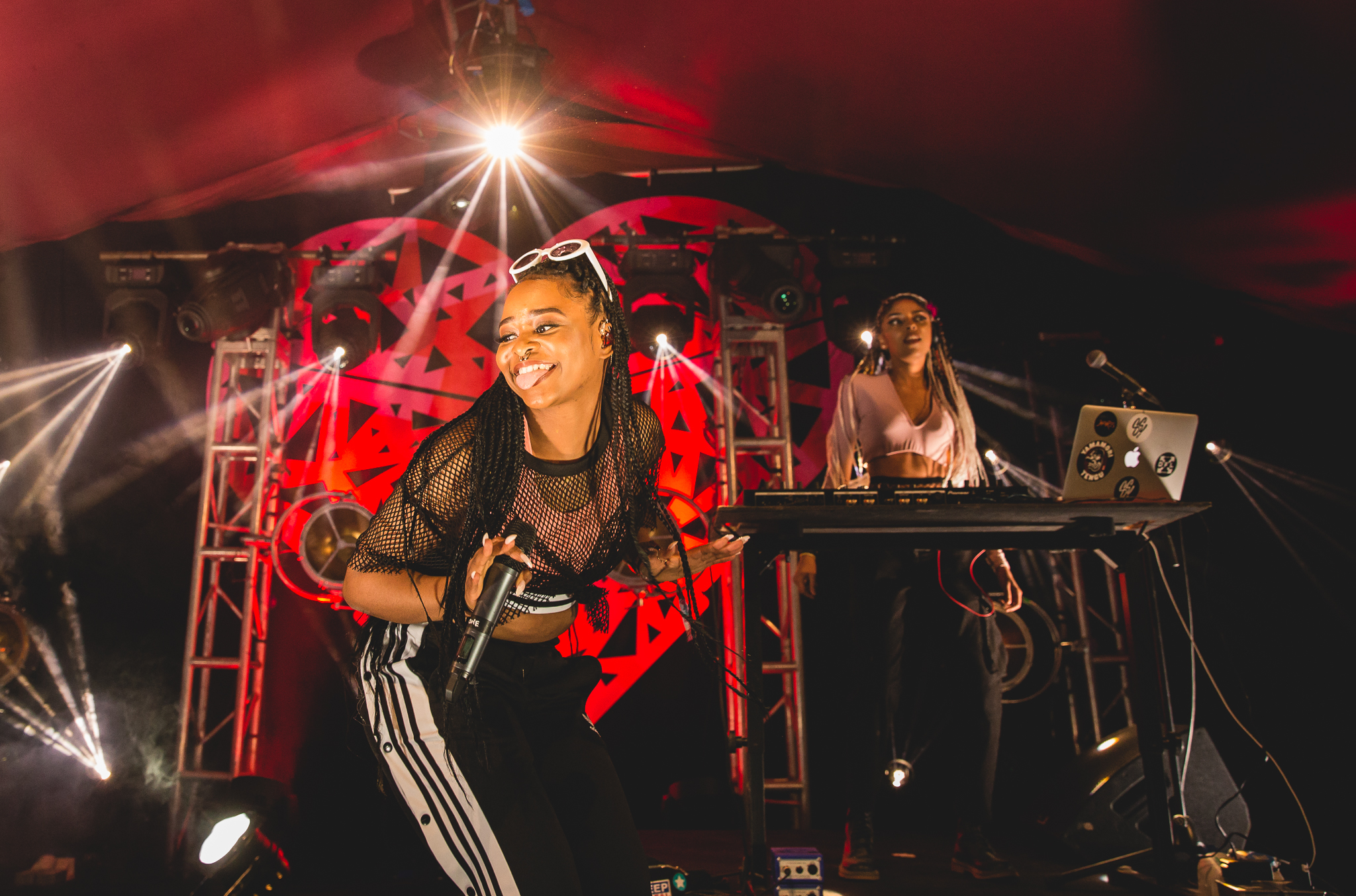 The Other Voices church was packed with ready revelers at 4pm this afternoon, as Philip King, MayKay and Huw Stephens welcomed Booka Brass Band to the stage. The ensemble's infectious mix of danceable funk and soul has feet moving from the off. New track 'Burnt Mambo' hints at the groups more sedate side, while closer 'Svensk Sas', is a brilliant exercise in showmanship and crowd-pleasing. "Get on the floor if you want some more", comes the call from on-stage. The crowd hunkers down in anticipation of a slow crescendo. As per usual, Booka Brass don't disappoint, creating an arms aloft conclusion to our first set of the day.

Charlie Cunningham's music is an intricate blend of flamenco guitar and emotionally charged vocals. Despite being one of the quietest acts of the day, he draws an attentive crowd, serenading us with songs such as the poignant 'Minimum' and the wistful 'While You Are Young'. A lesser singer-songwriter might struggle in the din of a festival environment, but Charlie has a knack for winning the crowd over - particularly when covering the MIA favourite 'Paper Planes'.

Talos draws a big crowd, for their much anticipated performance. Creating ambitious, atmospheric soundscapes with a striking emotional force, it's a stadium-sized set for the intimate Other Voices church. Tracks such as 'In Time' and 'Tethered Bones' showcase the soaring vocal of singer Eoin French, surrounded by a tight and rhythmically diverse band throughout.

After a subdued start, the natural bravado of Supersilly starts to take effect. Despite being a relatively new ensemble, the R&B quartet demonstrate an ease and comfort both in musicianship and on stage banter. Generating a call and response rapport on tracks such as 'Woah' and 'Bamidele', their performance today hints at bigger things to come. Although tracks such as 'Hold Your Liquor' and 'Mile High Club' are evidence of a band still maturing, there's much to enjoy in Supersilly's natural flair, and funk filled grooves.

The hotly-tipped Soulé takes the stage like a true pop diva. "Make some noise E.P!" is the repeated call of her 40 minute set, charming the crowd early on with hits like 'Love No More' and 'Troublemaker'. There's clear evidence of a performer in her element, exuding a genuine joy throughout. With choreographed dancing and a guest vocal from Jafaris on 'Won't Let You Go', Soulé's performance is a slick, pop production that still manages to retain its heart and charm.

Electric Picnic veteran David Kitt, a.k.a New Jackson, keeps the energy up with a no-nonsense performance. Pulling out his Bowie inspired 'Electric Blue' early on, Kitt has a keen read of the crowd, creating a pulsing, hypnotic soundtrack to some much needed Friday night dancing. Drawing from his superb debut album 'Night To Night' released earlier this summer, New Jackson is a commanding and inventive addition to the night. Closing track 'Of A Thousand Leaves', evokes classic Chicago house, providing a thumping, triumphant ending to the Dubliner's set.

With a late stage time and headlining slot, it's hard to know how Saint Sister's intimate atmos-folk will fare. However, as the main arena becomes a little more manic, inside the church we're treated to a vista of calm. Beguiling, close harmonies are beautifully balanced by subtle syncopated rhythms. A crowded church hold its breath, enchanted by Saint Sister's delicate and nuanced performance. The lyrical vulnerability of tracks like 'Tin Man' and 'Blood Man' can't help but stir the senses, providing a mellow, but no less memorable conclusion to day one.