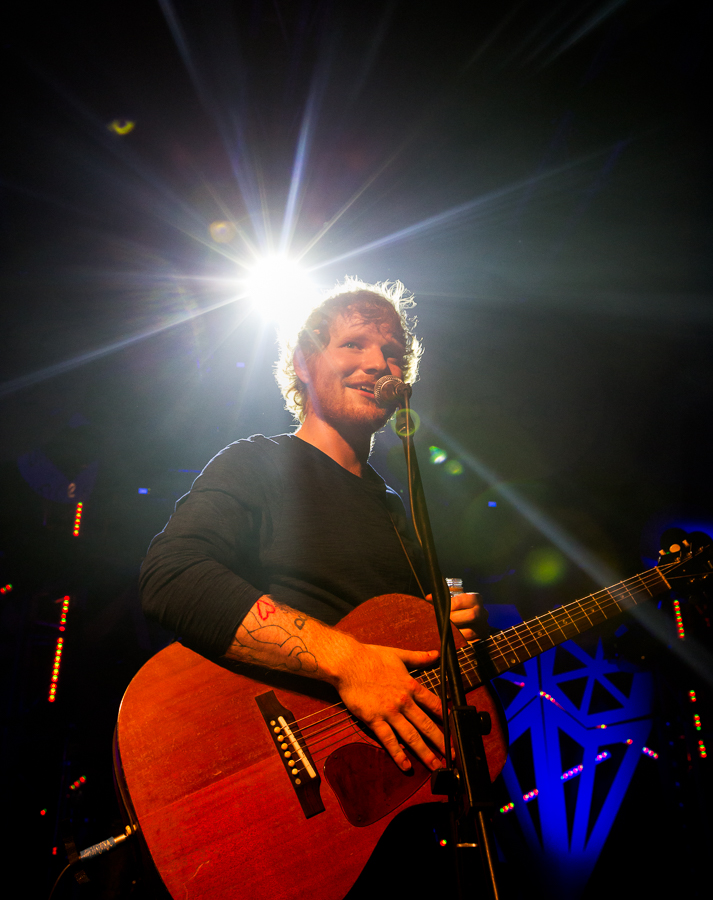 English folk group, The Unthanks had just finished their set on the Other Voices stage at Latitude Festival when Philip King advised two hundred audience members to stick around for a very special surprise guest. After a few minutes of anticipation, Ed Sheeran graced the stage and broke straight into the global smash hit Thinking Out Loud. Sheeran, who had borrowed Nathaniel Rateliff's guitar, played a few songs on his own, including an unrehearsed but enjoyable cover of Feeling Good. The singer-songwriter grew up in Framlingham, Suffolk and has been a longtime fan of Latitude Festival. Ed also spoke to audience members about visiting Dingle and seeing Fungi on a family holiday when he was younger. To close the impromptu set, Sheeran welcomed Nathan Connolly and Johnny Quinn of Snow Patrol on stage to perform a very special, once off version of Chasing Cars.