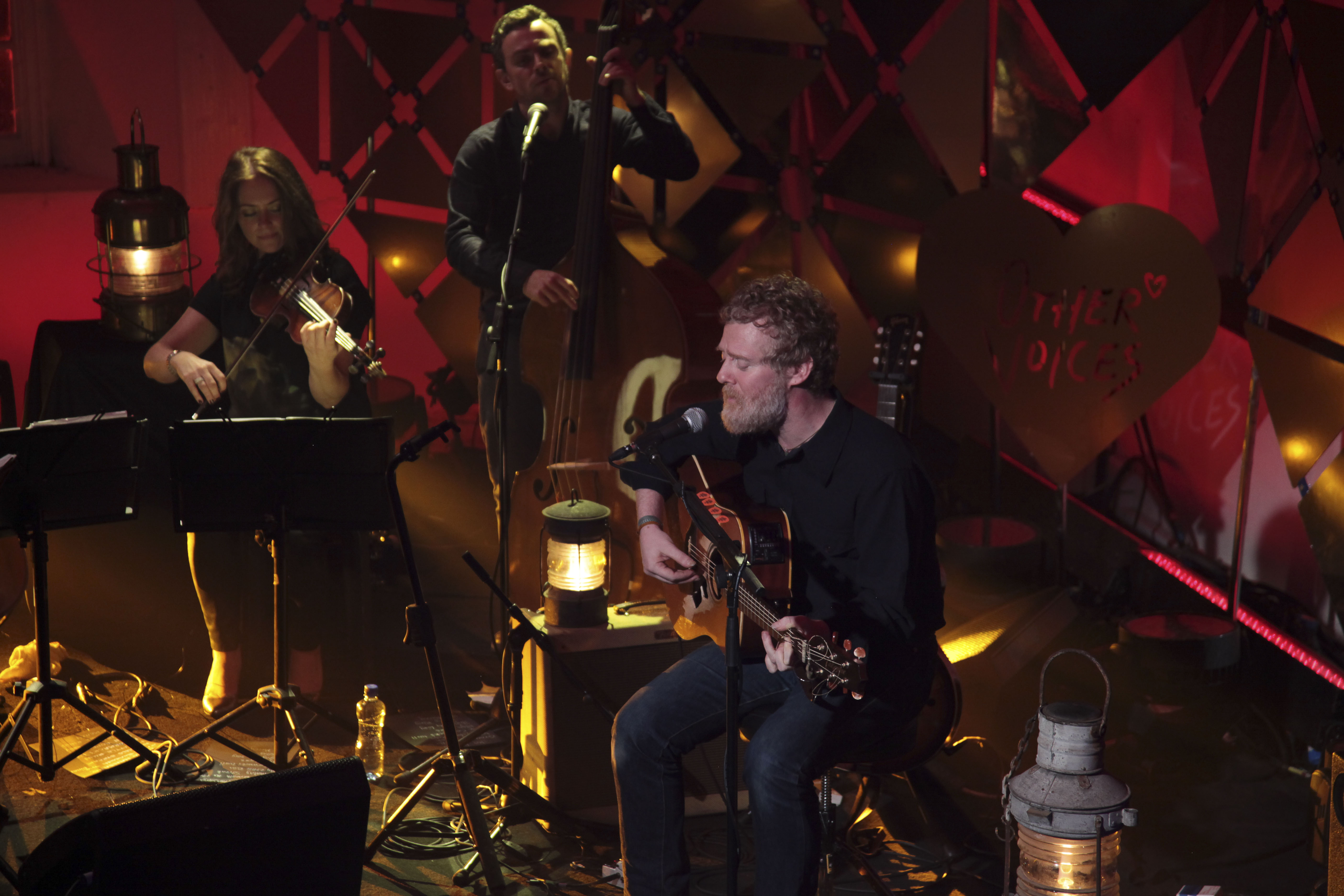 Dingle is a special town at any time, even on a quiet night. It responds well to an influx of people and this weekend, the population feels like it has doubled despite Storm Desmond's adverse effects and viral RTÉ newscaster Teresa Mannion's warnings.

The expanded music trail sees 40+ acts play in the town's many pubs and other buildings and on Saturday afternoon, there are about 20 bands and artists playing. Catch the smokey trio Bad Sea in The Coach House craft shop? See rising singer-songwriter Maria Kelly in a café? Watch Sample Answer hold court in a courthouse? Lep around the gaff to Glen Hansard-approved Bitch Falcon's energy-charged rock in An Chonair ? Sure why not?

It is the returning singer-songwriter David Kitt who draws the biggest crowd, to the Dingle Brewing company. His set of old favourites and a cover of Prince's 'When Doves Cry' are perfectly pitched, and the odd gremlin give Kitt room to share anecdotes about cheese innuendo and recollect about the first time he played for the cameras Other Voices and how he should have been more cautious in his intake. It's a sentiment that has its own song in the form of 'Say No More', from his most recent Kitt album The Nightsaver and a pertinent reminder, in such a nice town, of how we can take Dingle to our lips as much as his hearts.

Yorkshire man Richard Hawley's set in St. James Church later that night was a merry one with as many anecdotes about his life as there were songs from his recent album Hollow Meadows, performed as a guitar duo. Dingle had taken its hold on his guitar tech too, who was proudly wearing a Foxy John's pub t-shirt, no doubt, now a highly-coveted item.

A returning hero and pretty much an Other Voices co-founder, Glen Hansard is always welcome on a Dingle stage and his 45 minute set is largely drawn from Didn’t He Ramble, his excellent new solo album. Joined by a string section, a keyboardist and a drum kit with “Save A Soul Mission” emblazoned across the floor tom, Hansard dedicates Paying My Way to his father and Tommy, the vehicle rescue man who saved his mission to Dingle during bad weather - “It's a great day for work,” Tommy told him.

His music was met with reverence in Benner's Hotel where a large crowd gathered to watch the music via the well-amplified and HD live stream, which is available throughout the town during the Church filmings. Songs like 'Numbers' and 'Wedding Ring' prompts hushing such is the respect for the songwriter, even outside the confines of the church.

In the middle of the evening, it was the turn of the youngsters to shine. Limerick's Bleeding Heart Pigeons make music which reaches for ambition beyond most teenagers. Their debut EP bravely explores the psychology of the Columbine School massacre killer and the recent single 'A Hallucination' which can clock in at eight minutes. The willingness for the band to go further than most bands, old or young and in the church, makes for a hugely-impressive set that draws from a traditional rock setup but pulls from prog, electronic and beyond. Their 2016 debut album Is will be released on Virgin Records in January. They may soar.

Afterwards, it's the turn of Mahalia, a Birmingham singer-songwriter, who like Bleeding Heart Pigeons, has been creating and playing music since a young teen, at open mic nights at age 12. Now only 17 years of age, an admission which draws audible gasps, and perhaps, weary anger from the assembled crowd. Mahalia plays a song she wrote about her first boyfriend, which was impressive, despite the fact. Elsewhere, there were endearing songs about a “silly girl”, a mean girl with insecurities and the cute 'Maisie', a song she wrote for herself about staying true to yourself. The subject matter may be suitable for a teenager but Mahalia's endearing stage presence keeps us close.

In 'Borrowers', the lead track from her Never Change EP, out this week, her soulful timbre starts to sound completely her own, and an a capella song that moves between song and spoken word, addressing the pursuit of fame against all odds with a character stealing and avoiding paying rent in her relentless thirst for it (“this don't matter to me, soon I'll be VIP”), points a stunning way forward for an already supremely talented musician.

The Minnesota band Low have a 22 year history, centred around the dual tension of guitarist and vocalist Alan Sparhawk and the punctuating harmony of drummer and vocalist Mimi Parker.

With their latest album Ones And Sixes, their eleventh, being their most vibrant in years, their Other Voices set, the last of the night to be filmed, is characterised by slow guitar chugs that fill the room to the rafters, matched by Parker's suitable thudding drum beats. The pair howl effectively together, in ways that only musicians with long experience can. 'What Part Of Me is a stunning highlight. Low's set swirls around the room and sends us off into the late night, seeking more music to take to our hearts.