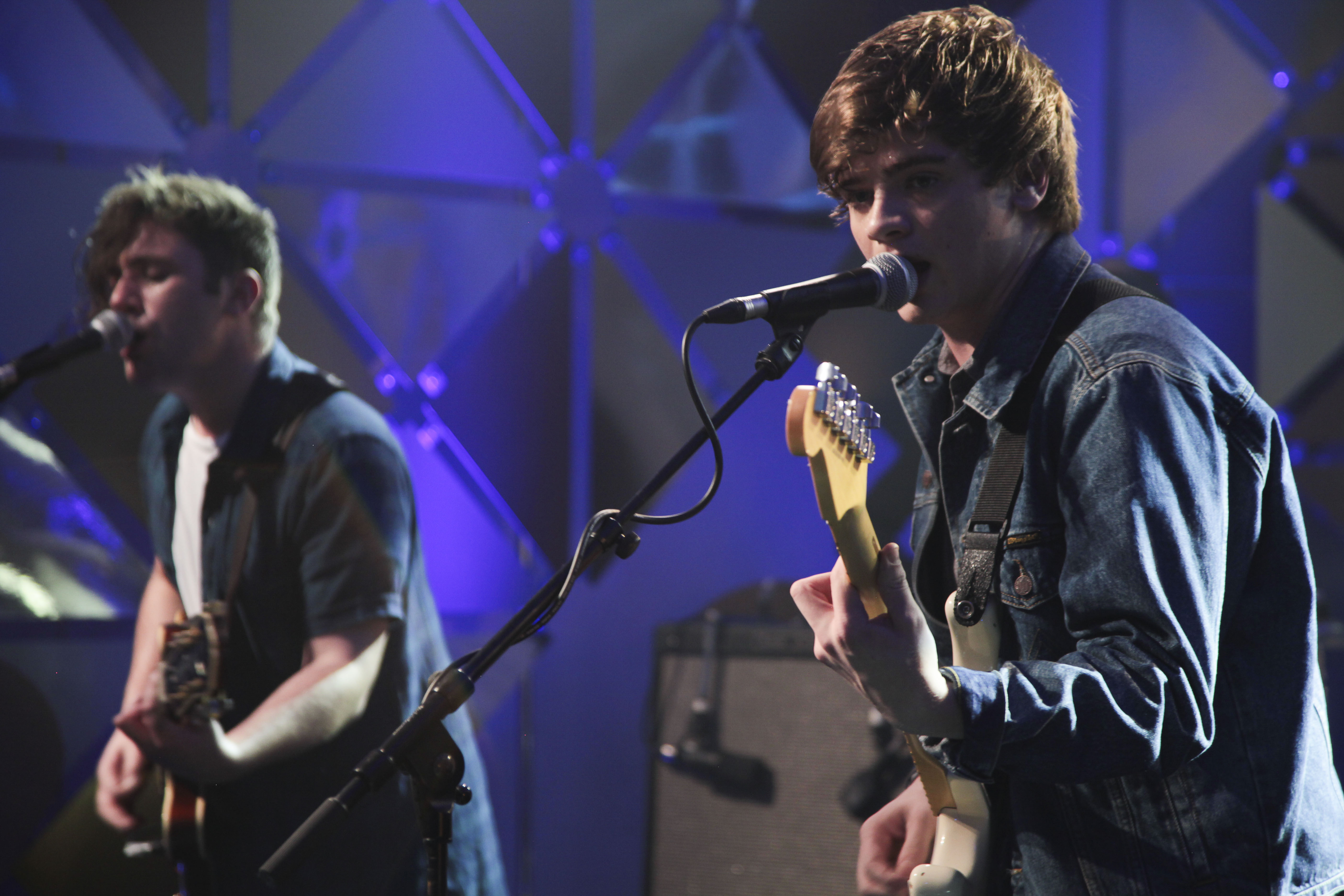 Irish people love to talk about the weather but are never prepared for it. The experience of travelling to Dingle from afar is often thought of with a misty-eyed idealism of expectation.

Combine those two things in the middle of a storm though, Desmond, as it's been christened and the travel to Kerry becomes much harder due to baying winds and torrents of rain. Planes land with stomach-churning bounces and the drive down elongates by hours in a battle against the elements. One plane diverts to Cork airport after two aborted attempts.

Upon arrival in Dingle, the storm continues to make its presence felt making the “trail” part of the music trail a messy wet experience but many are content to stay put in their chosen pub. My Tribe Your Tribe warm up Geaney's with some indie-rock, Eve Belle sings a cover of Britney's 'Toxic' in Adam's Bar, Declan McLaughlin cheekily references The Undertones' 'My Perfect Cousin' in song in Dick Mack's and Mongoose's trad folk harmonies set us up in An Droichead Beag for a great night ahead.

The first night of the fourteenth season of filming in St. James Church is defined by economy. There is an impressive minimalism on display with many of the performers drawing much out of few instruments.

The London rapper Little Simz is introduced by cohost Huw Stephens as a fiercely independent 21 year-old MC. That staunch attitude has lead to a cosign from Kendrick Lamar and can felt in her rap music, which is a welcome contrast to the regular A&R'd party braggadocio.

That freedom is heard on recent album A Curious Tale Of Trails + Persons on a unusual song that serves as an apology to her neighbour for her incessant late-night music making ('God Bless Mary'), which moves Simz to tears on stage. Not many rappers would be so comfortable to express both the sentiment and to react to it on stage. Little Simz is refreshing in that regard. She's backed by DJ, playing her soulful but often raspy brand of hip-hop. The focus of her performance is all hers. All she needs is one mic and one voice, appropriately enough for a show called Other Voices.

Jack Garratt's impressive economy comes from the fact that he does everything himself. Everything. He plays keyboards, shreds guitar, hits electronic percussion and has a voice that can go from sweet falsetto to a rock roar. And he does it all at the same time, on the same song. It seems Garratt can do whatever's asked in some prodigious manner. When Huw Stephens looks to Garratt on stage to help him out of a delay in transmission, he obliges with an on-point impression of hotel lounge music.

As for his own music, Garratt's bewildering talent can threatens to overshadow the song but he keeps it reigned in enough, despite being the one-man band who can change direction at a second's notice, the songs stack up. Often anchored by rumbling bass and bright piano chords, his best moments meld it all cohesively, as on the electronic gospel of 'The Love You're Given' and the Jeff-Buckley-esque pop of 'Weathered' (the title of which draws a chuckle from Garratt, ever an endearing and energetic showman).

Holly Lapsley Fletcher is another prodigious talent, who in contrast with Garratt, reduces her musical palette to warm keyboard notes and sparse electronic percussion. The minimal setup, flanked by two musicians, means that the Liverpudlian 20 year-old's voice is the central force of the music she makes as Lapsley.

The benefit of sitting in the third row of St. James' Church means that even with the PA in use, a powerful textured voice such as Fletcher's can be felt in the room. Signed to the same label as Adele, XL Recordings, there is some of that same belting magic at play, but Lapsley's music doesn't reach for big diva crescendos, favouring sounds that draw you in to her world as on 'Falling Short' and 'Painter (Valentine)' and the two mic / pitched-down-featuring 'Station'. A huge talent operating with an intentional and considered palette.

From Austin, Texas, Shakey Graves has the air of a globe-trotting troubadour. With two guitars, one acoustic and one electric and a suitcase that doubles as a kickdrum operated by his heels, Alejandro Rose-Garcia's country/rock twang is the height of economical sense for a lone travelling bluesman and in a song like Donor Blues, it has affected his craft too, as he sings about leaving a part of yourself and taking on a new part every time you visit a place. That give and take is a fair one for tonight's audience.

The last set of the night in the Church is given to a band who first made their name in Dingle two years ago when they played the music trail. Mullingar's The Academic look like the youngest lads in Dingle but as with Lapsley, Little Simz and Garratt, the new generation are reaching great heights much quicker than before. The Academic's melodic indie pop as heard on recent single 'Different', is at the forefront of the Irish music scene, and their set suggests greater heights yet to be scaled.

Around the corner in An Chonair, the party continued in a outside marquee in the pub's backyard. Two examples of the new breed brought night one's festivities to a energetic climax. Hare Squead, who mix pop, soul, rap and R&B, set the stage for Limerick and Clare trio Rusangano Family to deliver their head and heart-filled rap to a crowd that wouldn't stop bouncing but remained engaged to stories of refugees and freestyles about culturally-different school students. In the eye of the storm, in a marquee in Dingle town, music made it easy to understand why many made the long trek to Kerry.