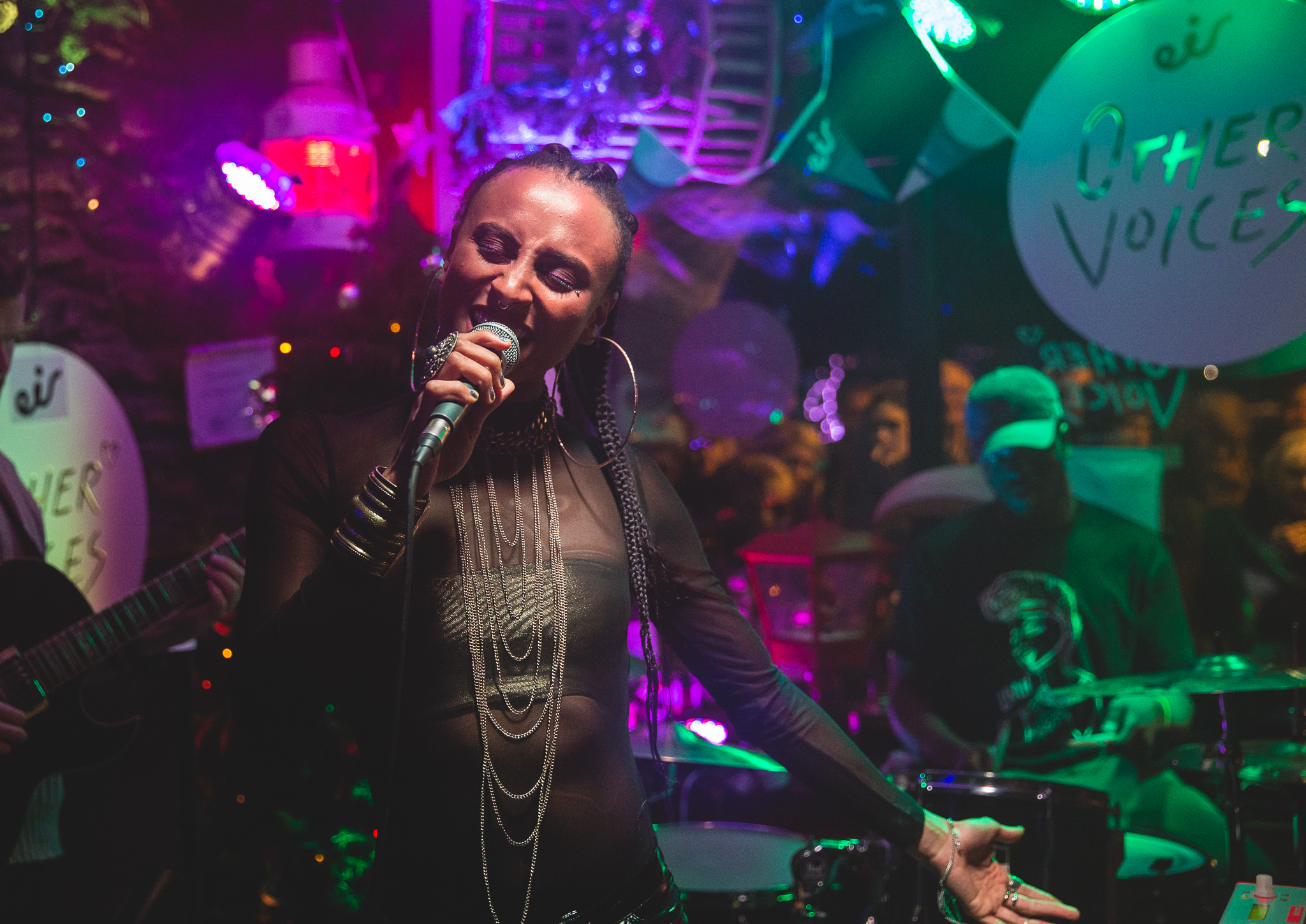 Day 3: The Music Trail In Association with Heineken | Other Voices 2017

Based in Brooklyn, New York City, Irish singer and songwriter Sorcha Richardson has over the past few years rightly impressed anyone with an ear for music that intrigues. Her opening song (I didn’t catch the title - hey, it’s been a long weekend!) wove the type of spell that rarely hits home. Building up in soft layers and reaching a natural conclusion with a coda that matched Sunday’s mid-afternoon festival slumber, it was followed by a heartbreaker of a song called Lost. Written in response to a friend’s relationship break-up (‘it’s over, you’re lying on a cold shoulder, let’s do whatever to forget her, she is leaving you, just let her…’), the tune made all the right moves towards the direction of your emotions. Much like Richardson herself, if truth be told.

Northern Irish singer-songwriter Stevie Scullion made a smart decision to have two supplementary musicians - a fiddle player and a cellist - with him at this well-attended gig. On his ownio, Malojian is a really good independent musician, highly efficient at engaging an audience of any size, an adaptable sort, and a performer well used to spinning on a coin. His songs sound just fine, too, but with the extra string-driven textures this turns out to be one of the best gigs of the weekend. Original material is interspersed with a cover or two (Neil Young’s Out On The Weekend is particularly good), the result being a warm and welcoming gig from a musician so comfortable in his own skin he wears it much better than most of his contemporaries.

Josienne Clarke and Ben Walker are British folk singers and musicians (and winners of the genuinely prestigious BBC Radio 2 Folk Award) that have a symbiotic relationship with tradition and quirkiness. A song by the name of Something Familiar, says Josienne, is a “A slow waltz ballad based on a Proustian moment…”, and so begins an exceptionally erudite and witty gig that engages with the intellect while simultaneously laying down some fundamental ground rules about just not thinking about things and allowing the music to seep in. Frankly, it’s a pleasure, with Ben’s meticulously played acoustic guitar, and Josienne’s voice sounding as if it was specifically fashioned to be heard in such a venue as beautiful as An Diseart. The majority of the gig’s songs are rooted in a strand of English folk music that joins the dots from Norma Waterston and Shirley Collins to June Tabor, Sandy Denny and Kate Rusby. They even throw some Gillian Welch (Dark Turn Of Mind) into the mix, which further strengthens Josienne and Ben to be in contention for the Classiest Gig Of The Music Trail Award.

It’s quite likely that watching Loah perform a short set of songs in a small corner of a pub will soon become a fond and distant memory. Her rise from background singer to imminent crossover success may have taken a fair few years, but her hard work and - just as importantly - her persistence has clearly paid off. No longer a performance ingénue, she has the packed bar on the waterfront in the palms of her be-ringed hands and bejeweled wrists by the end of the first song. With ripples of guitar lines, swirling, gymnastic vocals, twinkling keyboards, and rhythmic arrangements that are the epitome of what the Oxford English Dictionary defines as good taste, the gig is an object lesson in how to apply the principles of cool without ever stooping to cliché.