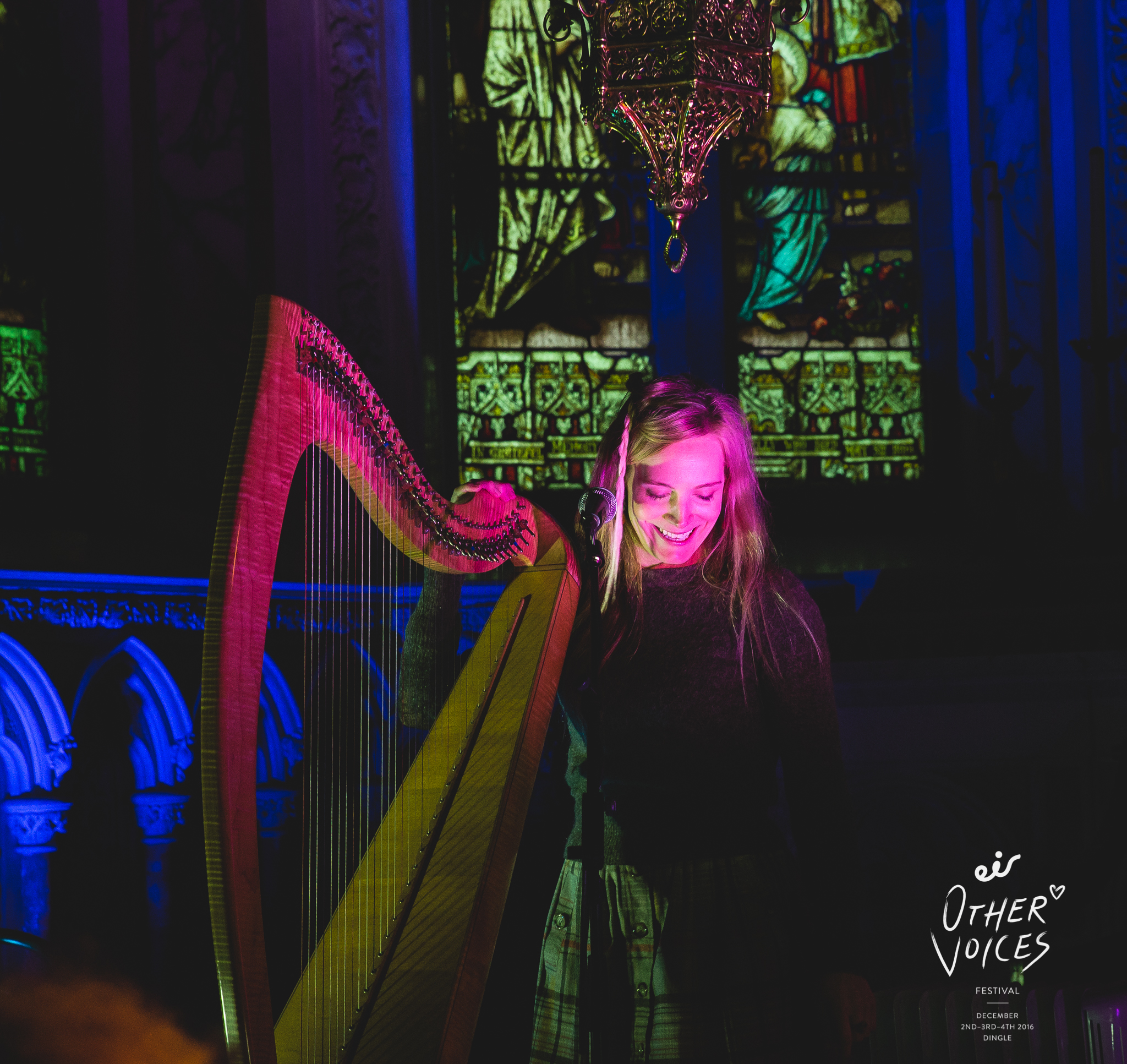 Day 3: The Music Trail In Association with Heineken

The queues for this surprise gig snaked out from An Diseart’s entrance onto Green Street, such was the level of pre-show buzz. Word had it that it was Hattie's gig, but that a musician by the name of Glen Hansard would be putting in an appearance. (As it transpired, Hansard didn't turn up until after the gig finished, pretty much, but such is his pulling power that as soon as the stragglers saw him walk into the venue, they marched back, Pied Piper-like, to witness a compact solo show of originals and covers, including a Leonard Cohen song). Hansard's tardiness, however, was good news for his 'replacement' - Cork singer-songwriter Jack O'Rourke, who teamed up with Webb on a gorgeous version of Cohen's If It Be Your Will. Of course, as a constituent part of The Webb Sisters, Hattie would be known through her involvement with Cohen, and as such delivered a sequence of songs that would surely have made her former collaborator crack a wise smile. Webb began with a spell of enchantment called As Long As We're Dancing. Accompanied by harps of one kind or another, she provided the kind of Sunday mid-afternoon balm that would surely have found favour with a few sore heads. A sharply plucked version of House Of The Rising Son and original songs, Newton's Law and Call My Name (accompanied, in a burst of spiritual coincidence, by real live church bells) almost brought the angels on the Harry Clarke windows to life. Oh, boy. Oh, wow.

We had arrived here presuming that we had totally missed Kittser's set, only to discover that he was still playing. What we caught – the final ten minutes - was cooler than a cold December day, all terrifically atonal guitar and violin in a way that brought to mind Velvet Underground raised on a diet of Dingle Gin. Tight and loose, loose and tight, yet whatever the fit it sounded perfect. (In his New Jackson guise, Kitt had played the night before in An Chonair Bar to a stuffed tent; this gig was also rammed, so whatever Kittser is doing, he’s clearly doing it right.)

In a sentence? How about this: three-piece punk rock band thrashing out the three chord riffs like there's no tomorrow. Songs such as I Wanna Go To Bed (which they played twice, one version much faster than the other) were performed in front of a demographically eclectic audience, but as the lead singer said with a wry aside, "we thought we'd be playing in front of no one..." After this show of punk rock cuteness, you can't imagine Thumper ever playing to an empty room.

Moonlighting from her full time gig in The Magic Number, Michele Stodart (who, for her time in Ireland, is also a member of David Kitt’s backing band) plugs her latest album, Pieces, and delivers a variant of country/roots/folk that reference emotional upset and hurt. Performed with an understated eloquence that is honest and forthright, Stodart’s short set breaks some hearts – thanks be to God we’re in a brewery to get them mended.

It starts slowly, almost like a dream, and then within minutes turns into a benign nightmare of the kind you really don't mind being a part of. Meltybrains? is a divisive bunch: some people think they're an art-anarcho aberration, while others reckon they're the best thing to shake up the Irish music scene in years. We'll go with the latter, to be honest, because their music has real form and substance to it. Drawn out and textured soundscapes mill around with all manner of styles: prog rock, jazz fusion, nursery rhymes, Gregorian chant, Zappaesque notions of structure and form, and basically whatever you're into yourself. Conclusion? Love it.