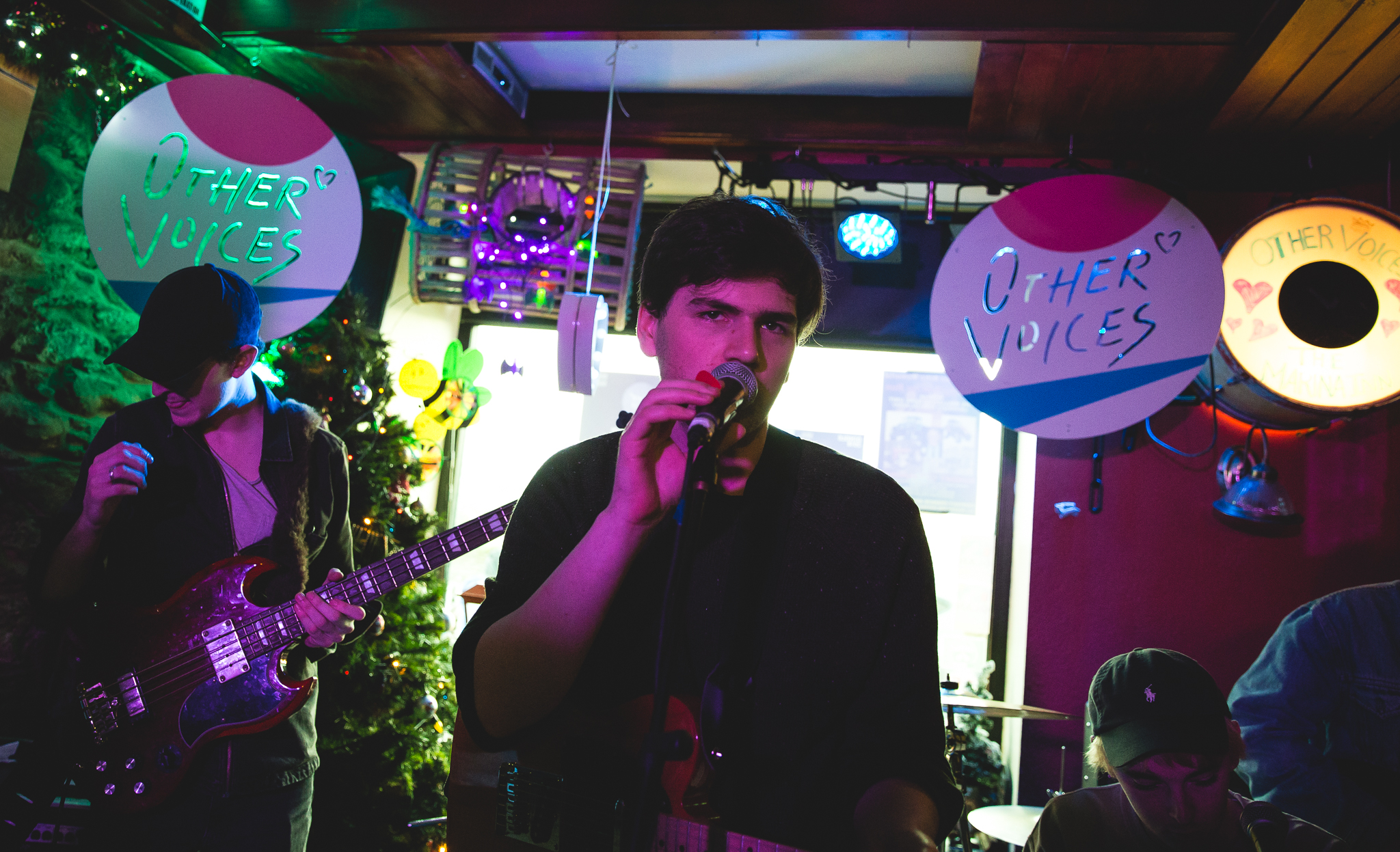 From the south of Ireland via Liverpool’s Wirral Peninsula, Laurie Shaw may be one of the most prolific songwriters you have never heard of (we stopped counting his albums after 30), His quality control, however, is on point (most of the time, anyway), but his forte is in a live setting, where he can easily curate and corral his back catalogue into some kind of manageable shape. While his albums vary in style, his current live shows highlight a scenario that will be familiar with those who have a preference for rough-edged and serrated pop songwriters such as Wreckless Eric, Graham Parker, Elvis Costello (circa 1977-‘80), and more contemporary mavericks such as Jarvis Cocker. In other words, Laurie Shaw is a bit of a blast, something of a classicist, a man with a finger on the pulse of the past, and a performer very much worth your time.

Crikey! Let’s hear it again (and again) for the bands that can make the kind of noise we have been exposed to for decades yet still manage to create a level of music that sits well with life, the Universe and everything else that makes us what we are. Say hello to Thumper, a Dublin group that have been around for a few years but which have really come into their own in 2018. With songs – sometimes quite lengthy ones – that seem to be made out of an impossible composite of granite and titanium, they reach for a level of catharsis that can only arrive with extreme care and attention to detail. Visually, they are assisted by a battle line of four guitarists that - as one ear-shredding entity to beat all ear-shredding entities - combine to deliver the best kind of noise around. See them. Believe them. Bring earplugs.

From Dublin (although they specify “North Dublin”, which is cool because, frankly, geography is important), Girlfriend make what to many is a surprise announcement at the start of the show: “this is our last gig for a long time.” We’re not exactly sure what they mean by this, but it’s clear this show is the end of something. What comes after is, of course, conjecture (we’re guessing time away from schlepping from one venue to the next for bouts of creative songwriting), but on the basis of this show it’s a shame they’re going away, even for an unspecified period of time. The songs performed display preferences for a Twin Peaks approach to performance, diversity and delivery – which means underpinning the melody lines are narratives aiming to disturb. Treated vocals (altering the firmness of Hana Lamari’s voice to an archetypal horror-movie male) add extra tension and oddness, but underneath it all is a cohesiveness that works really well. Bye, bye, Girlfriend, for however long it takes to get you back. It isn’t you, it’s me, right?

The theory going around regarding border town bands – from which geographical location Just Mustard is one, as they’re from Dundalk, Co Louth – is that there’s something quite different about them. There is logic in this – whatever about The Corrs, Dundalk has also given us Jinx Lennon and David Keenan, two songwriters/performers that are distinctive, if not unique. To these two performers we gladly add Just Mustard, a five-piece that submit ragged-edged motorik rhythms and apply them to songs that are occasionally so rumbling and bass-heavy they threaten to make your sphincter sing I’m Forever Blowing Bubbles. Complemented by vocals (Katie Ball) that make Yoko Ono sound like Lisa Hannigan, there is added dissonance in the form of references to My Bloody Valentine, Suuns, and Hawkwind. This band ain’t for the faint of heart, and like their name are likely an acquired taste. Me? I loved the little scamps.

Another band from Dundalk, another band with a different outlook and a way of delivering intriguing variations on a theme. Elements that make Third Smoke come across like a good bet include a lead singer (Hugh Donnellan, lanky, slim, the owner of a haircut that has seen better barbers) who isn’t afraid of using the small venue space to the best of his ability (in other words, he’s a nutter). Interestingly, there is more interactive swapping of instruments at this gig than at any other I’ve seen over the weekend. This is either the egalitarian process in full swing or just a bunch of people that like to keep the songs on their toes. Whatever the process (we think it’s more the latter than the former), it works a treat.