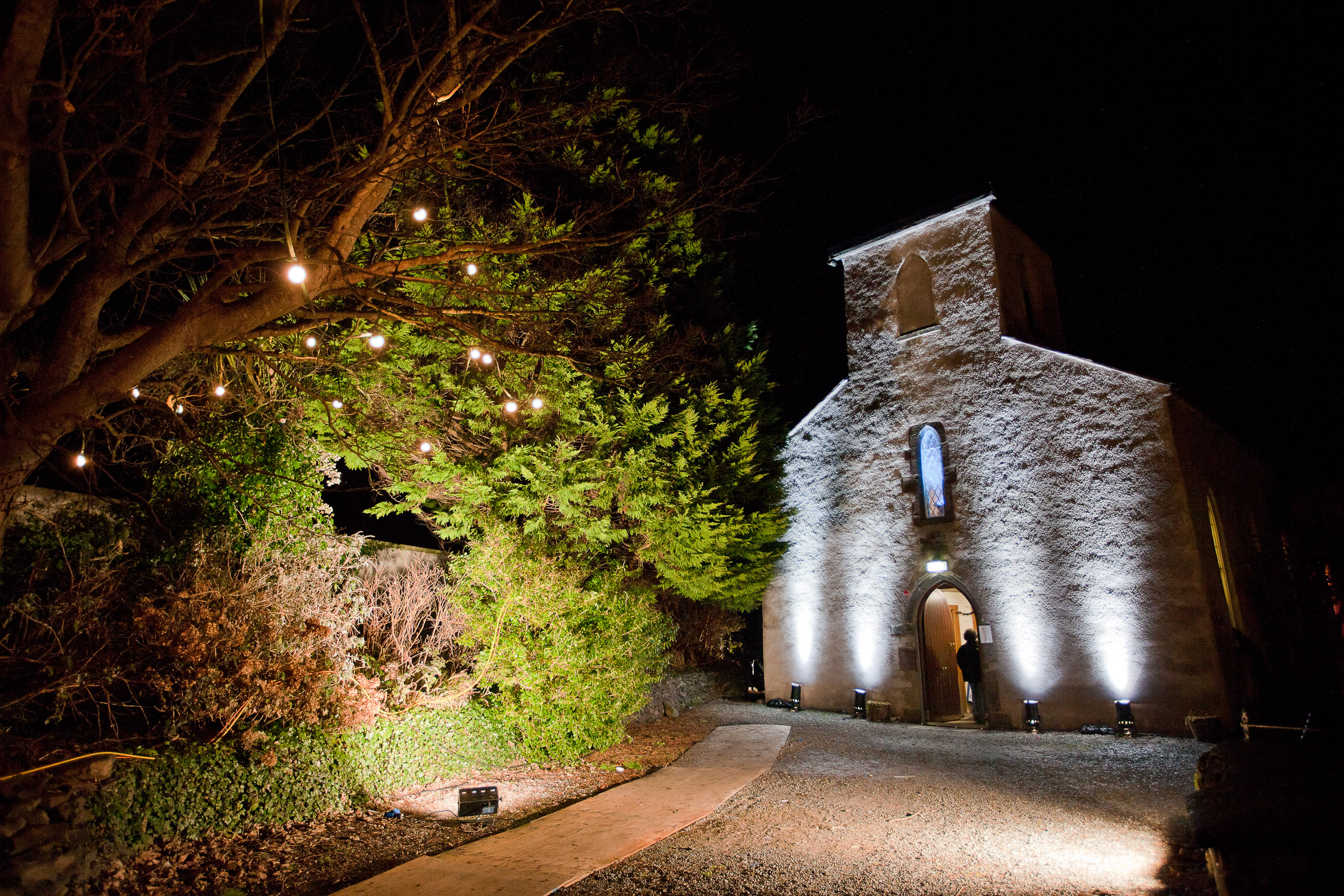 After an afternoon of relaxed pottering around the town on the music trail on a buzzy and bright Saturday, back in St James’ Church, the TV cameras and the production around it, inject a heightened sense of ceremony to the occasion.

Saturday evening’s lineup begins with two of Ireland’s best female representatives of song. Showcasing a new look, a new sound and a new doo, no voice was more of a powerhouse of strength than Imelda May from Dublin. Separating from her husband has spurred her to leave the rockabilly behind and embrace soul. With a new album produced by T-Bone Burnett, May’s voice is free to roam and my she does with a power that was only hinted at before. Perhaps her rockabilly style was hiding her true range. The new songs channelled Memphis Blues, Nashville country and Motown Soul played by an accomplished band.

May is chatty and warm and tells a story of a US Navy gospel choir coming to her home in the Liberties when she was younger to play some songs for the “underprivileged children”. May soon worked out the visitors meant her and her peers but she never felt undernourished. The gospel anecdote is a worthy one because May sings like she’s praising a renewed gift by singing her soul. But this ain't no Commitments. This soul is an authentic as an “underprivileged” singer from Dublin could be.

No stranger to the Other Voices stage, Lisa Hannigan has also been changing her style a bit. Not her voice, which remains as magnetic as ever but her songs, which came through a period of unproductivity only to emerge (with the coaxing producer Aaron Dressner) rekindled and moored once more.

At Swim, her recently released third album is a textured and masterful collection of songs that have a darker lean, a weightier tone. In the church, Hannigan is more naturally comfortable than she ever was (she demonstrates by singing a bit of a song she learned backwards for a music video) and able to deliver these with a superb band, who multi-task and play with clear respect and love of new songs like Fall, Prayer For The Dying and Ora. An a capella version of Seamus Heaney’s poem Anahorish with her two new band members lit only by bulb is more than illuminating.

By contrast, Dublin boys Girl Band delve into darker territory. Their rock music disbands the sounds normally associated with the genre and replaces them with throbs, scratches, hums and buzzing. It’s an imaginative retooling of rock’n’roll delivered in bursts of energy, capped by Dara Kiely’s hard to decipher but thrillingly unique vocals - somewhere between a riddler and a shouter.

In the intimacy of the church of St James’ (with earplugs offered around by the floor manager) it was a pleasure to see Girl Band delivered as direct as possible. It was loud as it should be and as individual as few.

After five years of hearing and listening to Rejjie Snow, a rapper from Dublin who has remained largely elusive to this reviewer in real life, it took the long distance and the pull of a TV show in Dingle to bring him to our screens. Alex Anyaegbunam has been making waves in the rap world, developing his true rapping voice, his craft and his songs. He has been working beyond the boundaries of his hometown, collaborating with artists of all stripes international, from Rae Morris to Kaytranada to King Krule. His set in the church just requires two turntables and a mic with one hype man running the tracks. Rejjie has developed a fine stage presence and a commanding style. His best songs match a danceable beat, a hook and a clarity of words as heard on the Kaytranada-produced Keep Ya Head Up and Blkkst Skin. There’s more to come from Alex, as he makes his wider mark on the world’s rap scenes.