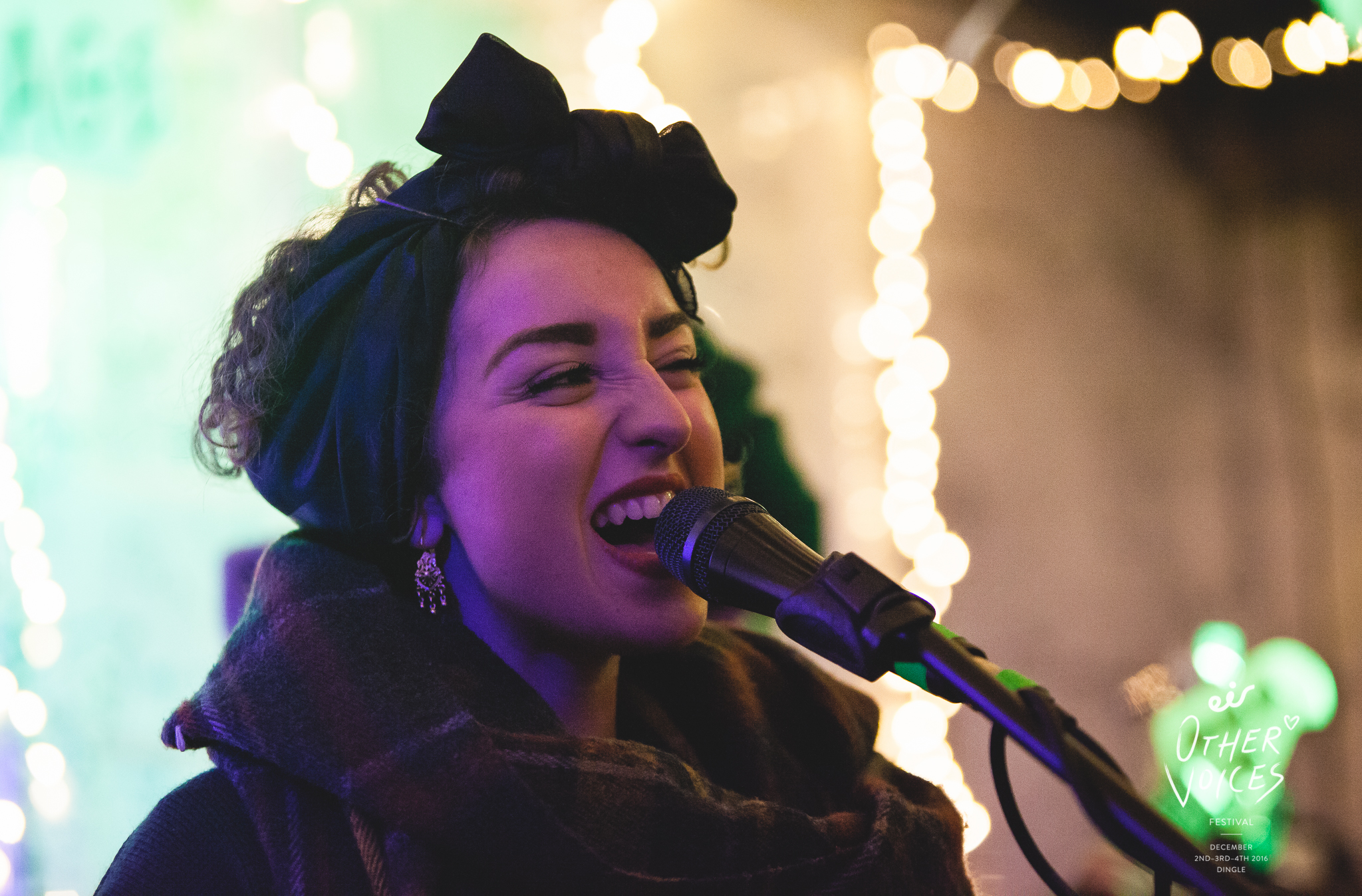 Day 1: The Music Trail in association with Heineken

Other Voices 15 Music Trail kicked off with Farah Elle in an outdoor venue so cold that all of the band members kept their coats on. Thankfully – and fairly quickly – a suitable degree of warmth was provided by Elle's Eastern-tinged, piano-driven songs and a voice that caused quite a few people to stop what they were doing (talking, drinking) and pay full attention. Blending creamy soul with flourishes of funk and lots of rhythmic punch - not forgetting a singer with a personality as impressive as her voice - this was a fine start.

Take a hint of the Strokes, a whisper of The Ramones, the glare of Television and the way Sultans Of Ping might sneer at you, and you have the measure of this very good band. With a lead singer that is as thin as a rake (and, mother of God, he’s wearing a cut-off t-shirt on a night that's as crisp as a newly pressed €100 note) and who clearly has studied the source material, The Fontaines make a case for the reinstatement of punk rock as the official musical language of everyone under the age of 25. Can this be arranged, please?

The first of several Surprise Gigs on this year’s Music Trail witnessed Saint Sister haul their harps into this beautiful, apt venue. We recall seeing Morgan MacIntyre and Gemma Doherty last year in the IMRO room, and speculating as to how they would develop what was already an intriguing mix of alt.folk and a spacious kind of pop music we hadn't really encountered before. Taking cues, perhaps, from musicians that have no problem experimenting with shape and form, and then placing the results in a truly special setting, Saint Sister has surpassed all expectations. Songs such as Madrid, Castles and latest single, Tin Man, would be in danger of floating away if it were not tethered to sensibilities that favour structure above and beyond anything else. Beautiful, really beautiful.

Slow, sad songs might be the default setting for many singer-songwriters, but not this guy. In other words, there is very little about Daoiri Farrell that is predictable. Yes, he has been around for some years (his audience-participation song, Boozing, Bloody Well Boozing, has been in his set from 2009), but he has somehow maintained enough of a low profile to keep his name a relatively unfamiliar one. Farrell's take on folk ballads is good - he doesn't fall into the usual traps of playing the tried, the tested and the overbaked. Rather, he values real tradition over formula, which is more than gratifying. Full of chat and character, Farrell is a real find, and should be searched out whenever the fancy takes you.

Dublin’s Barq isn’t necessarily the new-kid-on-the-block band, but that doesn’t mean to say we can’t shout out from the rooftops how damned good they sound. At this venue (and what a terrific venue this is, by the way) last night, they rattled the rafters and the rooftops (quite literally) with a funk/soul vibe that highlighted not only nifty intersecting lines in rock, soul and hip-hop, but also in lead singer Jess Kav an assured vocalist of power, fury and tenderness.