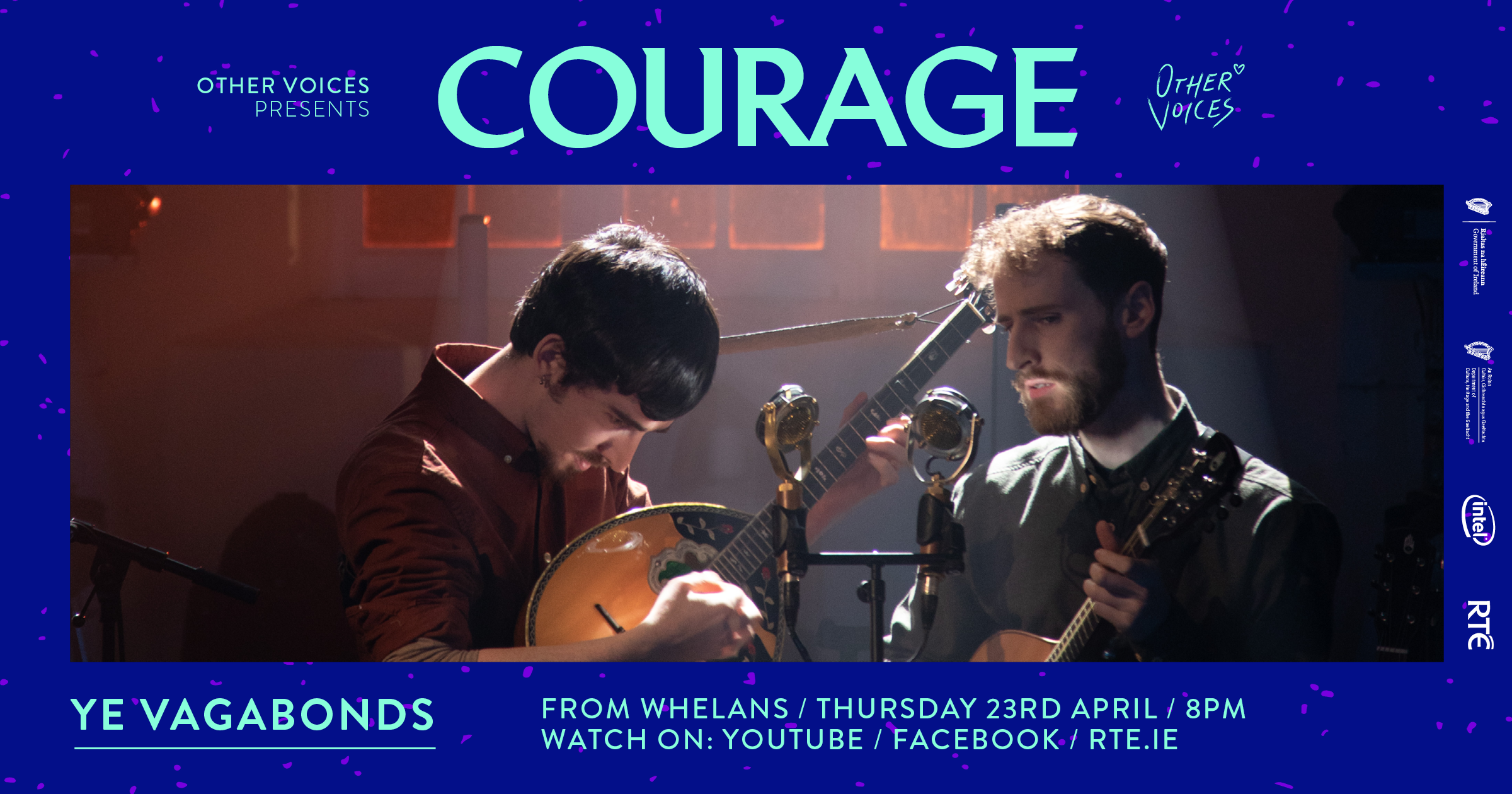 Other Voices is delighted to present ‘Courage’, a new project that delivers uplifting, inspiring performances from brilliant artists to the public during the COVID-19 crisis. Courage will beam these performances directly into homes across the nation, from a number of iconic cultural locations. Our goal is to provide essential cultural output during this period. Music collapses distance in this time of isolation, it gives us courage, consolation and brings us together. Performances will take place on Tuesday and Thursday nights and will be made available worldwide, free of charge, thanks to the support of the Department of Culture, Heritage and the Gaeltacht, Intel and RTÉ. Courage will also be shown on RTÉ 2 from the 7th of May every Thursday at 23:30.

Speaking today, Minister Madigan said: “We know culture plays a hugely positive role in our collective wellbeing. The performances that will take place during the Courage programme are sure to raise plenty of spirits and can be enjoyed as people stay at home. It is in addition to the supports that the Government is already providing to artists and those working in the arts and cultural sectors.”

Tune in on Thursday at 8PM via Other Voices’ YouTube + Facebook Live and RTÉ.ie to watch the show. Music for the head and the heart.

Brothers Brían and Diarmuid Mac Gloinn grew up playing music together around their hometown of Carlow. After moving to Dublin in 2012, they quickly became a staple of the live music and session scene in Ireland, playing their own original songs as well as folk songs from Ireland, Scotland, England and America. In October 2017 they launched their debut, self-titled album to great acclaim. “Ye Vagabonds” comprises of harmony rich folk music, influenced by Irish traditional music, Appalachian singing, and the 1960’s folk revival. It includes ten mellow tracks weaved with thoughtful lyrics, thickly layered with strings and droning harmonium. Their second album ‘The Hare’s Lament’ was released on 22nd March 2019 to huge critical acclaim. In 2019 they won the BBC Radio Two Folk Award for Best Traditional Track, and they swept the boards at the RTÉ Radio One Folk Awards where they won Best Traditional Track, Best Group, and Best Album.

Safety is our top priority. In order to comply with the protection of public health, our project has been designed to minimise travel, contact and proximity for performers and crew. We are using the same protocols as film and television crews who continue to work and provide essential public service during this pandemic. This means using rigorous procedures and processes that comply fully with the Irish Government's regulations and restrictions.

Courage has been curated by the team who produce Other Voices and is funded by the Department of Culture, Heritage and the Gaeltacht and by Intel. We are grateful to the artists and crews who have agreed to participate in the project at this critical time for Ireland.

Over the next four weeks, we will film nine new performances by solo artists or duets, and will present two of these per week. The new performances will be filmed in strictly controlled locations including Whelan's and The National Gallery of Ireland.

This project is made possible with the support of the Government of Ireland, the Department of Culture, Heritage and the Gaeltacht, Intel and RTÉ.