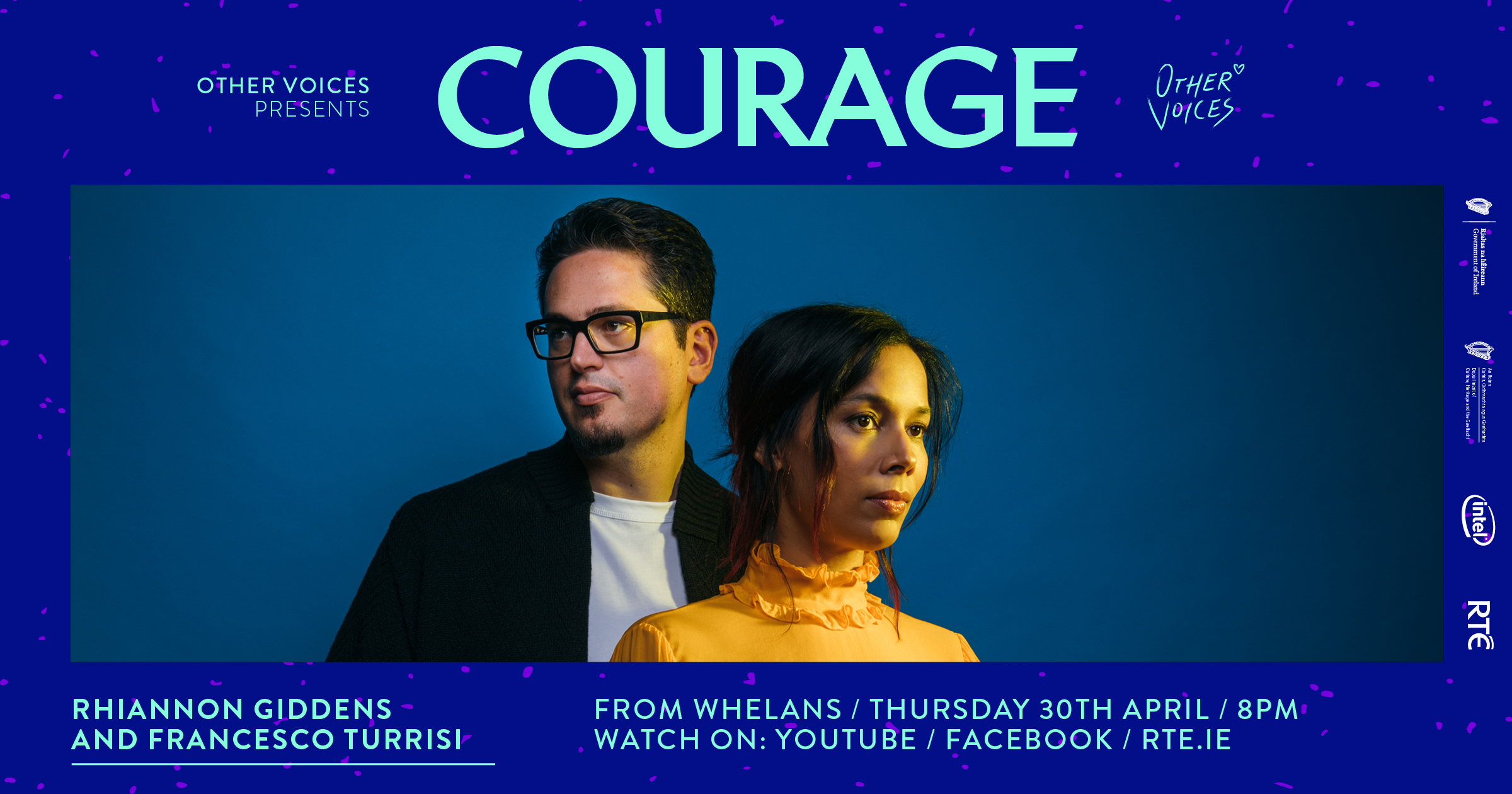 Following on from the fantastic global response to the first two ‘Courage’ live streams with Ye Vagabonds last week and Sorcha Richardson and Caoimhín Ó’Raghallaigh on Tuesday, we will continue tomorrow with the Grammy Nominated folk artist Rhiannon Giddens and musical partner Francesco Turrisi live from Whelan's in Dublin. You may be familiar with Rhiannon through her Jools Holland appearance or you might have seen clips of 'Eyes on the Prize' where she performed with Mavis Staples and Hozier at Newport Folk Festival over the summer. There's also her beautiful cover of 'Wayfaring Stranger' with two million views, which may have crossed your radar.

We are delighted to welcome Rhiannon and Francesco to Other Voices tomorrow night. Don't miss this very special show. We'll be live at 8PM GMT from Whelan's. Tune in via YouTube, Facebook and RTÉ Culture.

Courage will beam performances directly into homes across the nation, from a number of iconic locations. Our goal is to provide essential cultural output during this period. Music collapses distance in this time of isolation, it gives us courage, consolation and brings us together. Performances will take place on Tuesday and Thursday nights and will be made available worldwide, free of charge, thanks to the support of the Department of Culture, Heritage and the Gaeltacht, Intel and RTÉ.