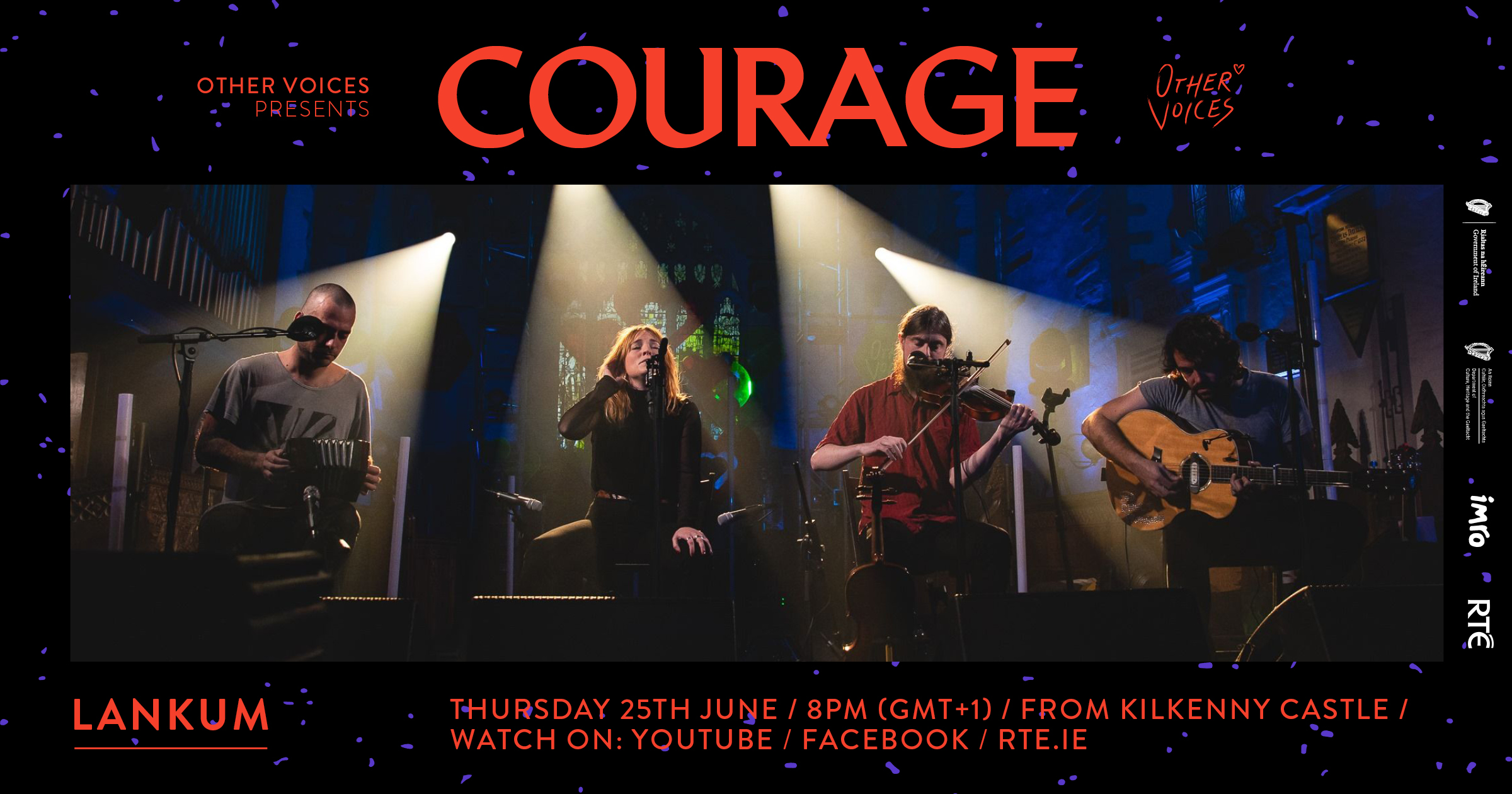 LANKUM have an alchemical ability to combine traditional folk roots with contemporary undercurrents to forge music that is dark, mysterious and transcendental.

We are delighted to announce that LANKUM will play for you, live from Kilkenny Castle on Thursday night at 8PM.

Their third full length album The Livelong Day, which was released on Rough Trade Records at the end of 2019, won the band the coveted RTÉ Choice Prize in 2020. The album blends alternative folk and psychedelia to cement their reputation as one of the most talked about groups to emerge from Ireland in decades.

Born of years criss-crossing Dublin's folk and experimental scenes, their previous two albums Cold Old Fire and Rough Trade debut Between The Earth and Sky (2017) breathed new life into ancient/modern rituals with urban punk fervour, rural psycho-geography and, underpinning it all, the eternal drone of the uilleann pipes.