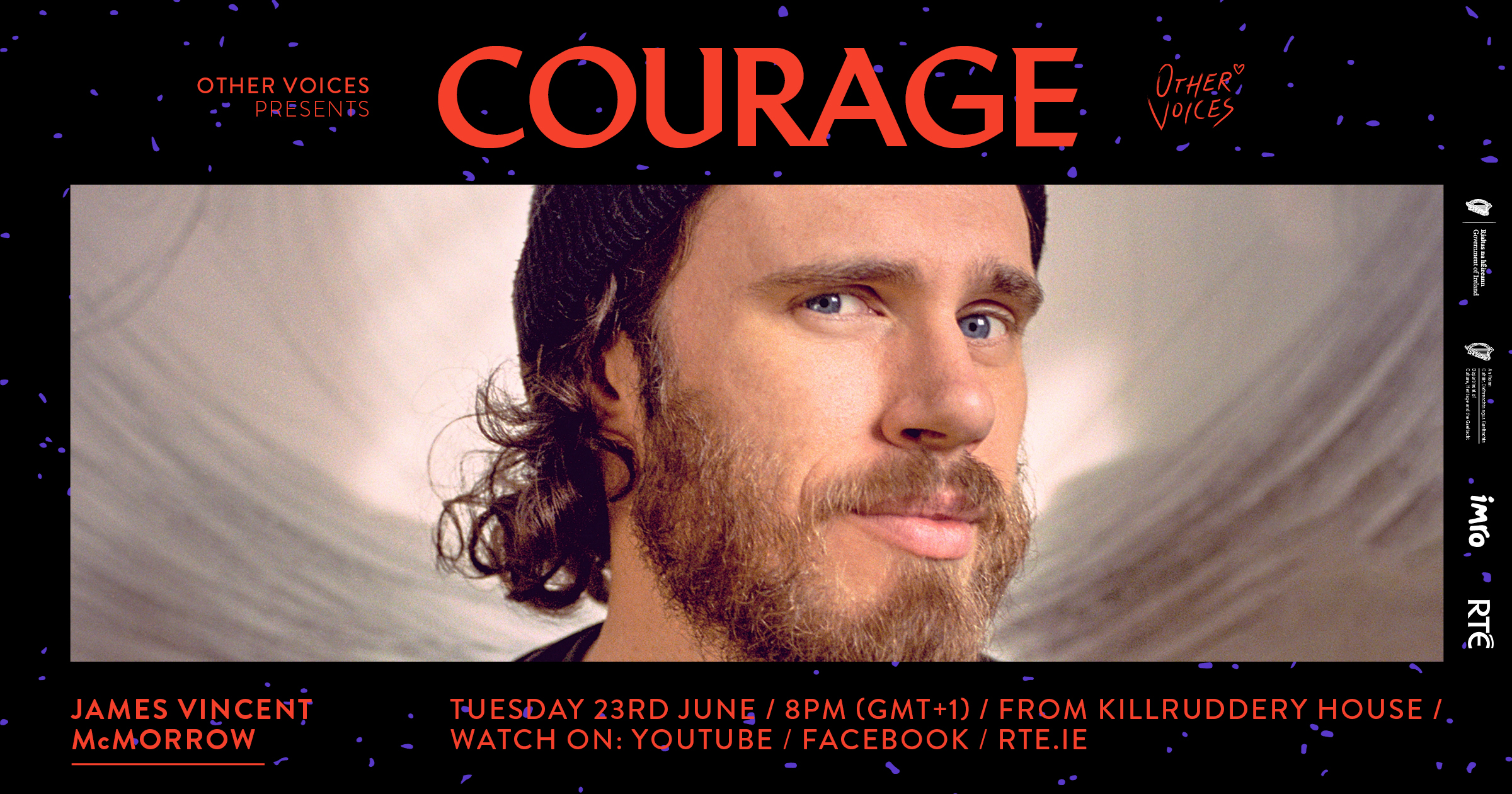 Courage returns on Tuesday 23rd of June at 8PM

Other Voices is thrilled to announce that after the overwhelmingly positive response to ‘Courage’ worldwide - over 1.15 million views total - it will return with a brand new series on the 23rd of June. Series two of the live streamed concerts will feature an all star lineup of artists performing in a selection of iconic cultural and heritage locations around the country.

The first episode of the second series will feature performances from acclaimed alternative folk musician James Vincent McMorrow, who is just about to release his fifth album and choice prize nominated singer songwriter Maija Sofia. They will be joining us from the beautiful location of Killruddery House and Gardens in Bray, Co. Wicklow.