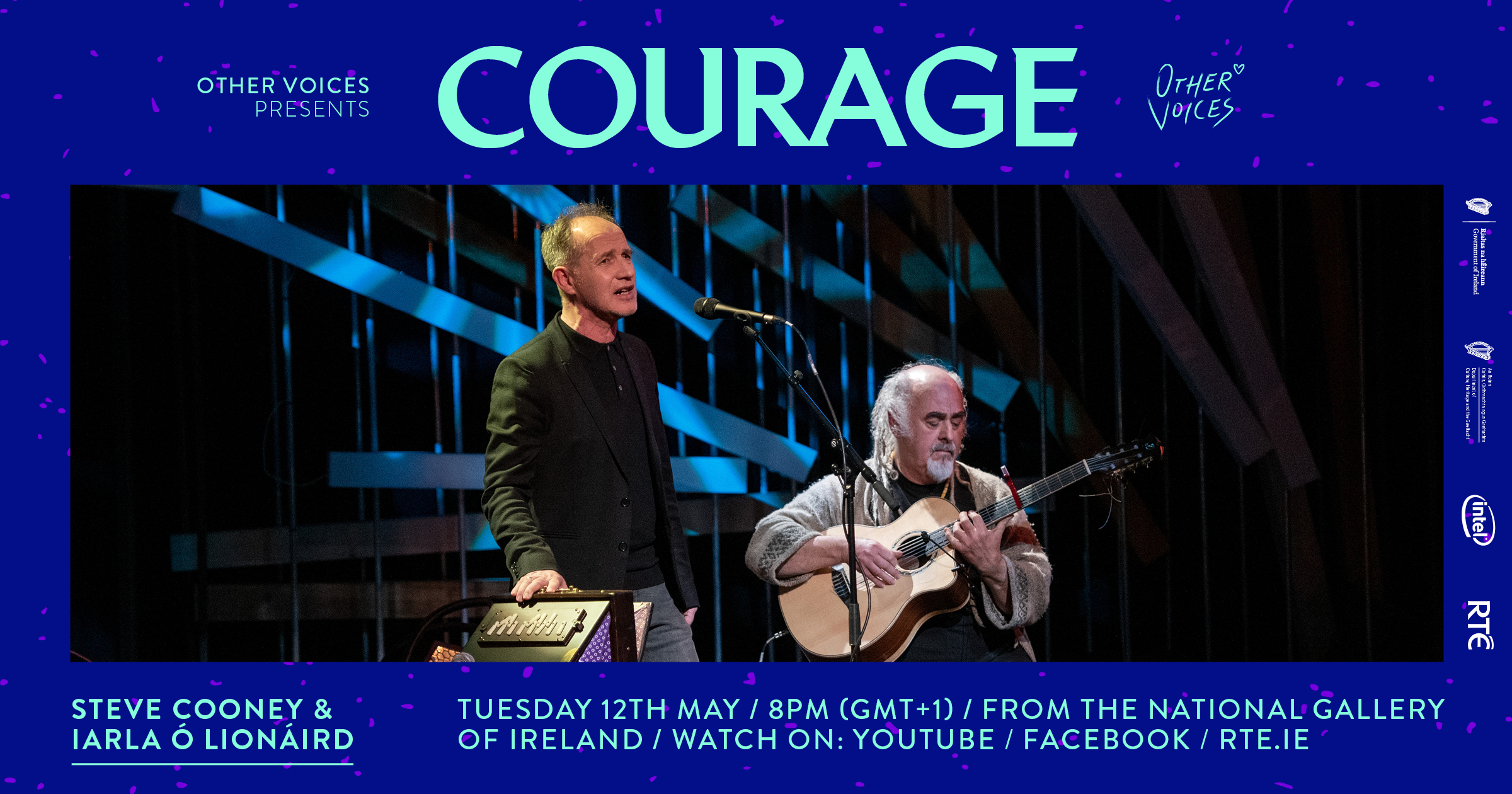 Live from The National Gallery of Ireland

Other Voices ‘Courage’ has garnered a fantastic global response since it began on the 23rd of April, with half a million viewers tuning in worldwide to date. Joining us from the National Gallery of Ireland this Tuesday are Sean Nós singer Iarla Ó Lionáird and virtuoso guitarist Steve Cooney whose partnership has produced stunning contemporary versions of traditional Irish songs.

Both accomplished musicians individually - Iarla has a been a member of highly successful groups such as Gloaming and The Crash Ensemble and Steve has performed and recorded music with many esteemed musicians such as Sharon Shannon and Martin Hayes and his recently released album Ceol Arsa Clairsi has been called the most important album of Irish music of the last decade. The music they make together is beautifully unique, melding old and new styles of traditional music to create something that is all their own.

To date, ‘Courage’ live streams have featured performances from Ye Vagabonds, Sorcha Richardson, Caoimhín Ó’Raghallaigh, Rhiannon Giddens, Francesco Turrisi and Lisa Hannigan. The project has gone from strength to strength, with over 500,000 tuning in worldwide to date.