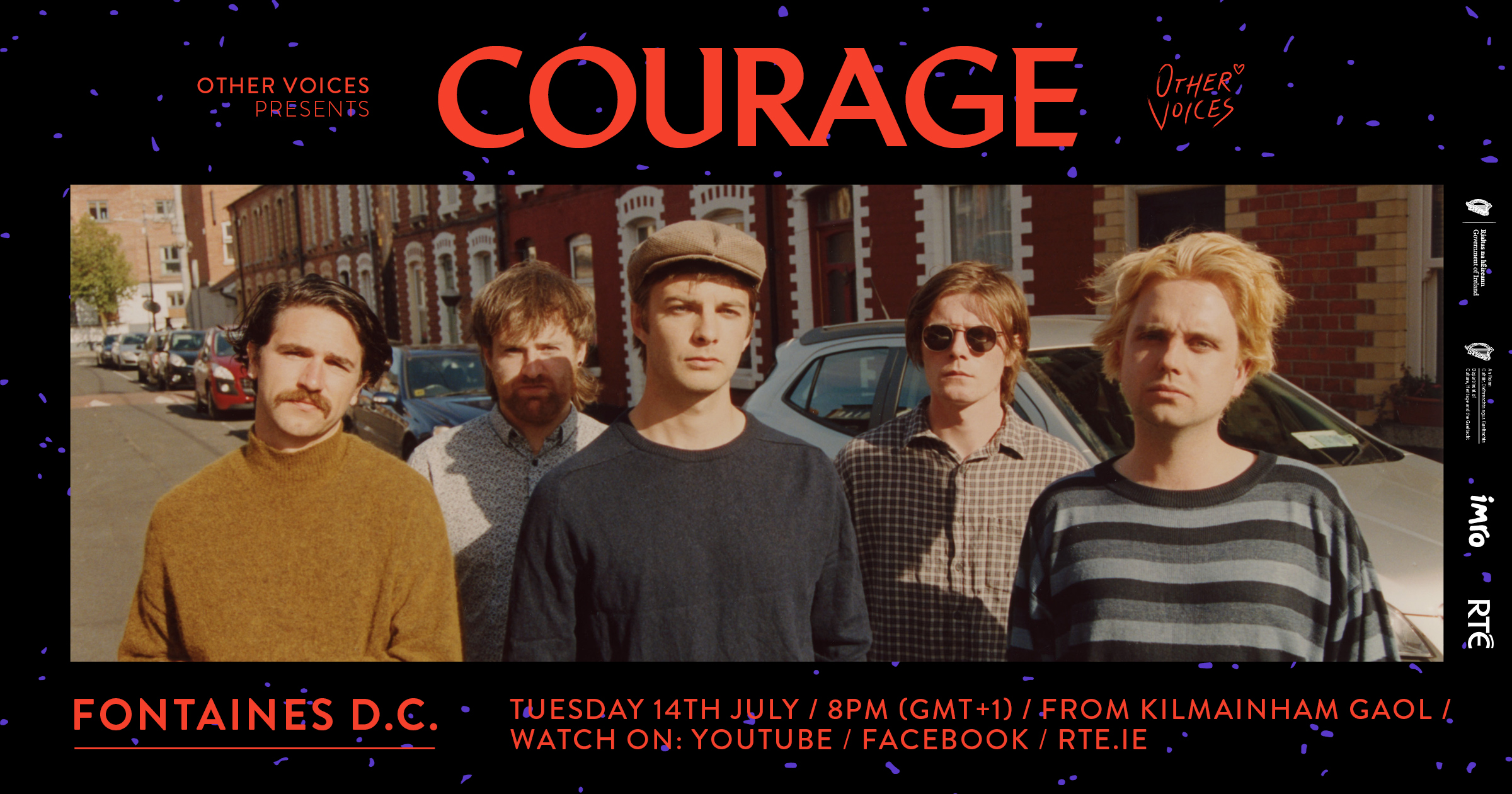 Live from Kilmainham Gaol on Tuesday 14th of July

We are thrilled to announce that next Tuesday the 14th of July, revered five piece Fontaines D.C. will be playing for us in ​Kilmainham Gaol​, ahead of the release of their highly anticipated second album.

Fontaines D.C. ​are one of the most lauded alternative rock bands to emerge from Ireland in recent years. They released their critically acclaimed debut album ​Dogrel in 2019 which went on to be nominated for the Mercury Prize and the Choice Music Prize. They toured extensively worldwide last year selling out shows in iconic venues

such as the Brixton Academy and playing renowned festivals such as Glastonbury Festival. They also performed on the hugely popular American talk show, the Jimmy Fallon Show. Their follow up to ​'Dogrel', 'A Hero’s Death'​ will be released on July 31st.