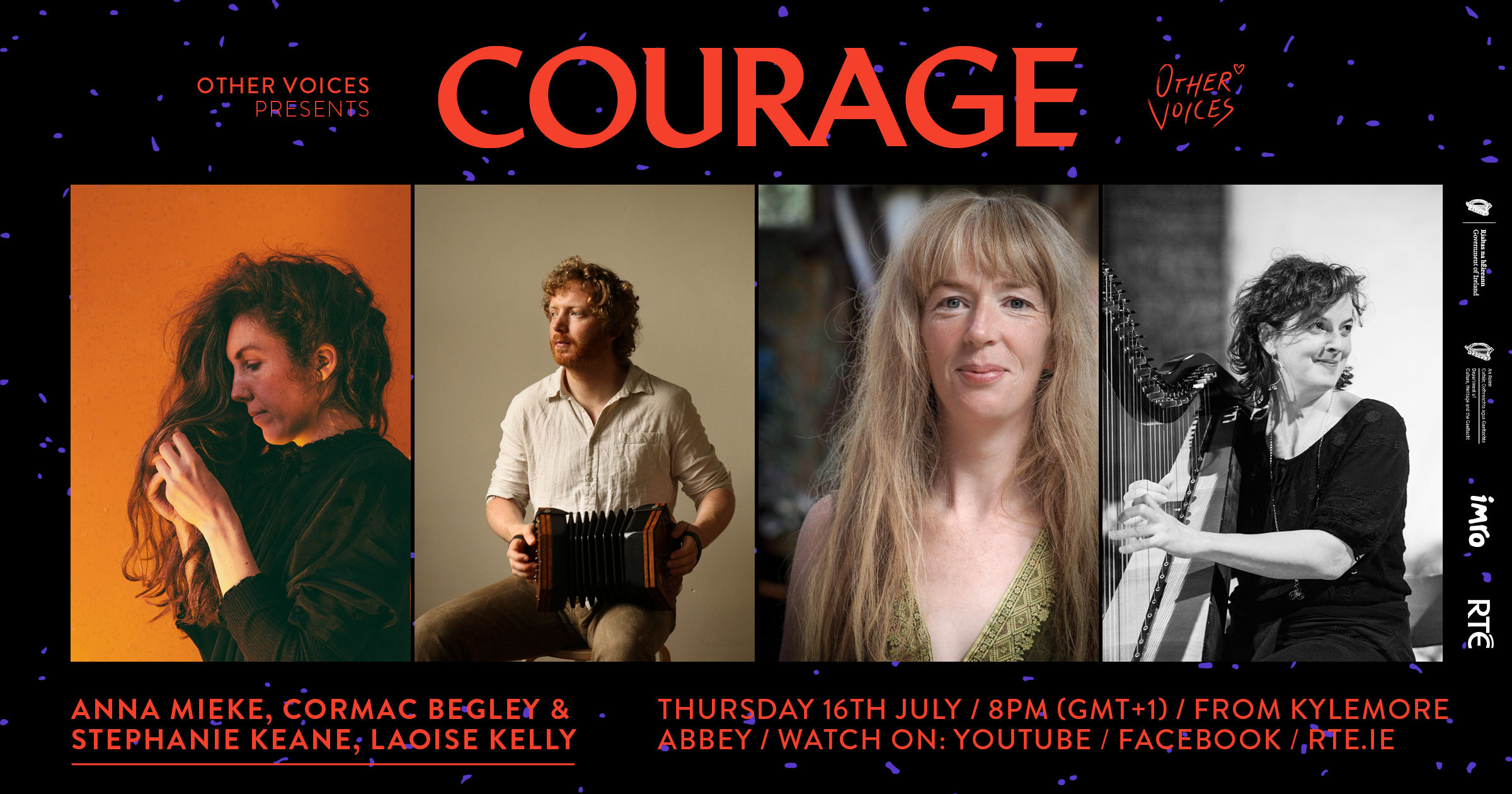 Esteemed concertina player Cormac Begley comes from a traditional music dynasty, he has played across the globe and is involved in musical projects with other lauded musicians, along with Irish traditional step dancer Stephanie Keane he will play for us in Kylemore Abbey in Connemara on the 16th of July. Also joining us in Kylemore Abbey are world renowned harpist Loaise Kelly, who was named TG4 Gradam Ceoil’s Musician of the Year in 2020 and singer-songwriter Anna Mieke whose critically acclaimed debut album ‘Idle Mind’ came out in 2019, Viewers will recognise her music from the Normal People soundtrack and the last series of Other Voices where she performed in the IMRO Ireland Other Room.

This performance will take place on Thursday night and will be made available worldwide, free of charge, thanks to the support of the Department of Culture, Heritage and the Gaeltacht, RTÉ and IMRO. Courage series two is currently being shown on RTÉ 2 Thursday at 22:30.