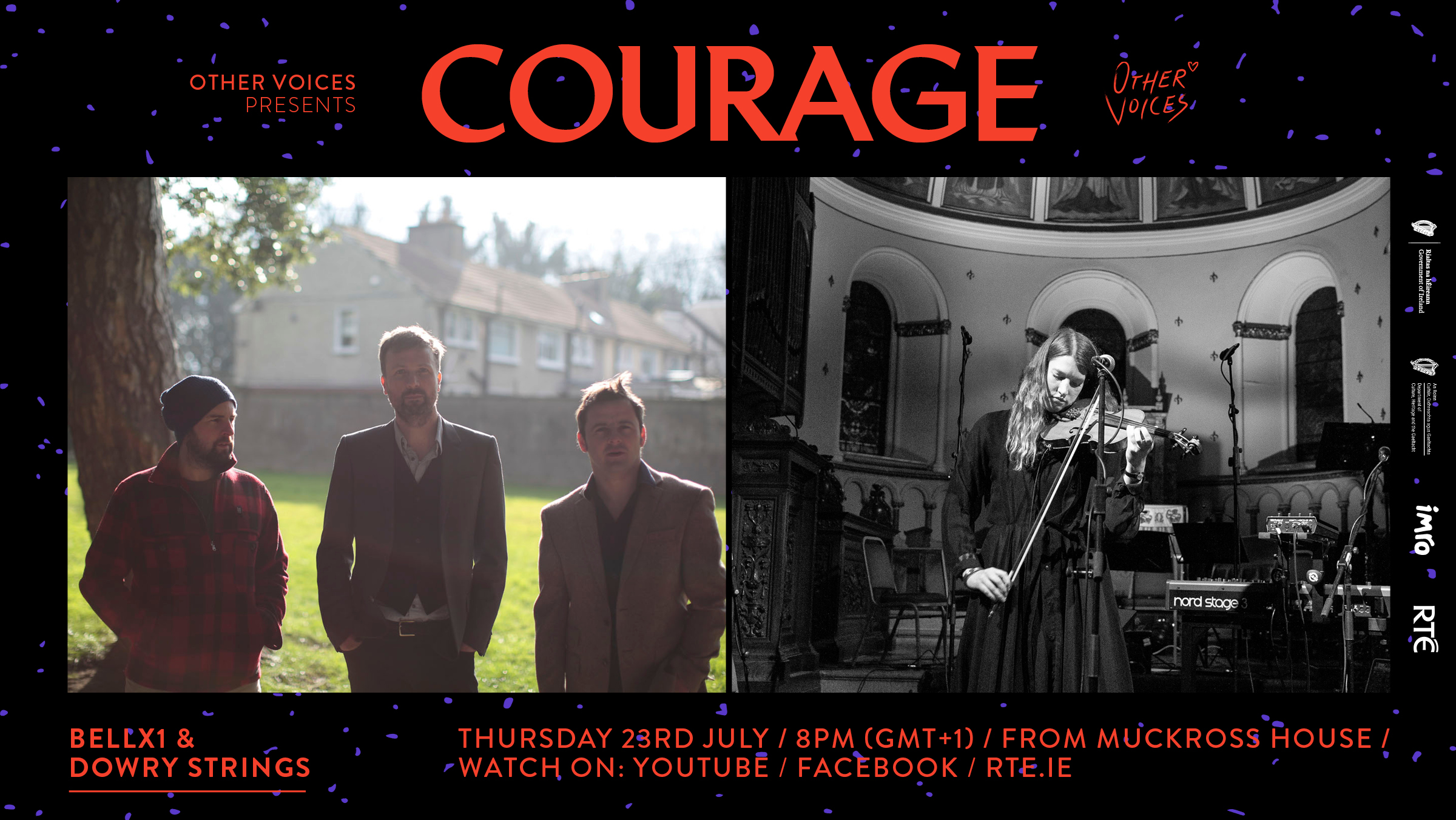 Bell X1 have gone from strength to strength since they formed in the late nineties and are now one of the Ireland's best known and most loved indie bands, with nine albums under their belts they’ve grown and innovated as time has gone on but have never lost the playful and unique lyricism and arrangement style that defines their sound.

Following three sold out nights in Vicar Street, Bell X1 and Dowry Strings were due to go on tour in May/June 2020 (rescheduled for 2021). Fans who had been looking forward to seeing them in Ireland this summer will be happy to hear their Courage performance will be made available on YouTube, Facebook and RTE Culture free of charge, thanks to the support of the Department of Culture, Heritage and the Gaeltacht, IMRO Ireland and RTE.