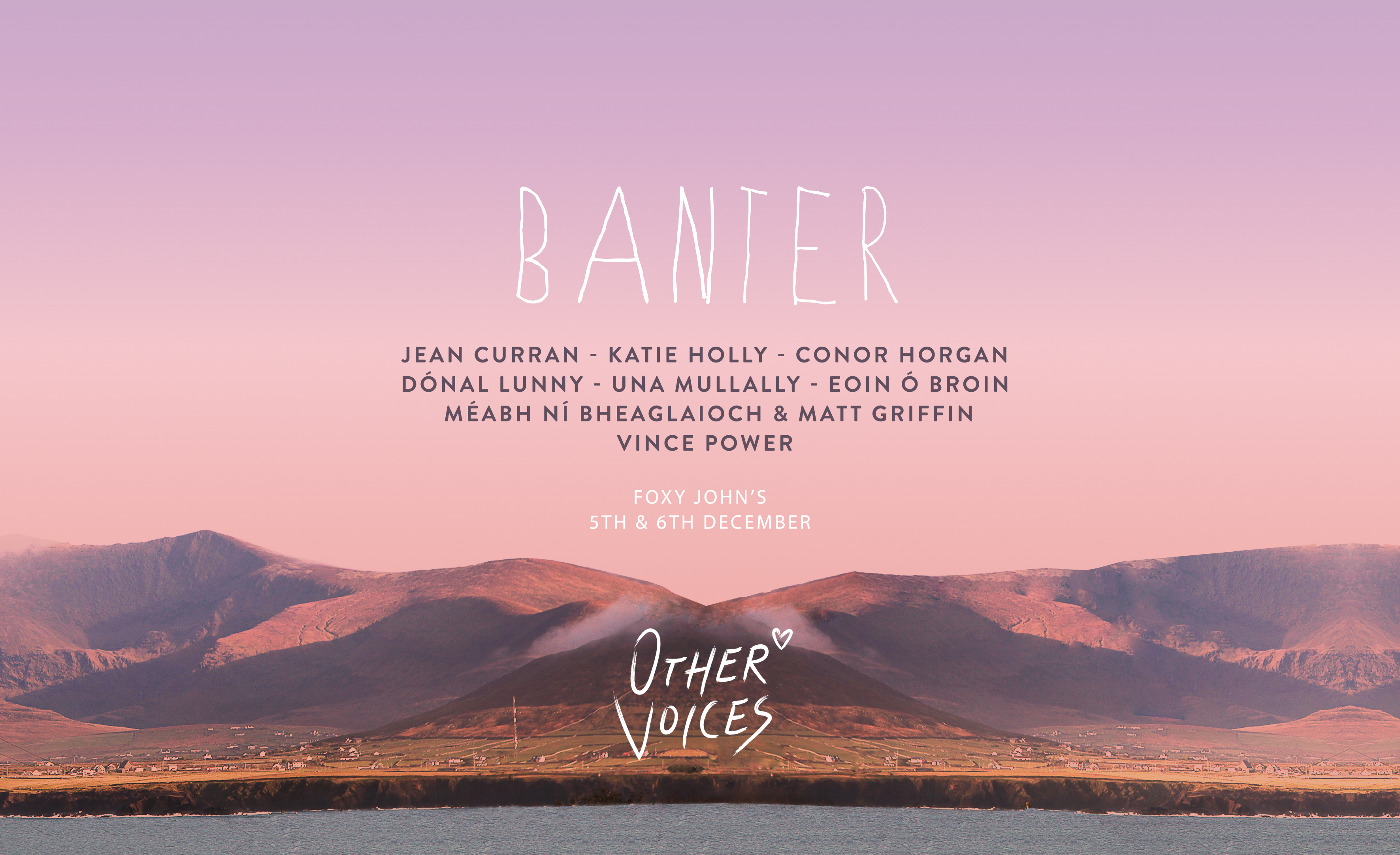 Jim Carroll's Banter sessions at Other Voices have become a firm favourite amongst festival regulars. Those with a penchant for cultural discussions flock to the cosy confines of Foxy John's to listen to tales of adventure, success, challenges and everything in between.

Bantercast 73 Other Voices: Arts Review of 2015

Jim is joined by Nadine O’Regan from the Sunday Business Post and TXFM to review the year in the arts. From Adele and Anne Enright to Waking the Feminists and what’s in store in Twenty Sixteen, it’s all here with plenty of diversions, musings and a few suitable quips.

Una Mullally joins Jim Carroll by the fire in Foxy John’s for a lengthy conversation about her work as a journalist and activist, covering everything from her early days as a freelance music writer and time at The Sunday Tribune to her current position at The Irish Times and her role in 2015’s marriage referendum. A great, meaty, fierce, funny and often emotional podcast.

In this podcast, Jim Carroll is joined by a bona-fide musical legend. Since the late 1960s, Dónal Lunny has played a pivotal role in the development and evolution of Irish music with Planxty, The Bothy Band, Moving Hearts, Mozaik, LAPD and dozens, probably hundreds, of other collaborations, projects, releases and tours. He continues to be as prolific today as he ever was, both as a solo artist and with groups like Usher’s Island. We were honoured that he joined us at Other Voices in Dingle for a conversation about his life and work, a Banter illuminated and illustrated by some tunes along the way, including a couple with Other Voices big kahoona Philip King.

We think that Eoin O Broin is a name you’ll be hearing a lot about in 2016. Currently a Sinn Féin councillor on South Dublin County Council, Eoin is also a key party strategist and a candidate for Dublin Mid-West in the forthcoming general election. Eoin joined us to talk at length about the rise of Sinn Féin as a political force, the party’s strengths and weaknesses, the Irish left’s political fortunes, the changing nature of Irish activism, Sinn Féin’s policies, his insights on what will come next for the party, the IRA Army Council and Gerry Adams’ tweets.

In the final Banter podcast from Dingle 2015, Jim speaks to Conor Horgan and Katie Holly, the team behind The Queen of Ireland. This documentary film focuses on Rory O’Neill, better known as Panti Bliss, and was made in the lead-up to the referendum on marriage equality. Director Conor and producer Katie talk about the motivation and process behind the critically acclaimed film, as well as their own careers and upcoming projects. We think we even got a promise from Katie to bring Grace Jones to Dingle in 2016 so we might hold her to that one.