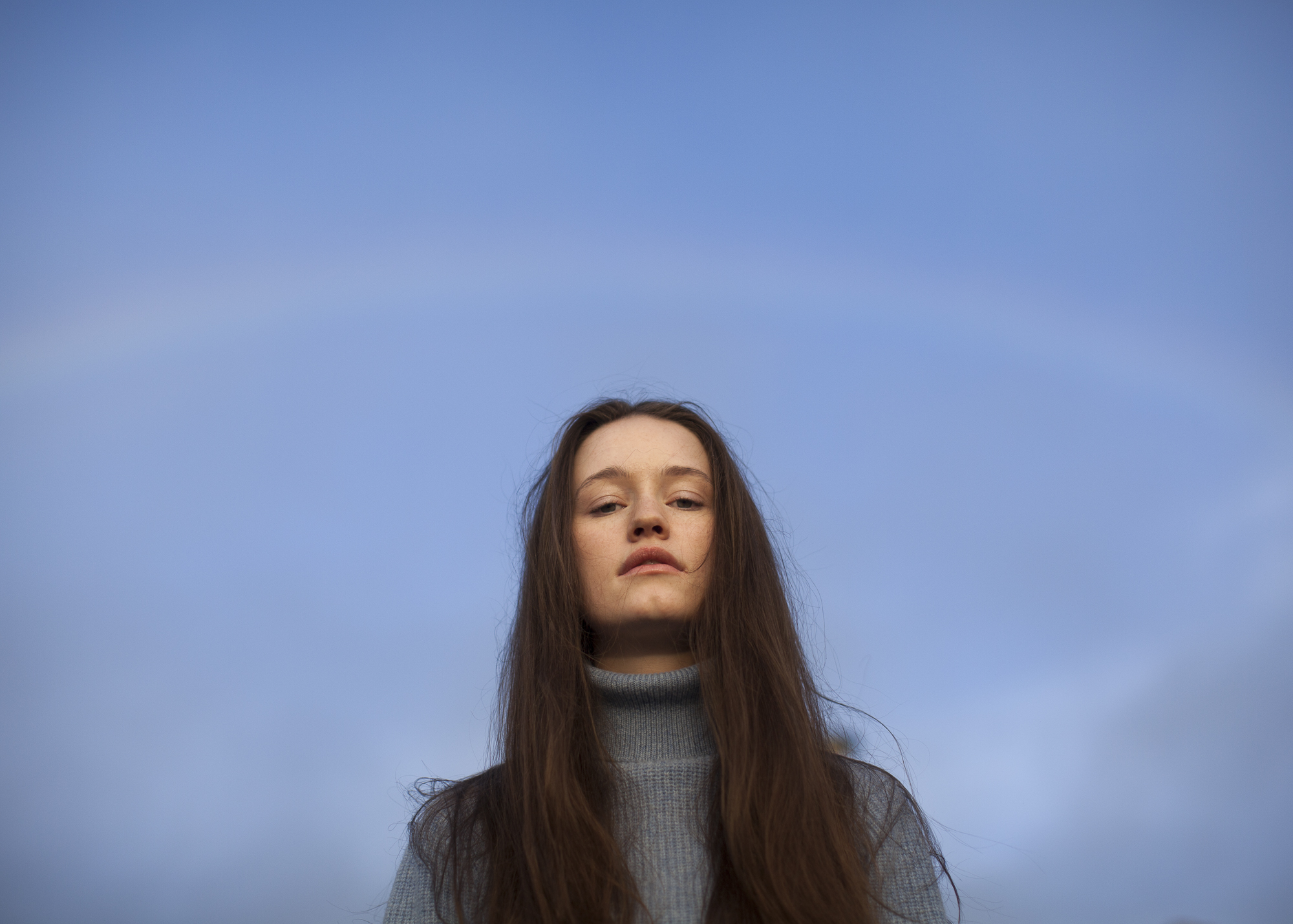 Annie Mac in conversation with Sigrid

Annie Mac spoke to pure pop brilliance Sigrid ahead of her Other Voices performance in Dingle.

Annie Mac: Sigrid, welcome to Other Voices. It’s really good to have you here.

Sigrid: Thank you for having me.

A: You’ve had such an incredible 2017 with ‘Don’t Kill My Vibe’ coming out. I remember hearing it all over the radio at that time. Looking back on 2017, how did it go for you? Is it still a blur in your head?

S: I guess I’m a bit calmer now. You get used to it, like the pace of being on tour and finding yourself being an artist and that’s weird. It’s been great, I’ve learned a lot. I will never get that year back again and it’s all about enjoying it ‘cos everything is new and it’s crazy. I love it. I’m very lucky to be doing this.

A: Can we rewind a bit to how you got to this point. What was it like growing up in Ålesund?

S: It’s a quite small village. Ålesund is five islands connected by bridges. It’s in the sea on the west coast of Norway. Rural, 50,00 inhabitants and it’s pretty small. It’s very beautiful, surrounded by mountains and sea. We get snow. It’s very Norwegian. It’s cosy, very nice. My upbringing was a very…..how do you say… a soft start on life? I’m very close to my family. I did dancing, singing and theatre. I never dreamed of being a musician. None of my friends were doing that. We don’t have a big music industry in Ålesund so yeah, I had different dreams.

A: When was the point that being a musician became a feasible thing to do in your head.

S: Probably when I wrote my first ever song ‘Sun’. ‘Sun’ is about… I applied to this international college. My brother studied at this school in Wales and my sister studied at the same school in Italy. It’s an international organisation of schools all over the world. I didn’t get in and I wrote a song about it.

A: How old where you?

A: Okay so, so full of the trauma of life? (laughs)

S: Yeah (laughs). I wrote that song and it was elected as the week’s introducing act on the Norwegian equivalent of the BBC’s Introducing, called NRK P3 Untouched.

A: You put it out online?

S: Yeah. That sparked it I think. It was the first one I ever wrote myself. I was sort of thrown into it. Labels started emailing me then. That was the first time I used my email. I couldn’t even remember my password. I had to ask my dad. I started being my own manager and that definitely sparked the idea of doing more.

A: From 16-21 you built up your confidence as a performer and songwriter?

S: I continued writing songs when I was in high school. I play piano and a bit of guitar. I played a couple of gigs but I was very interested in school. I didn’t know if I wanted to become a musician. I wanted to be a teacher or lawyer. I found it hard to combine school and music, so I took a year of music in my third year. It was really good for me and I had some time to carve out my sound.

A: What did you discover in that year about yourself as you as a songwriter?

S: I think I discovered that I had stuff to say. When I was 16 and wrote the first song I was so afraid of writing lyrics because I thought my life was so boring. Typical girl, with typical feelings that everyone in puberty has.

A: There you go. Everyone can relate, immediately. (laughs)

S: Then I figured out that actually writing things that people can relate to is kind of cool. I also found out that I can get angry about stuff. I was very shy as a kid and I still don’t like confrontation, I like to write about it instead but sometimes things upset you so much that, that’s when I started using my voice. My mom actually sent me some really embarrassing videos of me singing when I was in 8th grade and I sound so shy. I sound like I don’t know what I’m capable of what I’m doing with my voice.

A: That’s a really mature decision to focus on your craft and get good at what you do. At what point did you decide to go with the label and get the career ball rolling?

S: I signed a record deal when I was 17. I’m still with them Petroleum Records. They’re great. I’m so lucky.

A: What did you’re parents think?

S: They were super proud and helped me. I had a lawyer helping me too. I think they just want me to do what makes me happy. It was never a question of me quitting school to do music but after I finished high school and still didn’t know what to do they told me I should probably try music and I did. Just six months after I met my manager in Made Management in Bergen, where I moved and six months after that I started doing label meetings in London and signed to Island Record in the UK and in the US and Sony publishing.

A: You can feel the momentum of that now, right?

A: You seem to be super level headed with a strong support system. Your brother also seems to be looking after you too.

S: Thank you. Yeah, he’s a cool brother. When I started music he immediately took me under his wing and really wanted me to continue with it. He was the one who made me write the first ever song. He was playing a show in our hometown.

A: So you had that influence growing up too?

S: Yeah, definitely. I look up to him.

A: Yeah, I bet. When I watch you perform, you’re so enriched and in a state of joy. You can see the joy you feel when you perform and it connects so well with the audience. Do you feel like you’re still learning as a performer?

S: Yeah, definitely. I’m still learning and I don’t think you ever stop learning. I think I got the joy of music from my family. We’ve always has music at home. We always listen to music when we’re eating breakfast or dinner. My sister taught me to sing and I’ve always looked up to my siblings. Then I figured out that piano and singing is my disappearing zone. It’s so fun to be on stage with my band. They’re my best friends.

A: How are you finding having fans?

S: It’s incredible. It’s really cool because without them you’re nothing. I’m honoured to have people listening to my music.

A: Projecting forwards. Do you have a place that you want to be in the next five years or are you taking it week by week? I feel like you’re an ambitious lady who knows what she wants.

S: Yeah, I’m quite ambitious. I mean, I can talk about strategy plans and stuff but I think my overall goal is to still love music and still be writing songs when I’m 40 or 50. That’s what I want to do. I want to write songs and play them. That’s the most important thing to me.

A: That’s a nice place to end.