Bringing It All Back Home - Cork 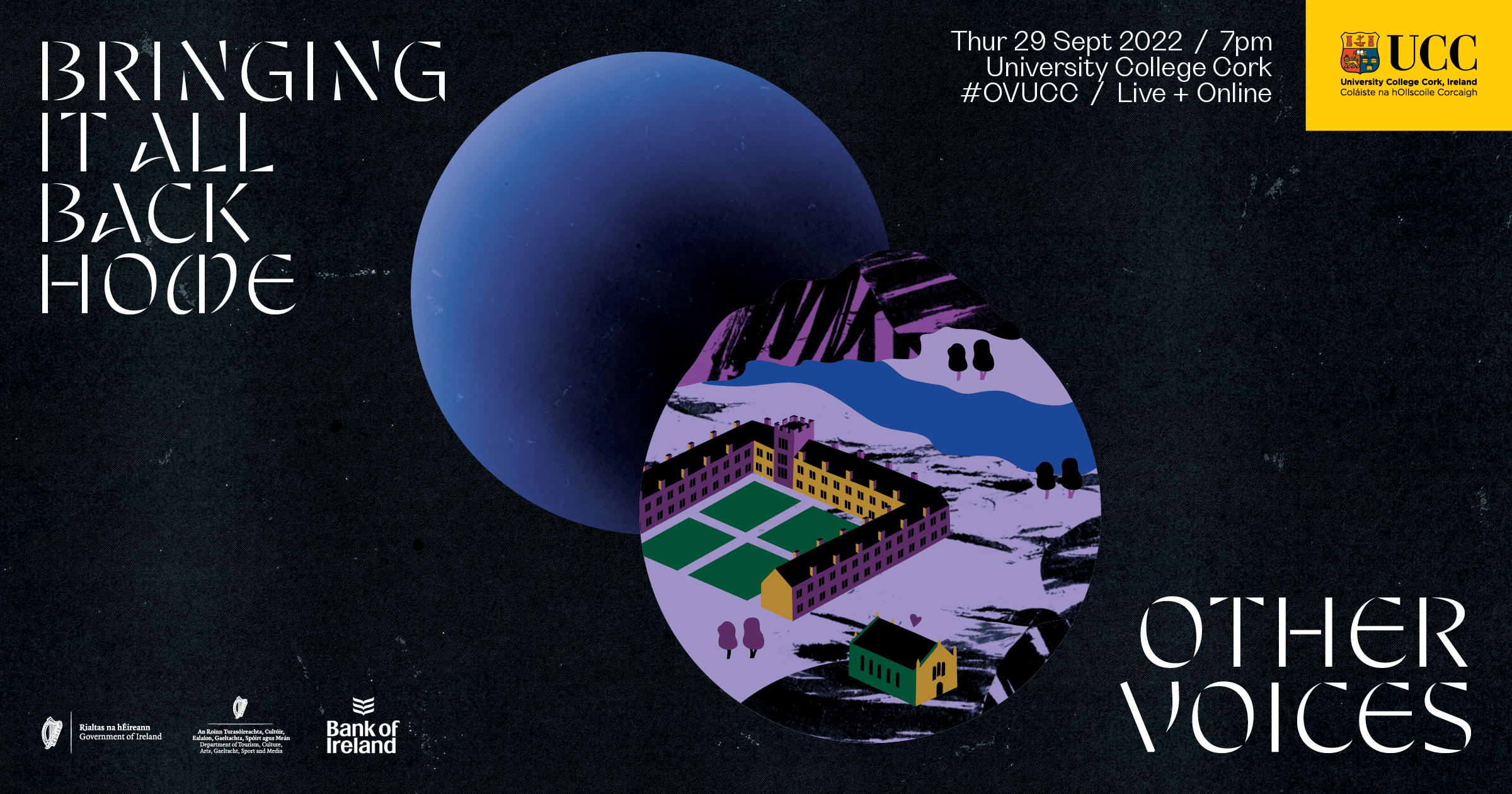 This September, together with University College Cork we're bringing it all back home to beautiful Cork with the sounds of some of our favourite Irish voices 💜

We'll be live and online with a spectacular night of music live streamed from UCC’s striking riverside location on Thursday September 29th.

Other Voices and UCC will stream Other Voices: Bringing It All Back Home live to the world from the various locations in the UCC Campus at 7pm on Thursday 29th September.  Irish and international music fans can watch the performances for free on Other Voices’ YouTube and Facebook platforms fans can set a reminder now.

In addition to the online livestream the UCC Community will be able to be a part of the event in a few ways:

Other Voices of UCC -  Streaming Party

The celebrations will commence with 'Other Voices of UCC', a free public concert in UCC's Hub. The Violet Club will headline this concert which starts at 5.30pm on 29 September.  Other acts by UCC students and staff in the line-up include Yanming Gao, a pipa performer from China, an opera performance by Grace Murphy, a rap performance by Raphael Olympio and a lively session by the UCC Traditional Society. The event is open to all on a first come first serve basis. After the concert, the Other Voices: Bringing It All Back Home main event will be live streamed on the big screen in the Hub from 7pm.

The draw for the ticket lottery is now closed.

This collaborative livestream is produced in partnership by South Wind Blows, Other Voices and UCC and made possible with the generous support of the Department of Media, Tourism, Arts, Culture, Sport and the Gaeltacht and Bank of Ireland.