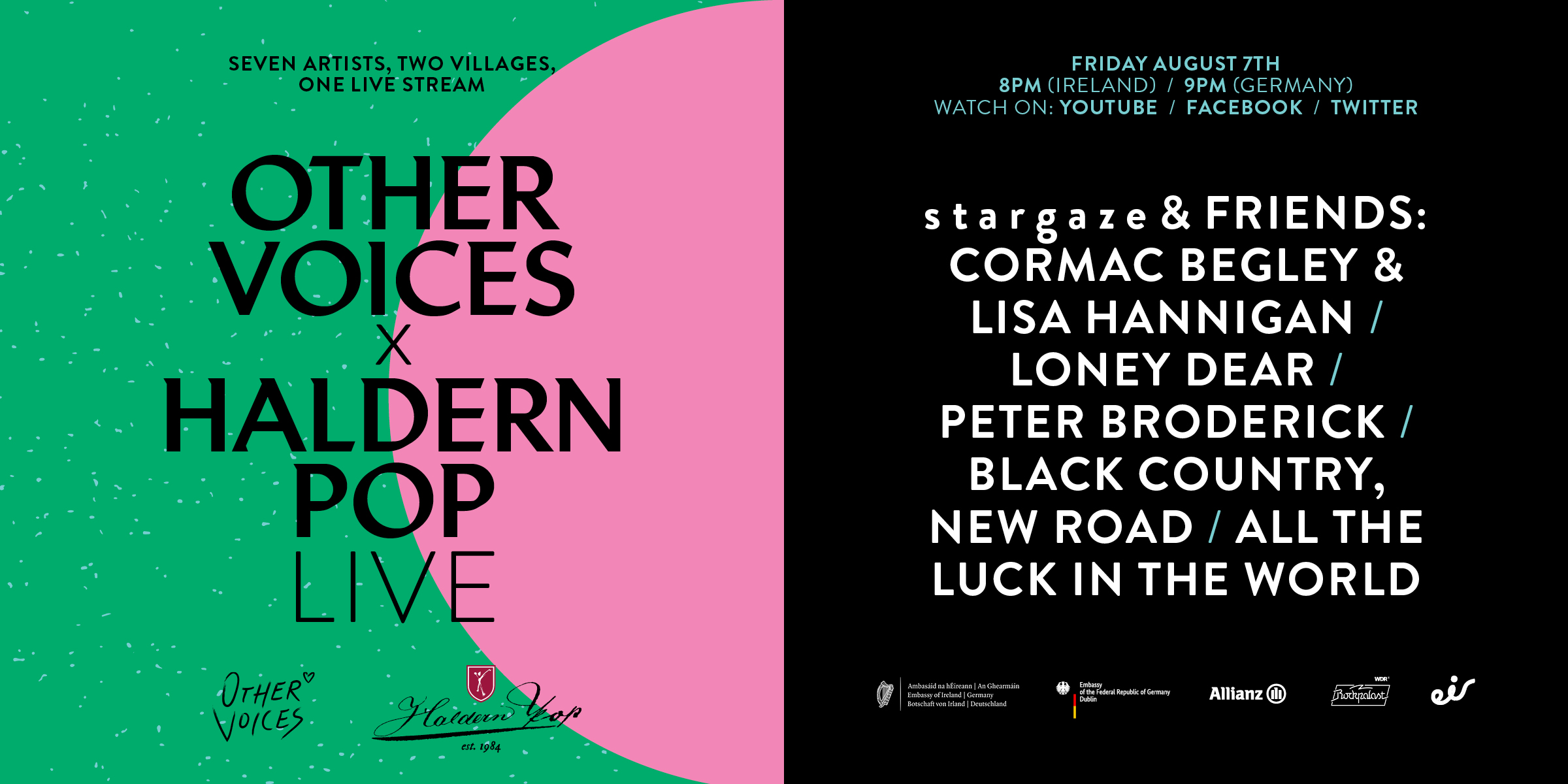 In August 2020l, Other Voices and Haldern Pop festival collaborated to produce a live 90 minute stream, of music and song connecting Dingle (the home of Other Voices) with Haldern (home of Haldern Pop Festival), west Germany, with artists performing from both locations, live.

This project will build a musical and cultural bridge from Ireland and Germany at this time of separation and isolation. It is an opportunity to connect the West of Ireland at the Edge of Europe to the heart of Europe. Two villages, speaking to each other live and in real time. The effect of this will be to collapse distance between our two countries and to engage in a musical conversation and share this conversation with the world.

The musicians who joined us from Dingle were concertina player Cormac Begley, singer songwriter Lisa Hannigan and pianist Peter Broderick. The musicians joining us from Haldern will be the instrumental collective s t a r g a z e, experimental rock band Black Country New Road, alternative folk three piece All The Luck In The World and classical jazz poet Loney Dear.

Relive some of the highlights for that magical night now