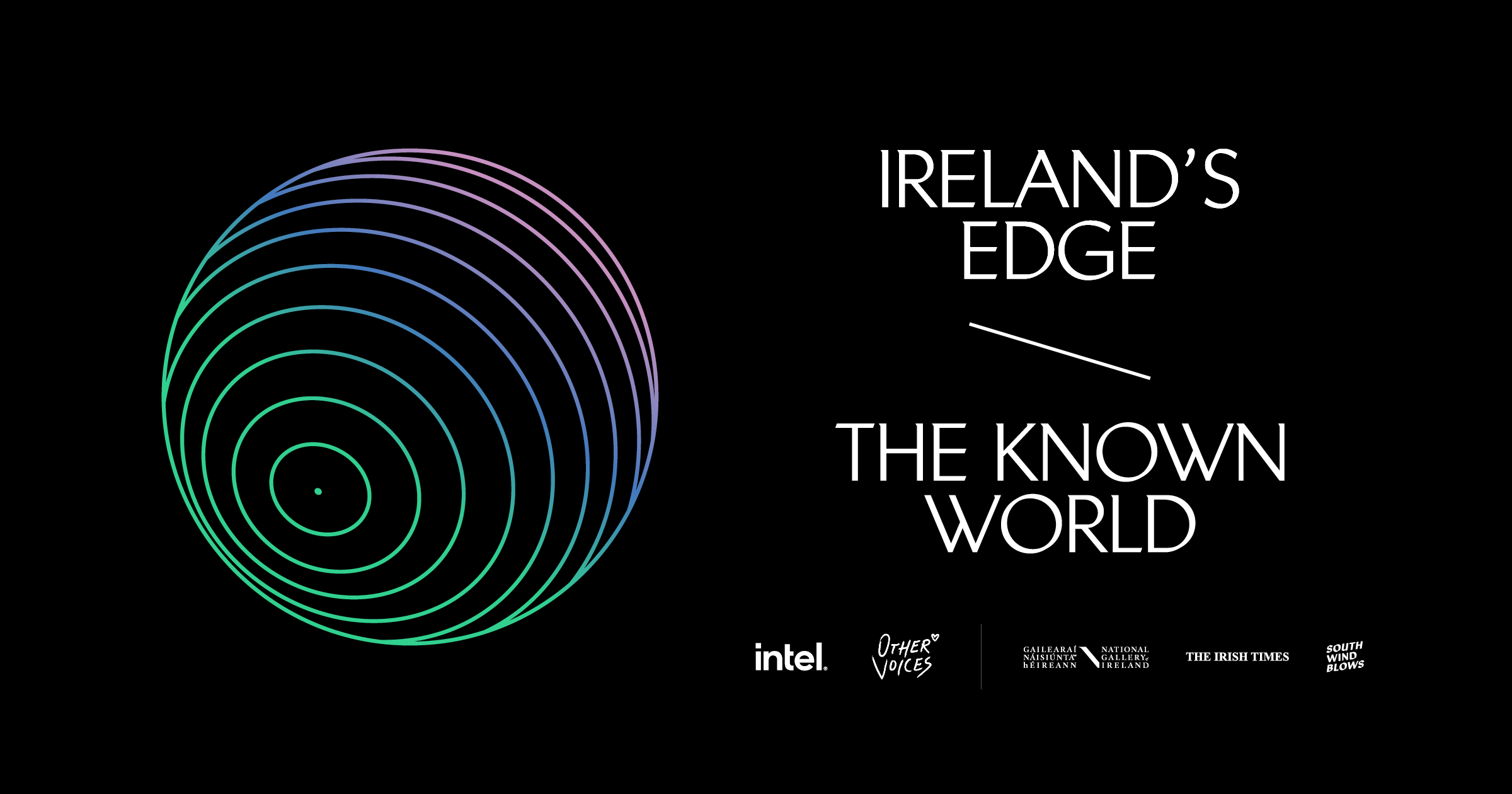 Ireland’s Edge presents The Known World - What We Know Now, an evening of discussion, ideas, stories and performance live from the iconic National Gallery of Ireland, Dublin on Tuesday 22 June at 7pm

'The Known World' is a term used by early cartographers to describe all that was then known about a region or a culture on their maps. At Ireland’s Edge, the term will frame pertinent discussions on how we know what we know, how we are informed and by whom, and how we make judgements based on what we know or believe we know. In an era of distrust, chaos and disinformation we invite some of the country's most compelling and illuminating voices to explore what we know now.

// Things look different from the edge //

This special online edition of Ireland's Edge is supported by our partner Intel Ireland + our media partner The Irish Times.

The Programme: What we know now; The who and the why?

Orla Hegary, Asst. Professor of Architecture at UCD and Prof. Aoife McLysaght, Professor of Genetics at Trinity College will join Ireland's Edge co-founder Muireann Kelliher to discuss the predominance of certain beliefs and advice at different phases in the epidemic. Some subsequently unravelled. What was due to genuinely new discovery? What was due to the privileging of one form and source of knowledge over another? What factors led to this? What was the impact? What is the continuing impact? What is still to be done?

Roisin Kiberd, author of the recently published 'The Disconnect - A Personal Journey Through the Internet’ will join Ireland’s Edge co-curator Síobhra Quinlan to explore the emerging ‘known’ digital world, mapped out by Róisín in an unflinching, intimate and razor-sharp account, illuminating the intangibility of our digital existences. In unraveling the tangle of our physical and connected lives, what unknown truths about ourselves, and others, are revealed?

Professor Diarmaid Ferriter and Dr David Kenny discuss contemporary competing narratives around an array of issues in public life from Covid 19 to Irish Civil War commemoration to the Commission on Mother and Baby Homes to the idea of contested citizenship in Northern Ireland. What happens when the lived experiences of individuals collide with the necessity to meet impossible verification criteria. Is it ever possible to meet individual or collective expectations of closure , vindication, acknowledgment and retribution?


Music from the Edge

There will be an ethereal performance from the otherworldy Dublin singer and composer Rachael Lavelle, whose dark and haunting music recently gained her a performance spot at SXSW, as well as a blazing debut performance from the exciting and fresh new voice of Fay'd, whose recent drill remix of leaving cert classic An Spailpín Fánach has been making waves online.

For more conversations from The Edge, check out 'Ireland's Edge - The Podcast' or watch on YouTube.